Mia Mungin's older sister died from asthma 18 years ago. Now her younger sister is fighting for her life in the same hospital

A New York City healthcare worker who believes she gave her little sister COVID-19 is now begging for help to save her life.

Mia Mungin, 37, says her sister Zoe Mungin, 30, is now fully reliant on a ventilator to breathe at Brooklyn's Brookdale Hospital after testing positive for COVID-19. She was rushed to the emergency room last Friday after earlier being sent home to recover by herself.

“They intubated her in the ambulance,” Mia said. “They told us she was intubated and the sickest in the hospital and that we need be prayerful.” As of 1 a.m. Wednesday she was told her sister can no longer breathe on her own at all, she said.

Zoe, a charter school teacher, first showed signs of being sick on March 12 -- a few days after she had been checking on and bringing food for her sister, who was showing symptoms of the coronavirus. The sisters live together in East New York.

Mia said she can't get one encounter between her and her sister on March 11 out of her head. She and Zoe were next to each other talking. “She sat next to me,” Mungin recalled. “She says, ‘How are you doing?’ And I was coughing, and then she said to me, ‘You coughed on me,’ and I’m just playing these words in my head like an echo, you know.”

Zoe had a fever and then began to feel worse through the weekend. She went to the ER with a fever of almost 104, Mia says, but the hospital didn't have enough beds to take her. By last Thursday, Zoe has worsened and Mia called 911. Despite having shortness of breath, Mia says the hospital would not test Zoe for COVID-19 and said her sister's lungs were clear. Zoe signed herself out but the next day was rushed back and has been there since.

"I feel so distraught," Mia said. "We take our all to take care of our patients and to know I can’t help my family."

Zoe's doctors applied for her to be included in a clinical trial for the drug Remdesivir, Mia said. However she was told Tuesday that it hadn't been approved, sending her to Twitter with a desperate plea: Help me to help my sister.

Zoe's family is now hoping a compassion-use request for the drug might be granted and several of Zoe’s friends are reaching out to local politicians and campaigning on her behalf.

Mia is also thinking about other options that may help her sister, such as a plasma donation. She believes that given she likely had COVID-19, she might be be able to help her sister. “I must have some sort of antibodies in me that may be beneficial to her so that it will help her fight this.”

Mia works for a home health care agency that sends home care nurses into the field. Part of her job is to interview candidates, and she says she interviewed a number of nurses who had been working in hospitals on the front-line of COVID-19. After feeling sick, she says she asked four times to be tested but was never approved. She says doctors now tell her they assume she has it, due to her sister's diagnosis.

Mia has already lost a sister to a respiratory illness, 18 years ago. “I had an older sister on my dad’s side and she died of asthma in the same hospital -- not with COVID-19 -- at 20-years-old," she said. "My father was saying it’s like déjà vu. Repeating itself again.” 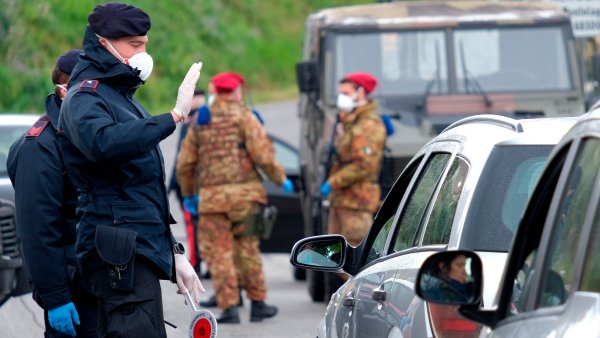 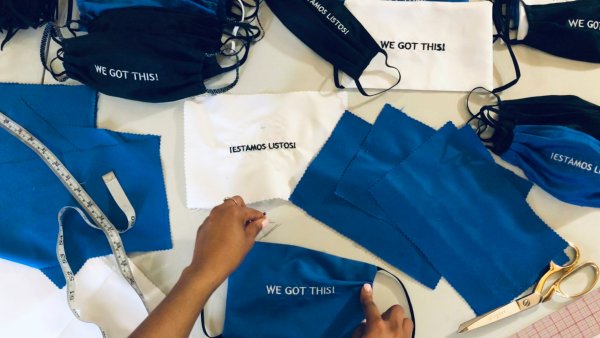 An Army of Sewers Is Making DIY Masks for Health Care Workers. Will Hospitals Use Them?