The strongest storms could dump up to 2.5 inches of rain in as little as an hour and they could linger over certain spots, raising the risk of flash floods

More storms are expected to pummel the tri-state area through the start of the weekend, but they won't be as destructive as the ones that slammed the Jersey Shore Wednesday afternoon after killing at least four people in Pennsylvania.

A severe thunderstorm warning went up Saturday afternoon for much of Long Island until 4:15 p.m.

Thunderstorms moved in Friday afternoon over southeastern Pennsylvania and into central and northern New Jersey. The strongest storms dumped more than two inches of rain in just a matter of a couple hours, and that was still early in the night — with the rain expected to linger in some spots for hours.

A flash flood watch is in effect for a number of New Jersey counties through early Saturday, with places south of NYC having the greatest risk. Monmouth and Ocean counties had flash flood warnings issued through 9:30 p.m. Friday. Check the latest severe weather alerts for your neighborhood here.

The storms are expected to move out overnight, though isolated thunderstorms linger through early Saturday. Storm Team 4 says Saturday will have a foggy and muggy start, evolving into another warm and humid day in the mid-80s. Sunday is expected to be glorious, with cooler temps in the 70s and sunny skies.

Earlier this week, storms wreaked havoc across New Jersey with raging wind gusts near 90 mph and torrential rain. There were multiple reports of wind damage, as intense winds tore down flag poles across Jersey Shore beaches, ripped trees from their roots and left more than 150,000 people without power.

The Storm Prediction Center said the Wednesday system was part of a derecho — a straight-line wind event with reports of sustained winds of at least 60 mph along a continuous path of more than 250 miles.

The storms ripped through Pennsylvania's Montgomery County before hitting New Jersey. A worker at a country club died when a tree crashed through the roof of a building, while trees crashing onto cars were blamed for two other deaths. Another person was killed in Pennsylvania's Delaware County.

Track the storms via our StormTracker 4 interactive radar below. 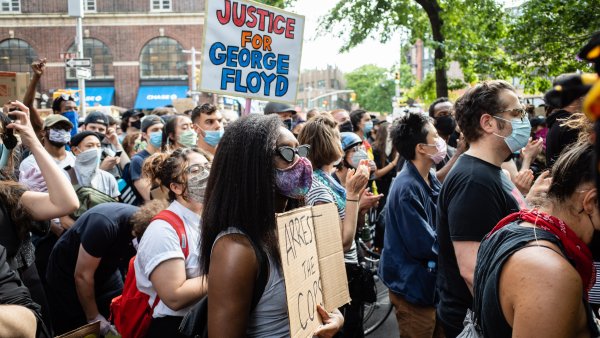 Protesters, NYPD Square Off After Curfew In Brooklyn Following Day of Peaceful Marches 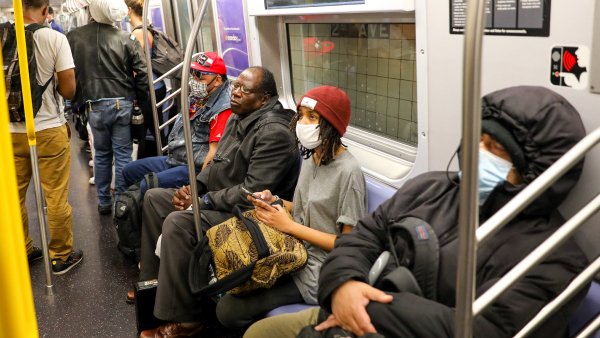