The two identifications are the first new identifications of World Trade Center victims since October 2019. Some 1,106 victims, or 40% of those who died, remain unidentified

Dorothy Morgan, of Hempstead, is the 1,646th person and a man whose name is being withheld at the request of his family is the 1,647th person to be identified through ongoing DNA analysis of unidentified remains recovered from the disaster that claimed the lives of 2,753 people on Sept. 11, 2001, officials said.

"For me, it was September 10 and 12. That's it," Dorothy's daughter, Nykiah Morgan, told NBC New York. "I close doors. Turn off phones. Turn off TV, everything."

This year, the painful anniversary of her mother's death has to be confronted. "When they told me that there were remains found, it was a shock. I think I just …that's the only thing I can say it was just shocking," she said. "It's like you're living it all over again."

Her mother's identity was confirmed through DNA testing of remains recovered in 2001. Even though she accepted that her mother was gone, a small part of her always wondered.

"Maybe she had amnesia. Maybe she's out living a whole different life and she's happy," she said.

Now Morgan has to go through the process of collecting her mother's remains and for the first time in 20 years, she won't hide from the anniversary. Instead, she'll share and remember her mother's beautiful memory.

Dorothy was just 47 years old when she died. She was the first new identification of World Trade Center victims since October 2019, and then the unnamed man's identity was confirmed through DNA testing of remains recovered in 2001, 2002, and 2006.

“Twenty years ago, we made a promise to the families of World Trade Center victims to do whatever it takes for as long as it takes to identify their loved ones, and with these two new identifications, we continue to fulfill that sacred obligation,” Dr. Barbara Sampson, New York City's chief medical examiner, said in a statement. “No matter how much time passes since September 11, 2001, we will never forget, and we pledge to use all the tools at our disposal to make sure all those who were lost can be reunited with their families.” 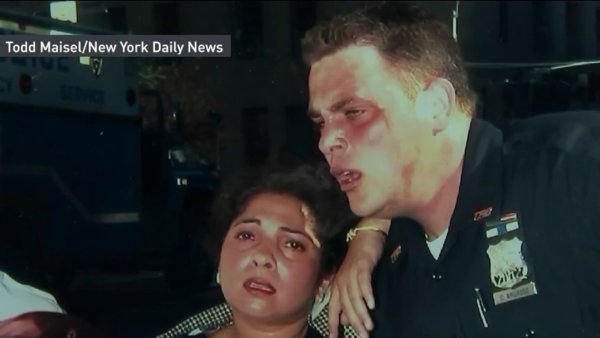 9/11 Changed How We Think About Our Privacy — Only 1 U.S. Senator Saw How That Was Dangerous

The ongoing effort to identify victims of the World Trade Center attack is the largest and most complex forensic investigation in the history of the United States. Now 20 years later, identifications of World Trade Center victims continue to be made possible through advances in DNA science developed and applied at OCME.

Some 1,106 victims, or 40% of those who died, remain unidentified but the recent adoption of next-generation sequencing technology by OCME’s DNA laboratory promises to result in more new identifications. More sensitive and rapid than conventional DNA techniques, next-generation sequencing has been used by the U.S. military to identify the remains of missing American servicemembers.

“We continue to push the science out of necessity to make more identifications,” Mark Desire, assistant director of the OCME Department of Forensic Biology and manager of the World Trade Center DNA Identification Team, said in a statement. “The commitment today is as strong as it was in 2001.”