As residents and businesses across New Jersey continued to spend the holiday weekend trying to clean up damage from last week's storm, rescue workers resumed the search for two friends whose car was caught up in the floodwaters.

Nidhi Rana, 18, and Ayush Rana, 21, were last seen Wednesday evening when their car began floating toward a spot where the water flows underground toward the Passaic River. Passaic Mayor Hector Lora said in a text Sunday that a dozen search boats were taking part with the aid of a state police air unit.

Gov. Phil Murphy, who said Saturday night the death toll in the Garden State had reached 27, said at least four people remained missing following what he called a ”historic" storm. He said he had already sought federal assistance and would continue to ask for more “because we need it."

“We had rain in many communities in two or three hours that were equivalent to what they normally get in a month or two,” Murphy told CBS's “Face The Nation" on Sunday. “This, sadly, we think is part of what we’re going to be facing, more frequency and more intensity."

The remnants of Hurricane Ida killed at least 50 people in six Eastern states after it brought historic rain Wednesday that led to deadly flooding and sudden storm waters.

President Joe Biden is scheduled to be in New Jersey and New York City on Tuesday to survey storm damage, according to the White House. 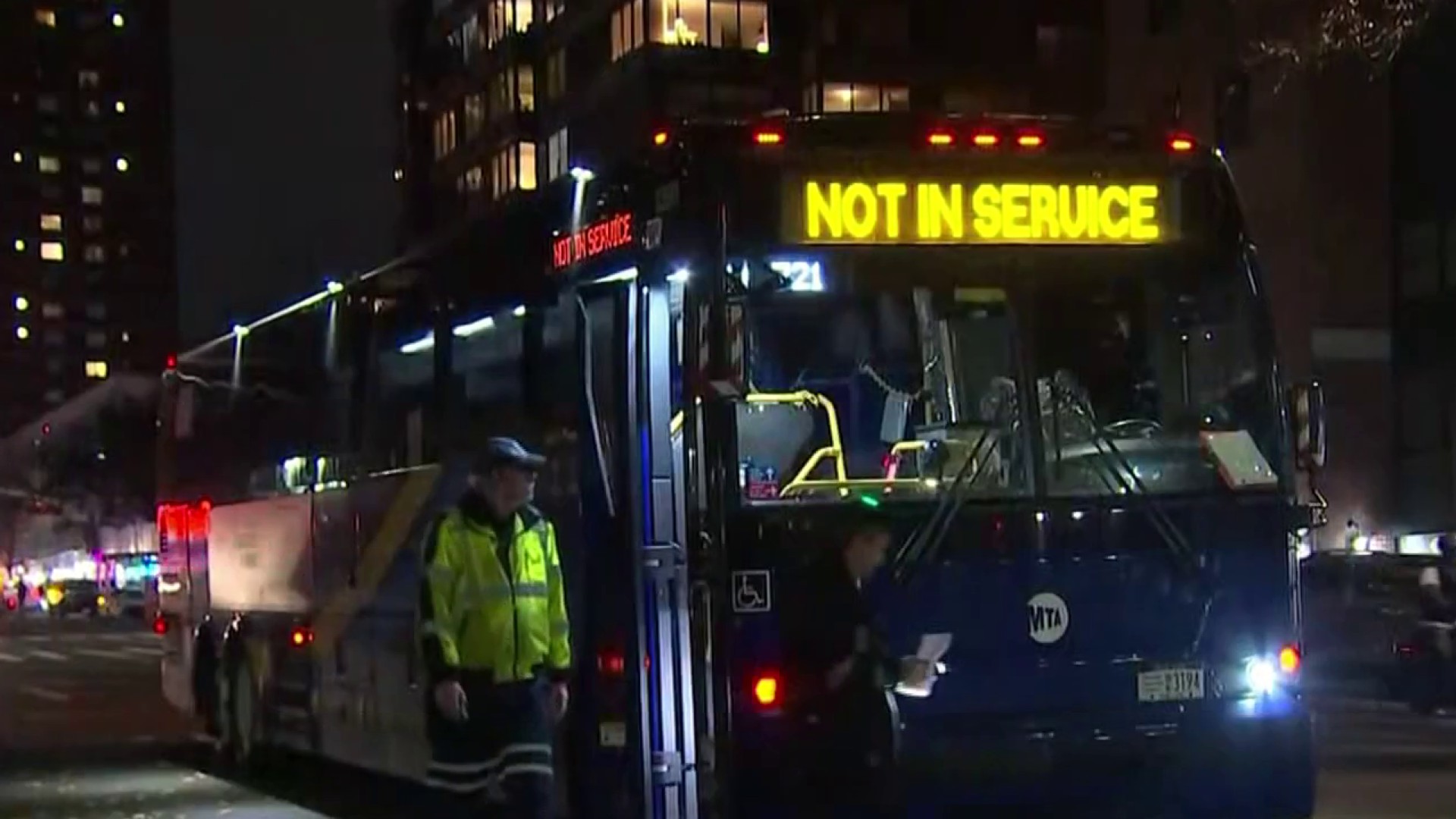 Upper East Side 17 hours ago

Woman Dies After Hit By Car, Then Slammed Into by Oncoming MTA Bus in Manhattan: Police

One New Jersey victim who died the day after the storm was apparently electrocuted while trying to plug in a generator, authorities said. Aventino Soares, 58, of Bloomfield, was found by police officers at about 11:30 p.m. Thursday on the side of an Ampere Parkway house, Bloomfield police told NJ.com.

According to his obituary, Soares was a founding member of a nonprofit trying to repair a church in Portugal, the country of his birth. He came to the United States in 1986 and lived in Newark before settling in Bloomfield in 1997. He is survived by his wife of 41 years, three children and several grandchildren, his obituary said.

In Connecticut, friends and colleagues remembered State Police Sgt. Brian Mohl as a caring and generous person who acted as a father figure to younger troopers and reveled in his son’s exploits in the soccer field.

Mohl’s cruiser was swept away at about 3:30 a.m. Thursday near the Pomperaug River in Woodbury. Dive teams initially found the empty car then found Mohl’s body further down the river.

“He would take guys in if they needed a place to stay,” State Police Sgt. Corey Craft told the Hartford Courant. “He was a behind-the-scenes guy with a heart of gold. The world lost a good person.”

A wake for Mohl is scheduled for Sept. 8 at the Xfinity Theater in Hartford, and his funeral will be held there the following day.

The waters from the remnants of Ida began to recede on Friday, revealing damage and losses for families across the region. Gaby Acevedo reports.

One New Jersey school damaged by flooding will likely remain closed for the remainder of the calendar year, an official told NJ Advance Media for NJ.com.

Superintendent Michael Burke said there was little chance that the Cresskill Middle/High School in Bergen County, which houses about 1,000 students, will be “even close to being ready until 2022, at the earliest."

The district has gotten permission from state education officials to conduct virtual classes when the school year starts Wednesday, he said. Officials are looking for off-campus locations to serve as classrooms and hopes to have in-person learning for “at least some grades" by November, he said.