It was the start of a long and painful goodbye in Brooklyn on Thursday, as crowds spilled out the door and around the block from a Marine Park funeral home to pay their respects to fallen firefighter Timothy Klein.

It was a sea of support for a man who lived up to the title of New York's Bravest. Klein died in the line of duty Sunday when the second floor ceiling of a Brooklyn house collapsed.

The 31-year-old served the department for over six years, following alongside his father and several other family members working for the department. He was the second FDNY member from Ladder Company 170 killed in the line of duty in just over three years. 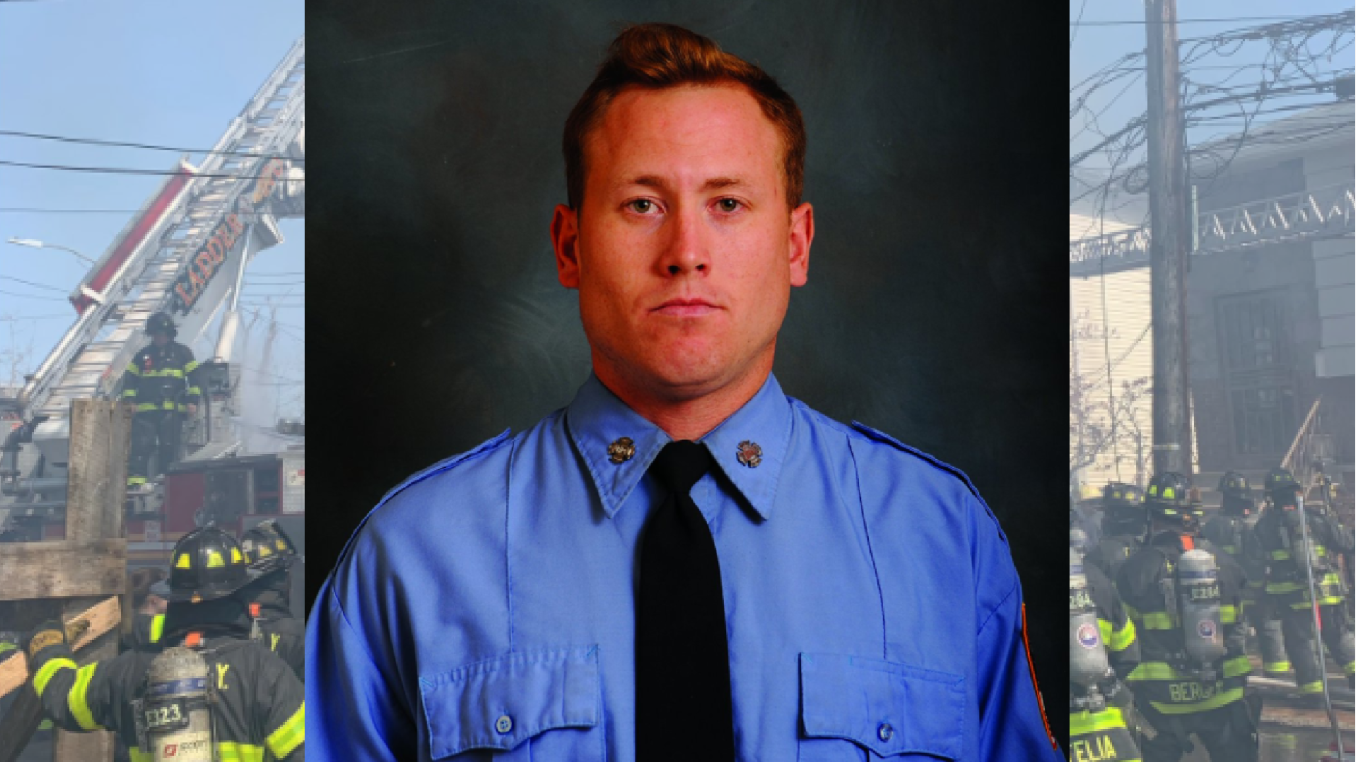 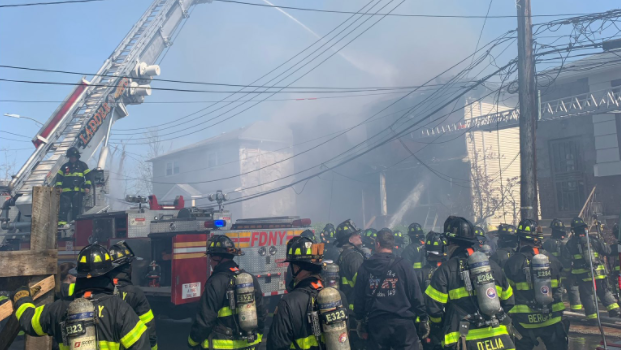 Steven Pollard, 30, died Jan. 2019, helping victims of a car crash on the Belt Parkway after he fell more than 50 feet off the Mill Basin overpass.

Fellow firefighters and others gathered and showed up late into the night Thursday, some sharing hugs as they honored their fallen brother.

"Everything you hear about Tim Klein is, he was the best firefighter, the best son, the best brother, the kind of guy everyone relied on, leaves a hole in our hearts and his family," said Acting FDNY Commissioner Laura Kavanagh.

Members of the FDNY saluted Klein's family as they walked into the funeral home Thursday afternoon. New York City Mayor Eric Adams was among those who paid their respects for a man remembered as a hero.

"I know how happy he was to be in the FDNY in general," said friend and colleague Robert Kittelberger, who was overcome with emotion as he remembered the touching eulogy Klein gave just three years ago for Pollard.

At Pollard's funeral, Klein described him as the "kind of man who would have a lasting impact on not only his Canarsie family, but with everyone he came in contact with."

"When he was writing the eulogy, he came to me asking for help," Kittleberger said.

The funeral for Klein is scheduled for Friday at 11 a.m. at his home parish in Queens, at Saint Francis de Sales Church in Belle Harbor.

It will come five days after hundreds of FDNY personnel stood shoulder to shoulder outside of Brookdale Hospital as Klein's body was removed from the medical center. Klein was killed while responding to a house fire in Canarsie on Avenue N shortly before 2 p.m. Sunday.

FDNY officials said he was inside the structure with other firefighters when the structure became too unstable and they were called back to evacuate. Before Klein and the others could make it out, part of the second-floor ceiling collapsed, leaving him trapped.

Klein was appointed to the FDNY on Dec., 28, 2015, according to the department, and joined Ladder Company 170 in Canarsie after graduating the Fire Academy.

Klein, of Queens, is survived by his parents and three sisters.