Emails authored by FEMA say the head of New York City’s public hospitals proposed to "head off" a critical I-Team news report by signing a "mocked-up" agreement on Sandy disaster aid before the federal government was ready to commit.

According to the emails obtained by WNYC radio, Ram Raju, president of the city's Health and Hospitals Corporation, intended to sign a "mock" letter of undertaking known as LOU in regards to FEMA aid to four public city hospitals in order to pre-empt the I-Team report.

“FYI. I believe that HHC will sign a mock LOU tonight in an attempt to stop the report from the NBC reporter,” wrote Chris Thomas, a FEMA advisor in the New York Sandy Recovery Office.

Laura Phillips, director of the New York Sandy Recovery Office, forwarded that message to various city, state, and federal officials, writing, “I wanted to keep you gentlemen in the loop on what the Dr. means to do to head off the press story.”

It appears from the emails that both city and FEMA officials knew the agreement would carry no legal weight.

“We are printing the letter up and having it signed on mocked up stationary. I am telling Dr. Raju that he will almost certainly have to sign the letter again,” wrote Jeremy Berman, an HHC lawyer. 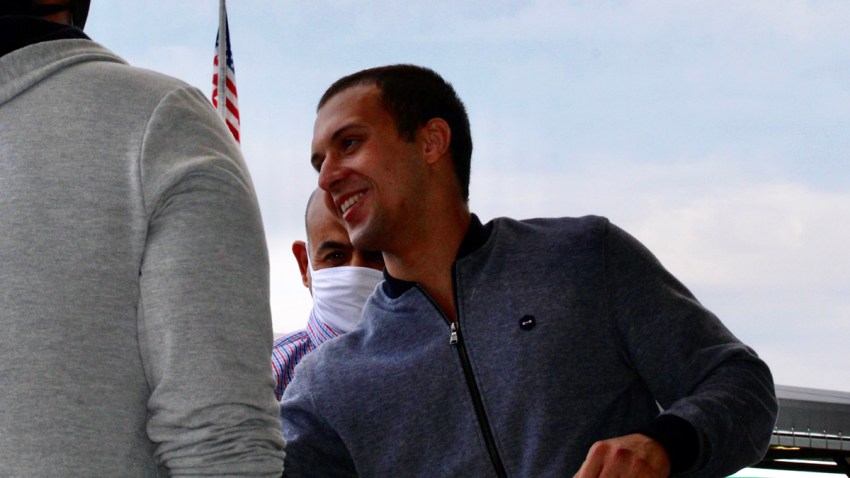 City Hall objected to any suggestion that the mocked up agreement was intended to scuttle a news story.

“It was just impatience about getting through the bureaucracy,” Berman told the I-Team.
"It wasn’t a public relations move, it was a substantive move. And it wasn’t going to be a fictitious document.”

Berman told the I-Team the mocked-up letter was his idea to push FEMA to act faster in approving an official commitment letter.

“It wasn’t going to be something that was fake,” Berman said. “We were saying, ‘Look we’ll start the document. We’ll sign it and send it to [FEMA].'”

But from the beginning, it appears FEMA officials objected to the creation of a dummy commitment letter before an official deal was inked.

“With all due respect, I advise against having a signature on mock-up letterhead,” wrote Thomas.

The city pressed on.

“Our folks want to sign this now (on mocked up FEMA stationary, if nec),” Berman wrote. “I hear your concern about the approach and have passed them on.”

But even as that press event unfolded, there was still no signed agreement with FEMA.

“Unless the document is a legitimate document and we can go on record saying the funding is approved, we do not go on record,” Caetano said. “If we are asked to create a mock document for the sake of making an announcement, we don’t do that.”

City Hall declined the I-Team’s request to interview Raju, but in a statement emailed to the I-Team, the doctor said the additional five months between announcing the FEMA deal and signing it were used to negotiate more disaster cash for New York City.

“While the original agreement announced with FEMA was for $1.6 billion, we continued to work with FEMA to grow the final grant to over $1.8 billion -- hundreds of millions more in additional funds that will further protect our public hospitals,” Raju wrote.

“People don't want to see results three years after the storm. They want to see it yesterday,” Treyger said. “But there seemed to be more emphasis on getting a mock agreement than actually getting a real agreement. And that’s my problem with these emails.”

The city says public hospitals are in far better shape than they were immediately after Sandy. Three years later, equipment has been elevated and temporary flood barriers are ready to be assembled.

But the city could not say whether permanent flood walls would be built at Bellevue and Coney Island hospitals in time for the 2016 hurricane season.

Just a few blocks from Bellevue, a permanent flood wall has already been built around the new emergency center at NYU Medical Center.

A permanent flood wall is currently under construction at the VA Harbor Medical Center. As a federal agency, the Veteran’s Administration went straight to Congress for funding and did not have to appeal to FEMA.