President Trump tweeted that he will announce his nominee on Tuesday at 8 p.m. ET

Gov. Andrew Cuomo on Monday called for a state constitutional amendment to codify abortion rights should Roe v. Wade be overturned, the latest idea from Democrats in this blue state eager to push back against the new administration of President Donald Trump.

Addressing hundreds of abortion-rights supporters rallying in Albany, Cuomo said New York must ensure that legal access to abortion services and birth control continues regardless of what Trump and other Washington Republicans do.

"Our rights are under attack in Washington," Cuomo said at the event. "As they pull on our rights, we're going to push back." 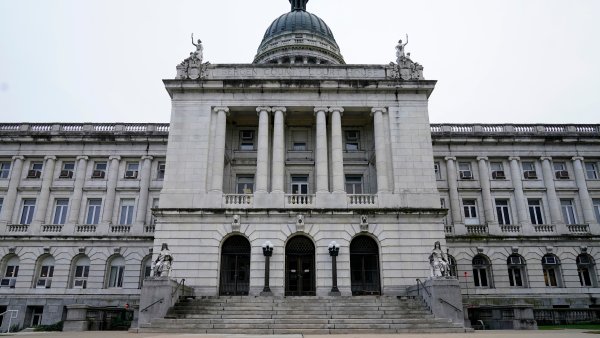 Planned Parenthood President Cecile Richards introduced Cuomo at Monday's rally and hailed the governor's proposal "at a time when access to reproductive rights is under attack."

Cuomo's proposal is likely to face significant opposition from the Republican leaders of the state Senate, who have successfully blocked earlier attempts to codify Roe v. Wade in state statute.

Republicans did not immediately weigh in on Cuomo's proposal Monday, but a spokesman for the New York State Catholic Conference quickly dismissed it, predicting that it will fail. Dennis Poust, a spokesman for the conference, questioned why it would even be needed in what he called "one of the most pro-abortion states" in the nation.

"No one can credibly claim that access to abortion is under any threat in New York," he said.

Constitutional amendments require two separate legislative votes before going to voters - meaning it will be a few years before it appears on the ballot.

The delay is troubling to Democratic state Sen. Liz Krueger of Manhattan, who is the sponsor of legislation that would codify Roe in state statute, something that she said could be accomplished more quickly than a constitutional amendment.

"A constitutional amendment wouldn't take effect until 2019 at the very earliest - and likely much later," Krueger said. "That's simply too long for New Yorkers to wait."