The legislation proposed by Mayor Bill de Blasio and the City Council Monday to regulate the city's cooling towers in an effort to combat Legionnaires' disease will be expanded into a statewide policy, Gov. Andrew Cuomo said Tuesday.

Cuomo said he's working with de Blasio and City Council Speaker Melissa Mark-Viverito to draft regulations mandating time frames and processes for maintenance and testing of cooling towers, fines for failure to comply and a statewide registry — all part of a unified effort to battle the "unparalleled" outbreak of Legionnaires' disease in the South Bronx and other outbreaks across the state, officials said.

City legislation will be passed by the City Council and adopted by the mayor, while the governor will use his emergency powers to make the policy statewide, according to a joint news release. They aim to have the regulation completed in the next several days. 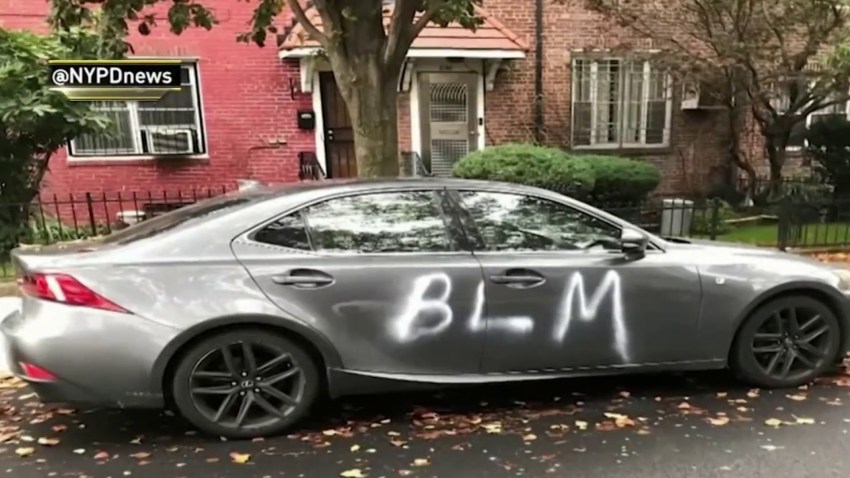 "This legislative action will be the first of its kind for a major American city, as well as first set of regulations by any state in the union," de Blasio said in the news release. "As the current outbreak tapers off, we now look to how to prevent these outbreaks in the future, and this groundbreaking legislation provides the tools needed to safeguard our communities."

Twelve people have died from Legionnaires' disease, a severe, often lethal, form of pneumonia, amid the largest outbreak the city has experienced in its history, Mayor de Blasio said Monday as officials in Rockland County announced three cases there, including one connected to the New York City outbreak.

That brings the total number of people sickened in the outbreak that has rocked the south Bronx since July 10 to 115. Officials have said the people who died were middle-aged or older adults with underlying health conditions.

De Blasio said the cases added to the total Monday reflect cases that were not previously reported, not ones that are new. He said no new cases of the disease within the south Bronx cluster have been reported since Aug. 3, which he called a "very promising sign."

Meanwhile, officials said Tuesday an inmate at Rikers Island has tested positive for Legionnaires'. A spokeswoman for City Hall said the case is not believed to be connected to the South Bronx outbreak and that the 63-year-old patient, who had underlying medical conditions, is being treated with antibiotics. The inmate entered custody in December 2014, according to a city source.

The spokeswoman said the Department of Corrections' six active cooling towers were chemically disinfected last month, "but out of an abundance of caution, all six towers are being cleaned again."

No other jail is affected, officials said. Inmate and staffers at Rikers are being offered screening for the disease.

Last Friday, officials said that a worker at a Rockland County plant was diagnosed with the disease, the first recent case in the area reported outside the New York City cluster. Then on Monday, officials said two new cases of Legionnaires' were identified in the county, and of the three cases, one of them was connected to the Bronx outbreak.

It's not clear how the sickened individual acquired the disease in the Bronx.

"You may hear of sporadic cases in other parts of the city," said Oxiris Barbot of the New York City Department of Health and Mental Hygiene. "That is part of the picture we see with Legionella and it doesn't mean we're about to have an outbreak in another part of the city."

Some attendees expressed fear, while others were frustrated that the mayor wasn't there.

"I wish he came and gave us feedback with how his office is dealing with it," said Roberta Yancy of Melrose.

Resident Vivian Lovett-Cooper was diagnosed with Legionnaires' two years ago and said, "I just want to know any follow-up, because I don't want to have to go through this again."

The mayor has said the source of the outbreak appears to be one or more of the five originally identified buildings, all of which have been disinfected, he said. In total, 11 of 39 buildings with the type of cooling towers that may lend themselves to Legionella growth have been found to be contaminated. Results on five buildings are still pending. More than 700 sites were canvassed by city, state and federal officials.

Four sites previously tested positive for Legionella but are not related to the outbreak. They are a Verizon building at 1106 Hoe Ave., the 62nd NYPD Precinct station house, and a building at 1201 Lafayette Avenue, all in the Bronx, as well as a building at 230 East 123rd St., in Harlem.

Three more sites tested positive for Legionella from testing done by the state over the weekend, but those sites are outside the impact zone and not necessarily related to the Bronx outbreak, officials said. Officials will identify those sites shortly.

Prior to this outbreak, which health officials have said is the largest in New York City history, no city records were kept as to which buildings had cooling towers.

"Since there was no handbook or playbook previously provided, we've all had to work together to find each and every location that might be suspect and to act accordingly," de Blasio said. "That process has been done with a tremendous effort by a variety of city agencies."

Health Commissioner Mary Bassett issued an emergency executive order last week requiring all owners of cooling towers to disinfect their towers within 14 days. The order applies to all people who manage or control water recirculating cooling towers in New York City, not just in the Bronx.

According to the order, these individuals must clean their towers if they have not been disinfected in the last 30 days; they must also hire environmental consultants. Failure to comply is a misdemeanor.

"We know that the south Bronx is already bearing an unfair burden of disease and we must remain vigilant," Bassett said.

The state is offering free testing for landlords and building owners with cooling towers, and Cuomo said there's no excuse to not address the problem.

"At this point, I think this is the height of irresponsibility for owners to not have cleaned or checked their towers," said Cuomo.

Legionnaries' disease is rare in healthy people and easily treatable with antibiotics, but more serious illness tends to occur in diagnosed people over the age of 50 and people with diabetes, chronic lung disease, kidney disease and those with weakened immune systems. It cannot be spread from person to person; a person who has Legionnaires' most likely breathed in water mist that contained the bacteria — the kind of mist that comes from cooling towers in large air conditioning systems.