The removal of homeless individuals from hotels in places such as the Upper West Side has been put on hold, the city said Monday.

"At this time, while Commissioner (Steven) Banks and Corp Counsel (James) Johnson are reviewing the situation, we are not moving any clients from these locations as part of this initiative," the city's Department of Homeless Services said in a statement.

The city had been housing homeless in hotels throughout the city since the start of the COVID pandemic. With tourism all but gone for months earlier in the year, the city opted to use the empty hotel rooms for temporary homeless residences in order to help keep those at-risk people, many of whom suffer from mental illness, addiction and more, safe.

But the move did not come without critics. Many on the Upper West Side said their quality of life had been suffering as a result, complaining about having to walk by people passed out on the sidewalks and performing lewd acts along the street. 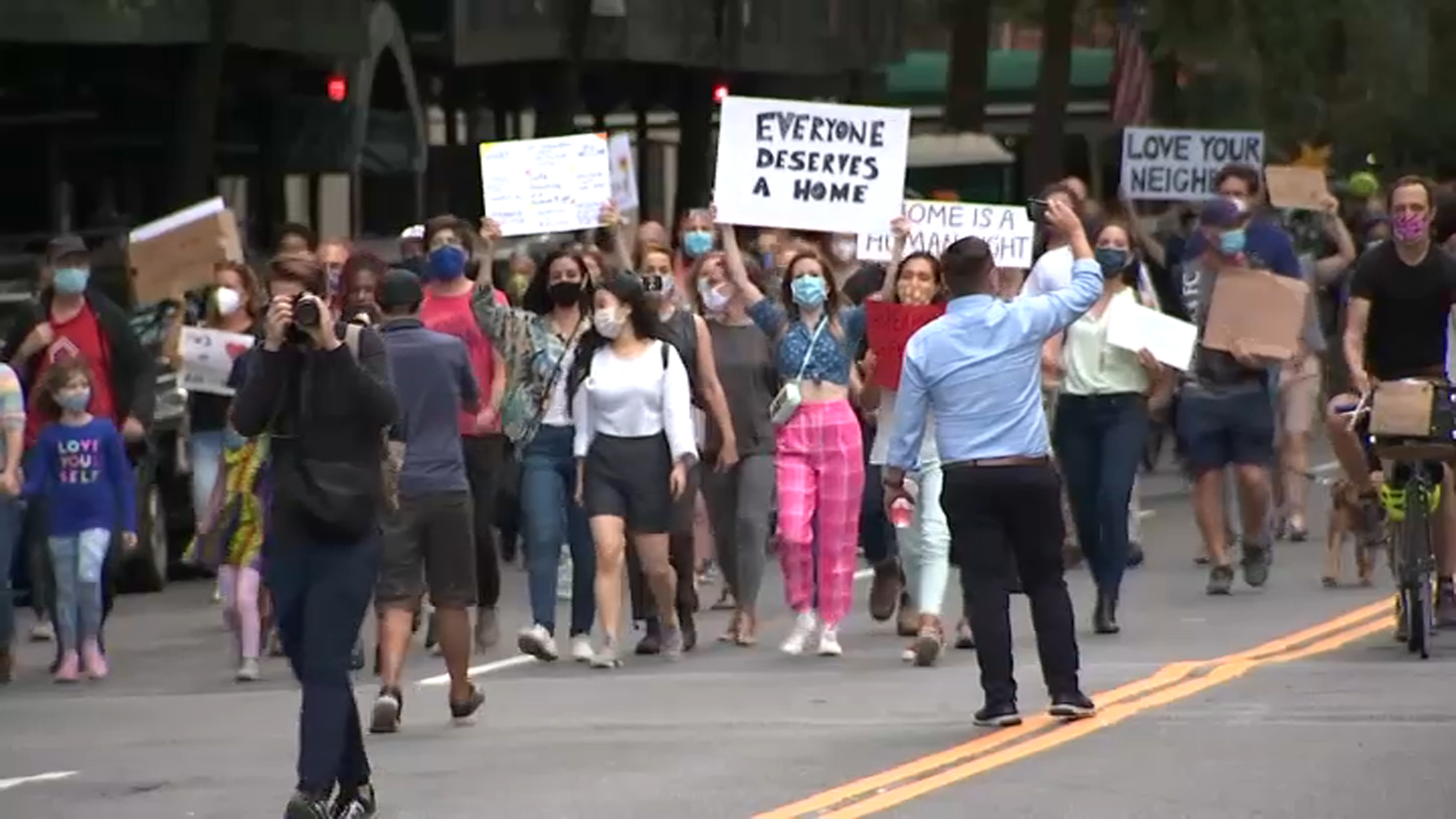 In a statement, the Legal Aid Society praised the decision to pause moving people from the hotels and into other shelters around the city — a move that they say would have forced the shelters to kick out some of those who were already there. The Flatlands shelter in Brooklyn, the Harmonia shelter in Manhattan, and the Lucerne and Long Island City Plaza hotels were places where people would have had to move, at a time (when school is about to start amid a pandemic) that would have had deeper impacts on homeless families.

"We continue to negotiate on next steps and we hope the City will arrive at a solution that ensures that every New Yorker in shelter can be safe and healthy and receives the accommodations that they are entitled to as prescribed by law," the statement from Legal Aid Society said. "If the City falls short of this legal obligation, we will sue in court."

Meanwhile, a group that has been calling for the homeless population to be moved from the Lucernce Hotel said they still expect the individuals to be out by the end of the month.

"We understand and expect that the City will honor its commitment to move folks out of the Lucerne and into state-accredited shelters with proper services on-site by the end of this month," the West Side Community Organization said in a statement. "As the Mayor has explained, SRO hotels should only be temporary housing, and what's happening on the Upper West Side is 'not acceptable,' so this move will be a win-win for this neighborhood and this vulnerable population."

During his morning press conference, Mayor Bill de Blasio said putting people in the hotels was always going to be a temporary one, and that with shelter populations down more than before, there is room to move some back into places where they can get the help they need.

"We want to make sure that each person is treated with dignity. Again, I don't think a temporary hotel placement should be misunderstood as the ideal. I don't think it is the ideal. It was never meant to be the ideal," the mayor said. "We got to get people to the right kind of location for them. So this is why the whole system is being looked at right now."

Monday's decision not to move those in the hotels comes after homeless advocates marched up de Blasio's home on Sunday to protest the city's decision to remove some the 300 people living in hotels configured for temporary housing.

Advocates at the time said the decision to relocate people staying at the Lucerne Hotel would have a domino affect on those already staying in shelters across the city, forcing them out to make room for the incoming residents.

Protesters led by the Upper West Side Open Hearts Initiative marched from the site of the controversial Lucerne Hotel on 79th Street to Gracie Mansion on the Upper East Side as part of a demonstration to call attention the plan in hopes of prompting intervention from the mayor.

"We are here to stand with residents of the Lucerne and the residents of the Harmonia to say that we will not let the imagined fears of white people continue to dictate the lived experience of Black New Yorkers," one of the advocates said Sunday.

It was announced last week that 300 homeless residents who had been temporarily staying at the Lucerne Hotel and at another location in Queens would be moved after local residents on the UWS complained of quality of life issues in the neighborhood. But protesters say moving them again is unfair to people who will be shuffled around, pushing out those in shelters to make room for others.

"Now we are going to have hundreds of New Yorkers be displaced solely because the mayor would not stand up for what's right and decided to give in to racist fear mongering," said Jacquelyn Simone of the Coalition for the Homeless.

The community divided over hotels turned shelter and whether they are helping or hurting the area, Rana Novini reports.

A spokesperson for the mayor released a statement Sunday that read, "We've done more to help New Yorkers experiencing homelessness than any previous administration, transforming a broken shelter system that had been left to languish for decades. We'll continue to do all we can to support our most vulnerable as we navigate these unprecedented circumstances."

"Its not too late. I think the mayor should reverse his decision, it is not too late," said NYC Council Member Helen Rosenthal, who joined the protesters.