Get a Wrong Absentee Ballot in NYC? Here's What to Do (and Not Do) About It

All voters who got the bad ballots will receive new ones before the Nov. 3 election, with the vendor covering the cost, said the NYC Board of Elections' director

Attention Brooklyn voters, if you received a ballot envelope listing the wrong person, do not return your ballot, instead wait to receive a corrected absentee ballot packet and instructions, according to the New York City Board of Elections.

Mail-in voting got off to a rocky start in New York City, where election officials sent out nearly 100,000 absentee ballots with the wrong names and addresses printed on the return envelopes.

The deluge of faulty ballots, sent to voters across Brooklyn, could result in ballots being voided if voters sign their own name on return envelopes bearing different names.

According to the city's board of elections, it will automatically mail affected voters a corrected absentee ballot packet with instructions.

The board is also reminding New Yorkers, they can still opt to vote in-person.

The New York City Board of Elections blamed the initial ballot problem on the company hired to print and mail the ballots.

The faulty ballots are limited to one print run of ballots sent out to Brooklyn voters, the board's director Michael Ryan said at a board meeting Tuesday. He didn't say during the meeting how many were printed. But Gov. Andrew Cuomo's top aide Melissa DeRosa said the issue was contained to about 100,000 ballots.

All voters who got the bad ballots will receive new ones before the Nov. 3 election, with the vendor covering the cost, Ryan said. He said the move will “make certain that absolutely no disenfranchisement occurs in the borough of Brooklyn.”

It's unclear exactly how the city will handle voters who had already mailed their completed ballot back in the provided envelopes.

Ryan said elections workers will reach out to voters by social media and, if available, by telephone and email addresses. And he said the board will ensure all received ballots are "appropriately processed" and tallied votes are “properly credited."

“It is essential that confidence be established on this process and that we make certain we have all the voters who potentially have a problem have a full and fair opportunity to remedy that problem,” Ryan said.

The Rochester-based printing company, which was founded in 1985 and calls itself the state's largest supplier of ballot materials, is urging those who call its offices about absentee ballot issues to contact their local board of election.

"Phoenix Graphics is working hard with your board of elections to ensure that everyone will have what they need to vote,” the company's voicemail message said Tuesday.

Meanwhile, the city elections board also was dealing with confusion regarding another printing anomaly on absentee ballots. 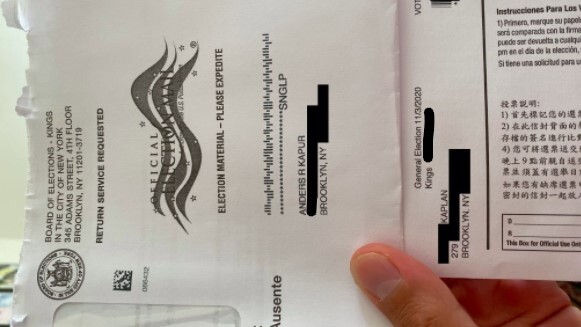 100,000 Absentee Ballots to Be Re-Mailed in NYC After Printing Error 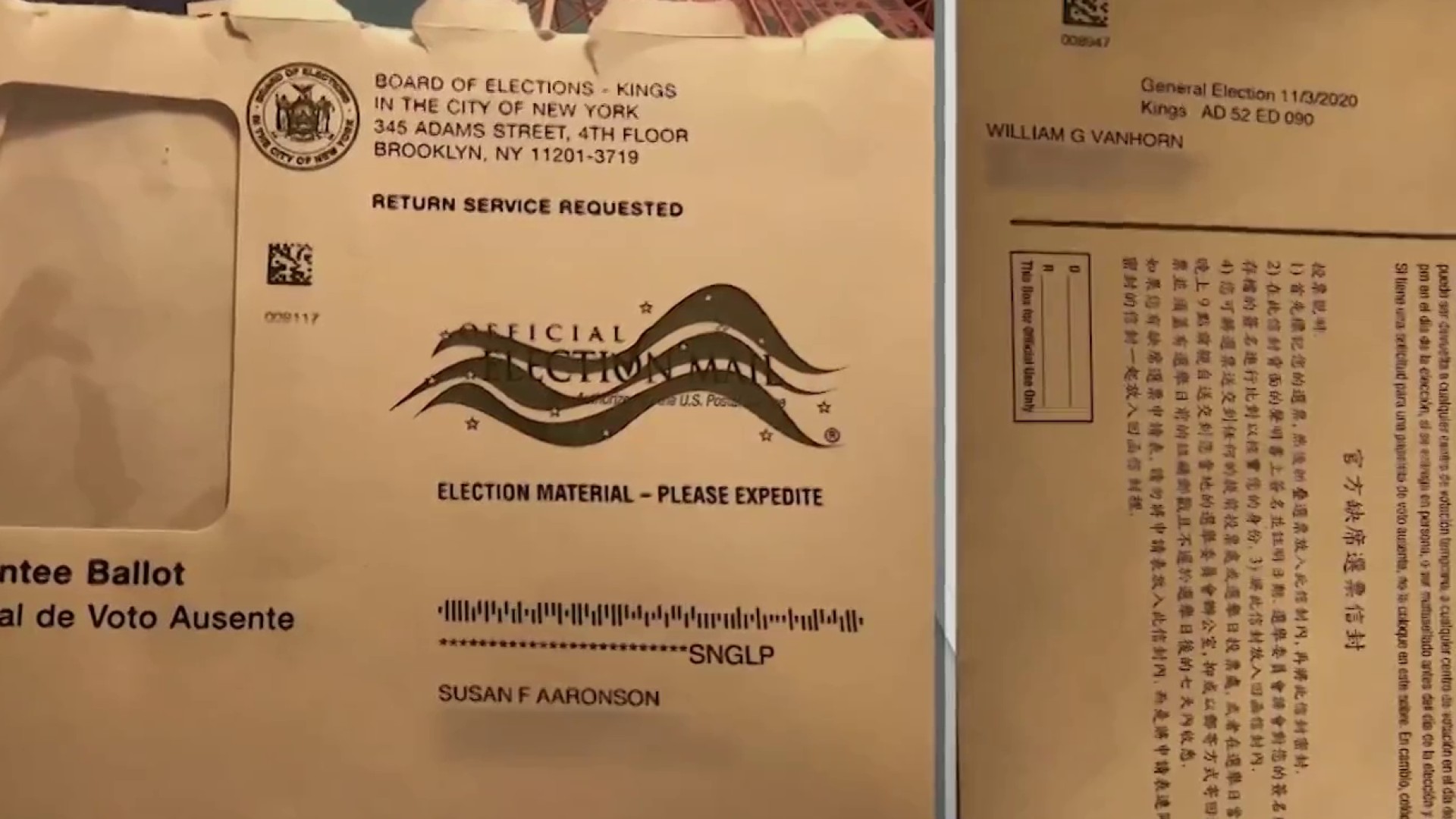 Ordinarily, absentee ballots in the city are sent out with a heading identifying them as an “Official Absentee / Military Ballot.” This year, the slash between “absentee” and “military” was left out, leading some voters to believe they had mistakenly been mailed a ballot for use only by members of the military.

The board tweeted that the ballot was still good for use by any registered voter.

The pair of mishaps took place despite intense scrutiny of mail-in voting nationwide. And it comes on the heels of a rocky spring primary in New York in which election boards struggled to handle a record amount of voting by mail.

Marla Garfield, an editor who lives in Brooklyn, said she was among those who received a ballot envelope with another person’s name.

Garfield said she is “furious” about the errors and plants to vote in-person out of concern replacement ballots won't arrive in time. She’s worried the confusion will fuel distrust in mail-in-voting.

With five weeks left until the Nov. 3 election, many voters are eager to cast their ballots absentee and early. A growing number of registered voters in Brooklyn, however, received ballots on Monday with an incorrect return address. NBC New York's Rana Novini reports.

“The fact they don’t know how far reaching it is, is troubling,” she added. “And you have this moment where really, now this election, this is the one this is happening to?"

In Brooklyn's Sheepshead Bay section, Victoria Edel, 28, said her family of four was excited to open up their ballots to vote by mail. They had requested them online Aug. 22.

Then, they discovered she had received her younger brother’s ballot envelope. Her younger brother had her mother’s. Her mother had the envelope of a woman who appears to live nearby. She said she's worried about people who don't watch the news and perhaps are still sending back ballots in wrong envelopes.

“It feels like it’s really easy for a lot of people to be disenfranchised this way," Edel said.

Because of the coronavirus pandemic, more than 400,000 New York City residents voted by absentee ballot in during the primary. That was 10 times the number of absentee ballots cast in the 2016 primary.

Many voters complained that their absentee ballots didn't arrive in time for the primary. And thousands of ballots cast by mail were later disqualified for minor technical errors, including voters forgetting to sign their name, or the U.S. Postal Service failing to put a postmark on the ballot indicating when it was sent.

The city’s Board of Elections is run by Republican and Democratic appointees picked by county party leaders and is not subject to the control of City Hall. A long list of city officials and the current and past mayors have called for reforms of the body because of a history of election mismanagement.