R. Kelly was sentenced in Brooklyn federal court Wednesday to 30 years in prison -- and he still has a Chicago trial to face

R. Kelly's musical accomplishments have been accompanied by a long history of allegations that he sexually abused women and children. Now the R&B singer has been sentenced in a New York federal court to more than a quarter of a century behind bars.

And he still has a Chicago trial to face. The New York jury found him guilty in September.

While Kelly, born Robert Sylvester Kelly, has vehemently denied the allegations, his accusers testified in detail that he subjected them to perverse and sadistic whims when they were underage.

Kelly still faces a trial in Chicago on charges of child pornography and obstruction of justice. 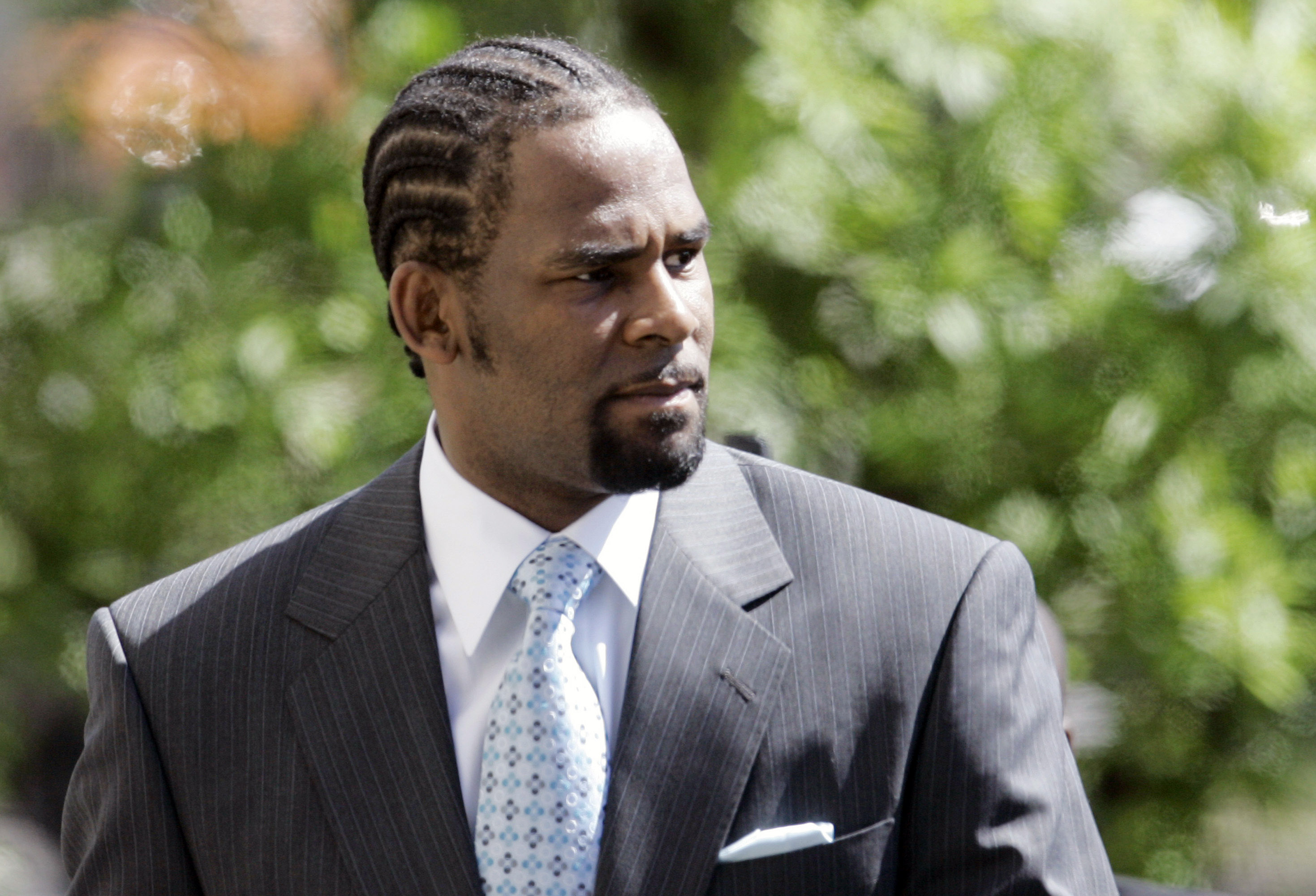 Prosecutors: R. Kelly Should Get at Least 25 Years in Prison 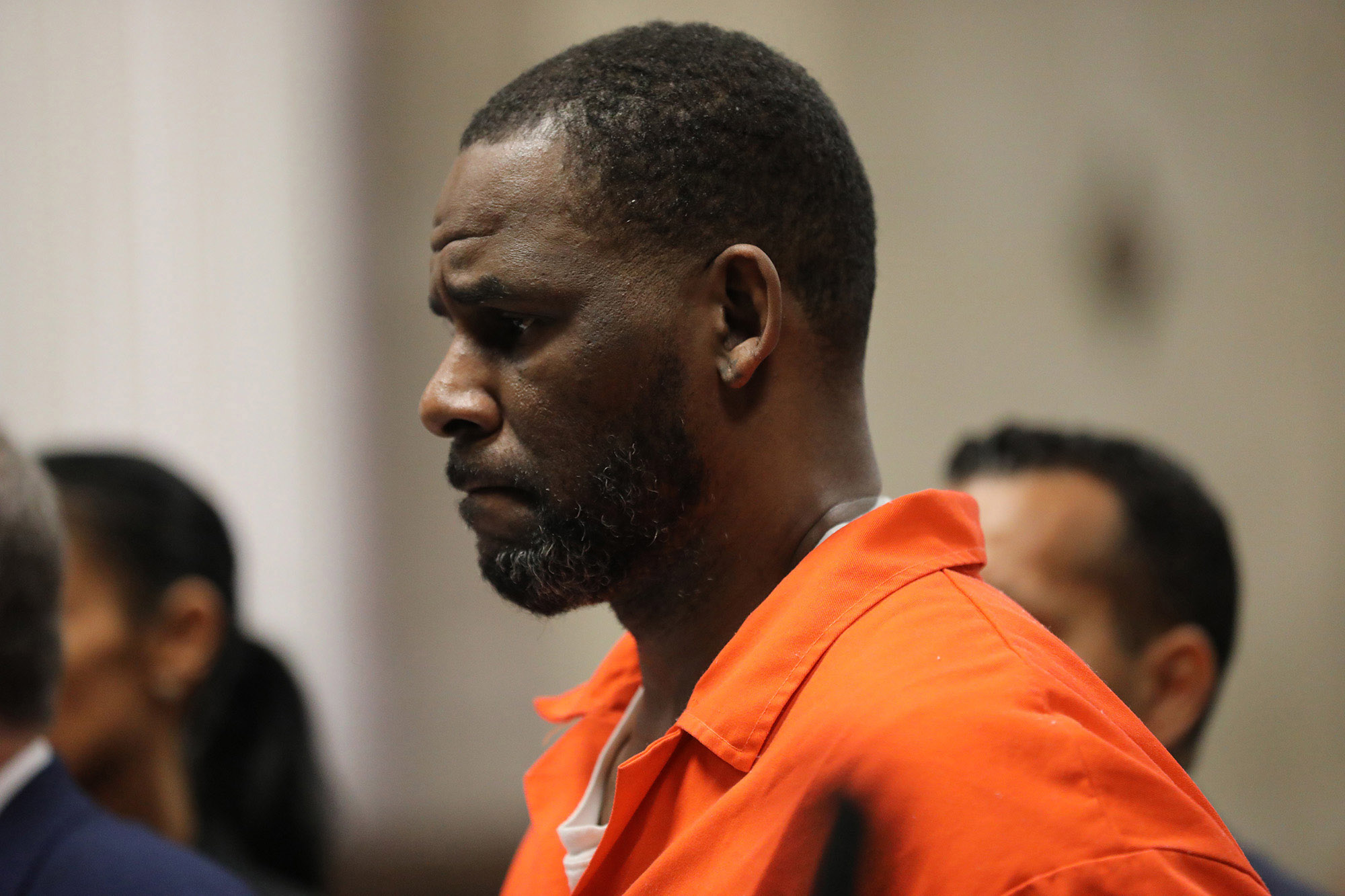 Here is a timeline of Kelly’s life through his rise and fall as a hitmaking R&B artist:

— November 1993: His album “12 Play” is released and eventually sells more than 5 million copies. Hit singles include “Sex Me” and “Bump N’ Grind,” which became the longest-running No. 1 R&B song in more than 30 years.

— Aug. 31, 1994: At age 27, R. Kelly marries 15-year-old R&B singer Aaliyah D. Haughton. The couple weds in a secret ceremony arranged by Kelly at a hotel in Chicago. The marriage is annulled months later because of Aaliyah’s age.

Legal expert Michael Bachner breaks down what the fast jury decision meant for the R. Kelly trial, and what the guilty verdict means for his future legal battles.

— November 1996: R. Kelly releases his third album, “R. Kelly.” A month later, he incorporates Rockland Records. His song “I Believe I Can Fly,” from the “Space Jam” soundtrack, peaks at No. 2 on the Billboard pop chart. The same year, he marries 22-year-old Andrea Lee, a dancer from his touring troupe. The couple goes on to have three children: Joanne, Jaya and Robert Jr.

— Feb. 18, 1997: Tiffany Hawkins files a complaint against Kelly alleging intentional sexual battery and sexual harassment while she was a minor.

— August 2001: Tracy Sampson files a lawsuit against Kelly, alleging their sex was illegal under Illinois law because he was in “a position of authority” over her. The case was reportedly settled out of court for an undisclosed amount.

— Feb. 8, 2002: The Chicago Sun-Times reported that it received a videotape allegedly showing Kelly having sex with a minor. The paper reported Chicago police began investigating allegations about Kelly and the same girl three years earlier. At the time, the girl and her parents denies she was having sex with Kelly.

The same day the news breaks, Kelly performs at the opening ceremonies for the Winter Olympics in Salt Lake City.

— June 5, 2002: Kelly is indicted in Chicago on child pornography charges stemming from the sex tape. He pleads not guilty and is released on $750,000 bail.

— January 2003: Kelly is arrested at a Florida hotel on additional child pornography charges after investigators said they found photos of him having sex with a girl. Charges are later dropped after the judge ruled police didn’t have a warrant to search Kelly’s house.

— September 2005: Andrea Kelly asks for an order of protection from her husband, accusing the singer of hitting her when she said she wanted a divorce.

R. Kelly is guilty of racketeering and sex abuse. Erica Byfield reports on how the color and ages of his victims may have delayed justice.

— June 13, 2008: Kelly is acquitted on all counts after less than a full day of deliberations.

— July 12, 2011: Crain’s Chicago Business reports that a $2.9 million foreclosure is filed by JPMorgan Chase bank against Kelly’s suburban Chicago mansion. A spokesman claims the singer is not having financial trouble.

— March 21, 2012: Kelly announced he is reviving his video series, “Trapped in the Closet.” The project begins as five videos for his dramatic cliffhanger songs in 2007, and eventually grows to several dozen musical chapters dealing with a web of sexual deceit. Kelly teams with IFC to premiere the old and new series, and performs the rap opera at events such as a sing-along at Bonnaroo. There was talk of a Broadway show.

— June 27, 2012: Kelly publishes his autobiography, “Soulacoaster: The Diary of Me,” focusing on his creative and family life rather than his legal troubles.

— Sept. 29, 2012: Kelly is nominated for two Soul Train Awards, making him the most nominated act ever at the awards show.

— July 17, 2017: BuzzFeed reports on parents’ claims that Kelly brainwashed their daughters and was keeping them in an abusive “cult.” One woman says she was with Kelly willingly. Following the BuzzFeed report, activists launched the #MuteRKelly movement, calling for boycotts of his music.

— April 30, 2018: Time’s Up campaign joins the #MuteRKelly social media campaign and pushes for further investigation into Kelly’s behavior. Kelly’s camp responds: “We will vigorously resist this attempted public lynching of a black man who has made extraordinary contributions to our culture.”

— May 2018: Spotify cuts R. Kelly’s music from its playlists, citing its policy on hate content and hateful conduct. Shortly after, Apple and Pandora also stop promoting his music. Kelly’s team pushes back, noting other artists on Spotify had been accused or convicted of crimes.

— May 21, 2018: Faith Rodgers, 20, files a lawsuit accusing R. Kelly of sexual battery, mental and verbal abuse, and knowingly inflicting her with herpes during a yearlong relationship.

— Jan. 3, 2019: Lifetime airs the documentary “Surviving R. Kelly,” which revisited old allegations against him and brought new ones into the spotlight. The series followed the BBC’s “R Kelly: Sex, Girls & Videotapes,” released the previous year, that alleged the singer was holding women against their will.

— Jan. 9, 2019: Lady Gaga says she will remove duet with Kelly from streaming services.

— Jan. 14, 2019: Faith Rogers says Kelly had written a letter the previous October to one of her lawyers, threatening to reveal embarrassing details of her sexual history if she didn’t drop her May 2018 lawsuit accusing him of sexual abuse.

— Feb. 6, 2019: Kelly announces by tweet a new tour outside the U.S., saying he’d be going to Australia, New Zealand and Sri Lanka. The tweet was later deleted following backlash from Twitter users who urged fans not to buy concert tickets.

— Feb. 14, 2019: Attorney Michael Avenatti says he gave Chicago prosecutors new video evidence of Kelly having sex with an underage girl, and that it is not the same evidence used in Kelly’s 2008 trial.

— Feb. 25, 2019: Kelly’s attorney enters not guilty pleas on the singer’s behalf. Hours later, Kelly posts bail and is released from jail in Chicago.

— March 6, 2019: CBS airs interview in which Kelly vehemently denied the sexual abuse charges against him. Later, authorities in Cook County take Kelly into custody after he tells a judge he couldn’t pay $161,000 in back child support he owed his children’s mother.

— May 30, 2019: Kelly is charged with 11 new sex-related counts in Chicago. They involve one of the women who accused him of sexually abusing her when she was underage.

— July 11, 2019: Kelly is indicted by a federal grand jury in Chicago on charges including child pornography, enticement of a minor and obstruction of justice. A separate indictment filed in the Eastern District of New York included charges of racketeering, kidnapping, forced labor and the sexual exploitation of a child. He is again arrested in Chicago.

— July 16, 2019: A federal judge orders Kelly held in jail without bond after a prosecutor warned he would pose an extreme danger to young girls if set free.

— Aug. 2, 2019: Kelly pleads not guilty to federal charges accusing him of sexually abusing women and girls who attended his concerts, as his lawyers continue to label the alleged victims disgruntled “groupies.”

— Aug. 5, 2019: Kelly is charged in Minnesota with prostitution and solicitation related to an allegation that he invited a 17-year-old girl to his hotel room in 2001 and paid her $200 to dance naked with him.

— Oct. 2, 2019: Kelly is denied bail in his New York City sex abuse case after a judge agreed with prosecutors that freeing him from jail would create a risk of him fleeing or tampering with witnesses.

— Dec. 5, 2019: Kelly is charged by federal prosecutors with paying a bribe in exchange for a “fraudulent identification document” for an unidentified female a day before he married R&B singer Aaliyah. He later pleads not guilty.

— March 5, 2020: Kelly pleads not guilty in Chicago to an updated federal indictment that included child pornography charges and allegations involving a new accuser, while prosecutors say more charges alleging yet another victim were upcoming.

— Aug. 12, 2020: Federal prosecutors announce charges against three men accused of threatening and intimidating women who have accused R&B singer Kelly of abuse, including one man suspected of setting fire to a vehicle in Florida.

— Aug. 14, 2020: Kelly’s manager is arrested in California on charges that he threatened a shooting at a Manhattan theater two years ago, forcing an evacuation and the cancellation of the screening of a documentary addressing allegations that the singer had sexually abused women and girls.

— July 24, 2021: Federal prosecutors in Kelly’s sex trafficking case say he had sexual contact with an underage boy in addition to girls, and the government wants jurors in his upcoming trial to hear those claims.

— Aug. 18, 2021: Opening statements begin in Kelly’s long-anticipated federal trial arising from years of allegations that he sexually abused women and girls while pursuing fame and fortune.

— Sept. 27, 2021: The jury finds Kelly guilty of sex trafficking and violating the Mann Act, which makes it illegal to take anyone across state lines “for any immoral purpose.”

— Oct. 20, 2021: A judge orders Kelly to stand trial in Chicago on child pornography and obstruction of justice charges.

— Nov. 17, 2021: A man is sentenced to eight years in prison for setting fire to a car in Florida what authorities say was an attempt to intimidate a potential witness in the sex trafficking trial.

— June 29, 2022: Kelly is sentenced to 30 years in prison on racketeering and sex trafficking charges in Brooklyn federal court.

— Aug. 15, 2022: Kelly is scheduled to stand trial in Chicago on child pornography and obstruction of justice charges.