Carmen Piniero begrudgingly agreed when her landlord asked her to stay in a hotel for two nights in June — and when she returned, her Brooklyn apartment had been torn apart.

It remains that way more than four months later, several rooms rendered uninhabitable due to the surprise construction. Piniero, who has lived in the same rent-stabilized apartment for more than five decades, believes the building's management company is undergoing a deliberately slow renovation to force her out so her apartment can be turned into a co-op and sold for hundreds of thousands of dollars.

"They even offered to buy me a one-way ticket to Puerto Rico so I would leave," said Pinero, 73. "They are trying to move me out. It's terrible. I can barely live here." 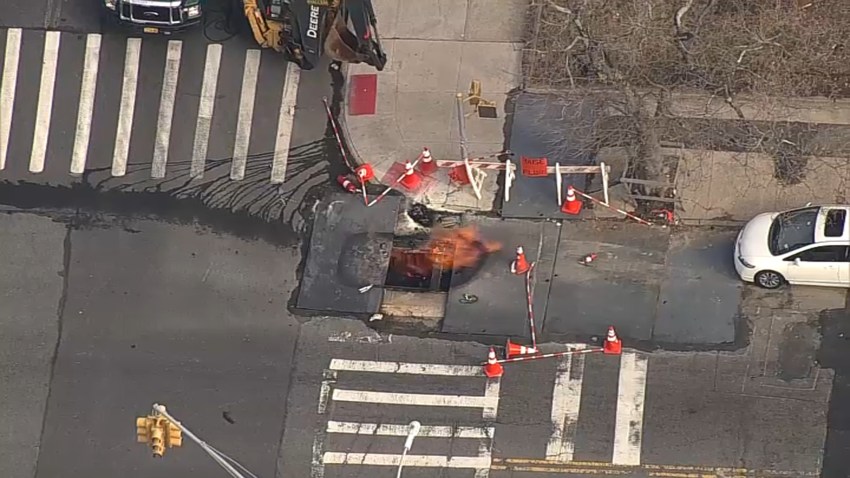 Piniero is paying $562 a month for an apartment in a Prospect Heights building where a two-bedroom co-op apartment currently lists for more than $700,000. Several walls in her home remain torn down, and her bathroom is a mess of exposed wires and sheet rock.

Calling her situation a "nightmare," she appeared with Public Advocate Letitia James on Wednesday outside City Hall as the elected official unveiled the city's annual "Worst Landlords" list.

The list is used every year to shine an uncomfortable spotlight on the landlords who oversee the buildings that have been cited with the most housing violations. Piniero's management company, Gaston Management, is not on the 2014 list but her plight is emblematic of those tenants who feel powerless over their own homes, James said.

"Most of these tenants don't have the resources to address the problem in court," said James, a Democrat who took office in January. "Too many New Yorkers rent in substandard buildings run by landlords who don't make repairs."

A call seeking comment from Gaston Management was not immediately returned.

More than 6,800 buildings made this year's list. Many of them have no heat or conditions hazardous to residents.

Brooklyn is home to the buildings with the most violations, followed by Manhattan and the Bronx. A Bronx management company, 3525 Decatur Avenue LLC which is run by Robin Shimoff, had the most violations with more than 3,350. A call to Shimoff was not immediately returned.