Pope Appoints Dolan to Panel to Investigate Abuse in Ireland

Benedict had pledged the investigation in his March letter to Ireland, which addressed chronic child abuse within the island's Catholic Church and decades of cover-ups. On Monday he urged the Irish Catholic community to support the investigation and see it as a chance for renewal, the Vatican said.

New York Archbishop Timothy Dolan will sit on the panel.

In remarks at the conclusion of Palm Sunday Mass this year, Dolan asked the congregation for their patience as he addressed the scandal head-on. "The somberness of Holy Week is intensified for Catholics this year. The recent tidal wave of headlines about abuse of minors by some few priests, this time in Ireland, Germany and a re-run of an old story from Wisconsin, has knocked us to our knees once again," he said. 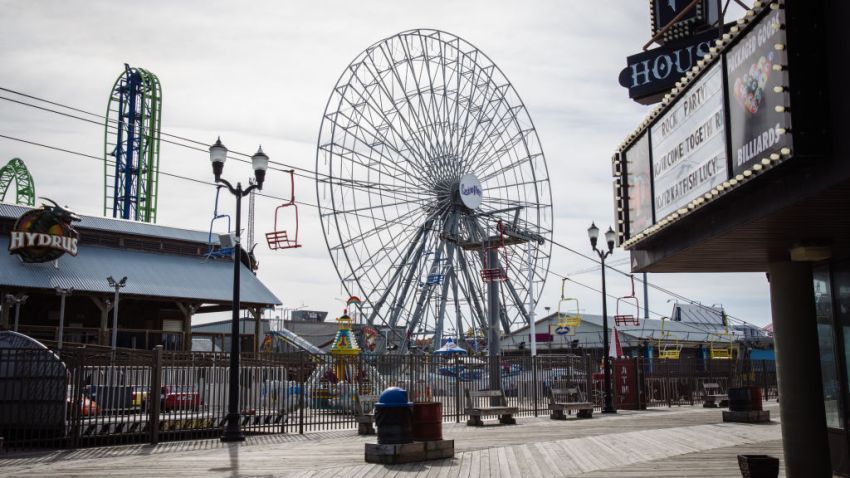 The Vatican announced on Monday the pope had accepted the resignation of an Irish-born archbishop who had led the diocese of Benin City in Nigeria and faced accusations that he carried on a 20-year relationship with a woman that began when she was 14.

Archbishop Richard Burke had been suspended. He was the latest prelate to fall amid the church abuse scandal, as Benedict has moved to clean house and get rid of bishops who either admitted they molested youngsters or covered up for priests who did.

The investigation in Ireland will deal with the handling of cases of abuse and the assistance to victims. It will begin in four archdioceses, including Dublin, and then be extended to other dioceses, the Vatican said in a statement. But it will also look at seminaries and religious houses.

The nine investigators -- or "apostolic visitors" in Vatican speak -- will look at the procedures currently in place to prevent abuse and seek possible ways to improve them.

The Vatican said the investigation is intended to help bishops, clergy and faithful alike respond to the "tragic cases" of abuse and "to contribute to the desired spiritual and moral renewal that is already being vigorously pursued by the Church in Ireland."

The pope apologized for chronic abuse in his unprecedented letter to Ireland, rebuking church leaders for "grave errors of judgment" and appealing to priests still harboring sins of child molestation to confess.

Three Irish bishops have stepped down since December, and there have been calls for the country's top prelate, Cardinal Sean Brady, to leave because of his handling of the case of a notorious child rapist.

The investigators named by Benedict include the archbishops of Westminster, England; Boston, Toronto and Ottawa. Timothy Dolan, the archbishop of New York, has been named apostolic visitor for the Irish seminaries, with the investigation covering also the broader issue of priestly formation. Two nuns were named to investigate religious institutes for women.