Police Search for Driver After Crash Injuries 4 in Manhattan

Police are searching for the hit-and-run driver of a Honda Accord who rear-ended a taxi, sparking a chain-reaction crash involving a taxi, a food cart and a Con Edison van that injured four people near Lincoln Center Monday.

The driver was driving a four-door 1999 Honda Accord with a Pennsylvania license plate at West 62nd Street and Broadway when it slammed into the back of the yellow cab, which in turn hopped a curb and hit a food cart at the intersection. The food cart then tipped over and into a Con Ed work site where a utility van was parked, hurting three people as it toppled.

Law enforcement sources tell NBC 4 New York that the Honda was stolen from the Bronx about 20 minutes before the crash. The car was thought to have been speeding when it hit the cab.

A 39-year-old woman pushing a child in a wheelchair was critically injured, police and witnesses say. Witnesses said her arm appeared to be nearly severed; police say she was taken to Bellevue Hospital. The child was not hurt.

The 23-year-old operator of the food cart also suffered burns to his face and arms when when it flipped with him inside, police said. He was taken to Cornell Hospital.

A 42-year-old man and another victim were injured when the cart fell over on them, but were in stable condition, police said. 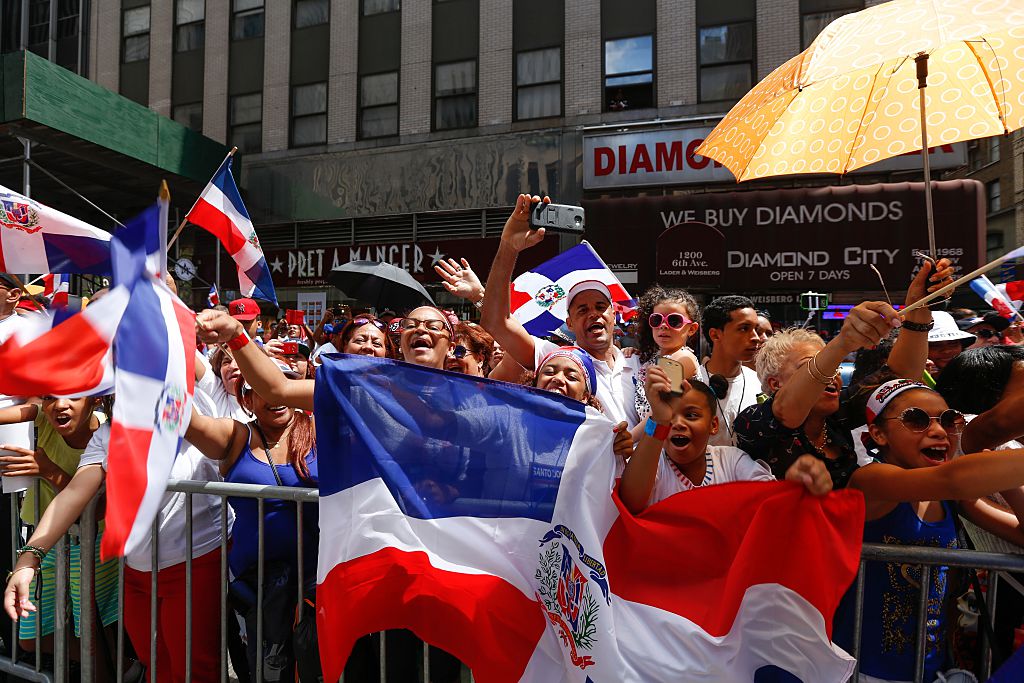 Two people were inside the cab when it was hit, but they were unhurt, the driver told NBC 4 New York.

Anyone with information about the Honda should call Crime Stoppers at 1-800-577-TIPS.