A dramatic scene unfolded late Saturday between a group of protesters and police steps away from an outdoor dining establishment in the West Village.

Officers of the NYPD rushed protesters and bystanders near Hudson Street and W 10th Street after reportedly raiding an art protest in nearby Washington Square Park. The group demonstrating in the park had walked over to the 6th Precinct in an attempt to retrieve music equipment seized by officers in the park.

"After multiple warnings to clear the sidewalk, officers took 12 individuals into custody and they were given desk appearance tickets," a police spokesperson Sunday.

Video of the arrests showed dozens of officers rush a small group of protesters standing on the sidewalk amid pedestrians and West Village diners.

An electronic message was delivered seconds before police rushed across the empty street to arrest the protesters on the sidewalk.

"Please be advised that pedestrians are not permitted to walk in the street or roadway," the message played at the intersection. 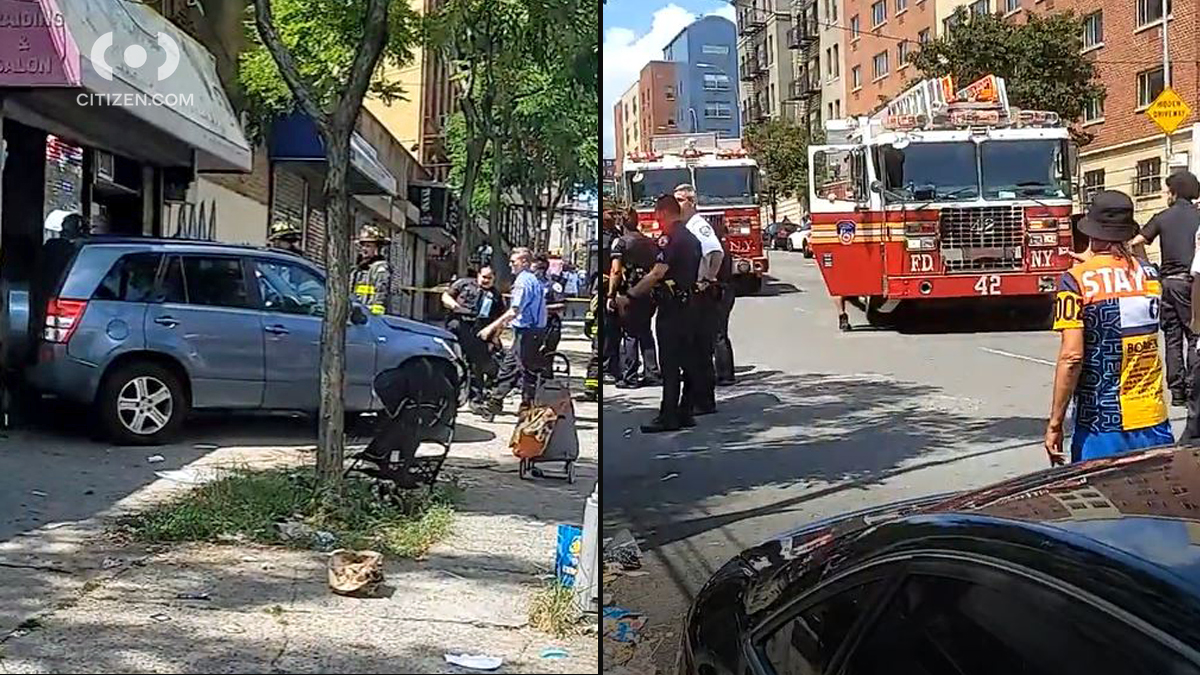 The NYPD described the people on the sidewalk as "a group of roughly 150 demonstrators" who attempted to force their way to the 6th Precinct and "blocked traffic" after stopped by officials. But multiple videos that captured the moments just before the NYPD's charge on protesters showed only a fraction of that size and clear streets.

"We stood on the sidewalk and stood out of the way of pedestrian traffic and still they came, they blocked all intersections and they targeted the main organizers to be able disperse the crowd," one of the protesters told News 4 Sunday.

An NYPD spokesperson said the arrests were for disorderly conduct and obstructing governmental administration but could not provide specific details about what actions were taken by those arrested that constituted obstruction.

Molly Dillon, a policy advisor to New York State Senator Alessandra Biaggi, was near the intersection as the confrontation unfolded. She said it was unclear why such a large number of police officers were needed for a quiet and peaceful gathering.

The arrests were in similar nature as last weekend's arrests of more than 80 protesters in Times Square. Protesters say the NYPD did not allow them enough time to get off the crosswalk and they were violently arrested for exercising their First Amendment right.