On Anniversary of Jersey City Shootout, Man Shot and Killed 2 Blocks From Site

Exactly one year after four people were killed in a shootout at a kosher grocery in Jersey City, gunfire rang out less than two blocks from that tragic scene, leaving one man dead and another hurt.

The shots were fired on Martin Luther King Drive, just down from where a memorial service and a vigil remembering those victims, which included a police officer, were held. Coinciding with the first night of Hanukkah, a candle was lit in the memory of the four lives lost.

It's been one year since four people were killed in a shooting in Jersey City. Pat Battle reports.

On Tuesday Dec. 10, 2019, two rifle-wielding domestic terrorists bent on harming police and Jews stormed a kosher grocery. By the time the shootout on the streets was over, Det. Joseph Seals, Mindy Ferencz, Moshe Deutsch and Miguel Rodriguez were all dead.

Ferencz was the wife of the store's owner, while Rodriguez was an employee and Deutsch was a shopper.

Since the shooting, the congregation's rabbi has made it her mission to fight antisemitism by building bridges between the Jewish community and the community as a whole.

"It's been a year born out of tragedy but a year that has been doing the really important work of really building what it truly means to be part of a community," said Rabbi Bronwen Mullin of congregation B'nai Jacob. 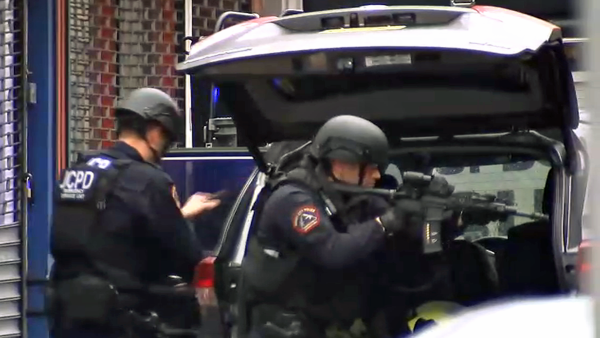 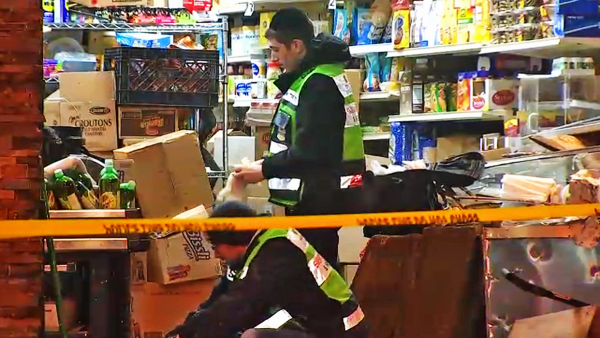 “The shooting at the kosher market last year was a trauma for the community. Since then, we’ve focused on building coalitions that support nonviolence and social justice in Greenville and across the city,” said Michael Zwain, the president of the congregation. "The Memorial is important so we can come together to honor the lives of the four people who died so tragically that day. May their memory be a blessing."

Mayor Steven Fulop, the Jersey City Police Department and family members of the victims attended the memorial at Bayview Cemetery, where Det. Seals was fatally shot by suspects David Anderson and Francine Graham before they went on to commit what prosecutors called a hate-fueled domestic terror attack at JC Kosher Supermarket.

Seals was credited with ultimately thwarting the assailants’ original plans to cause more widespread devastation.

Police body cam and security footage shows new glimpses into the deadly Jersey City shootout. Some of the footage shows a Jersey City officer who was taking cover and firing his weapon in an effort to save lives. NBC New York’s Brian Thompson reports.

Authorities said that Graham and Anderson had planned a bias crime against Jews and against the law enforcement community and did research on a Jewish community center in Bayonne before they decided to attack the market. The shooters were found dead when the gunfire ended.

Murphy said the law will make it clear that New Jersey is committed to the elimination of "hate in all its forms."