NYPD's Chief Chaplain Mugged While Out for Walk in Manhattan; Suspect Arrested

The NYPD's chief chaplain, Rabbi Alvin Kass, was mugged on the Upper West Side while out for a walk early Tuesday, authorities said.

Kass, a 54-year veteran of the force who holds a three-star rank, was out for his daily seven-mile walk along Riverside Park when he was approached around 5:45 a.m. at Riverside Drive and 108th Street by a man who said he was hungry and needed money.

"He knocked me against the fence. We were struggling against the fence," Kass recalled. "When I stop to think about it — I'm an 84-year-old man and I was fighting with a fellow who looks 25, and I'm still here."

The man rifled through the rabbi's pockets, police said, and tried to take his wallet -- which fell to the ground, revealing Kass's NYPD shield. At that point the assailant fled.

"He grabbed my other pocket for my wallet and I think he saw my shield, and I think it threw him (off). After that, he seemed confused because he dropped the shield and ran away," Kass said.

Police said later Tuesday that a man was arrested in connection to the incident. Rafael Diaz, a 39-year-old homeless man, was charged with attempted robbery and criminal possession of a controlled substance.

It was the second time in four years that Kass was attacked in the neighborhood. On a Sunday morning in June 2016, an attacker came up behind the rabbi near West 83rd Street and Riverside Drive and threw him to the ground. Since that time, the rabbi had done his exercise at the gym, until the pandemic forced it to close.

Kass was not in uniform at the time of that 2016 incident; he was treated for a cut to his head.

The rabbi, who also holds a Ph.D. from NYU, led the East Midwood Jewish Center for 36 years in addition to his work with the police department. He is the longest-serving chaplain in NYPD history. 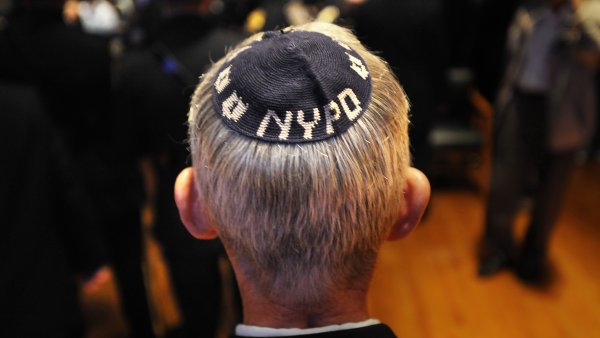