NYPD Commissioner Dermot Shea says he was not "happy" with how a series of arrests were handled in the East Village over the weekend, resulting in an internal investigation that has already placed one officer on modified duty.

The incident was captured on camera and video of the arrest has caught the attention of activists and New York City leaders who have demanded the city enact fair and uniform enforcement of social distancing across all communities.

The department says a man became aggressive with officers and when they tried to arrest him a woman tried to intervene.

During these arrests another man entered the area and "took a fighting stance against" an officer after he was asked to disperse, the NYPD said. In the video widely circulated, the officer is seen using a Taser to warn the man and then the two struggle and the officer slaps the man.

There was a violent arrest in the East Village after the NYPD says they tried to tell a group to practice social distancing. 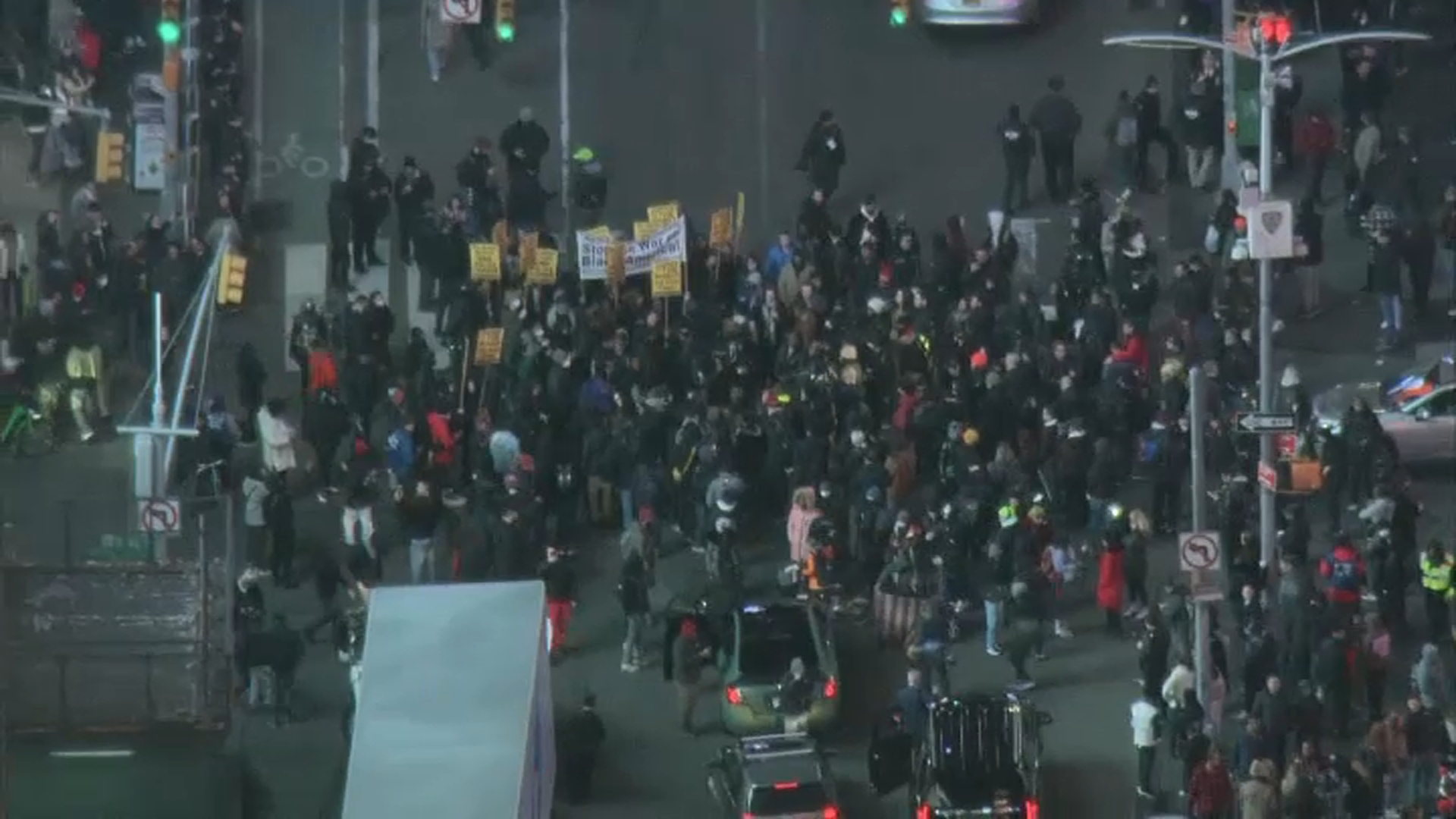 "We can be better than that quite frankly," Shea said, while repeating the Mayor de Blasio's message that the incident is just one of thousands of positive engagements between citizens and officers enforcing social distancing.

"We’ll learn from it, continue to train and try to get better," Shea added. "I would also remind you that de-escalation takes two, there are two people involved in every encounter."

Shakiem Brunson, 31, and Ashley Serrano, 22, were charged with resisting arrest, obstructing government administration, criminal possession of a weapon and disorderly conduct, the NYPD said. Brunson was charged with unlawful possession of marijuana.

Donni Wright, 33, was similarly charged with resisting arrest, obstructing government administration, disorderly conduct as well as assault on a police officer and menacing.

Shea revealed Monday morning the officers recovered a Taser device and what he called a small amount of marijuana from the first two people arrested in the incident.

A second video showing a questionable and forceful arrest also surfaced on Monday, this one occurring in Brownsville. Two officers appeared to grab and knock down a man identified as Arthur Salam during an incident on the street after police had been called.

The NYPD said it was reviewing video of the incident.

Councilwoman Carlina River called for an investigation into the use of "excessive force," when she retweeted the initial video on Sunday.

"Regardless of what transpired before the video, what is the justification for the rage? Where's the professionalism and de-escalation tactics we should expect?" Rivera said.

Brooklyn Borough President Eric Adams help a virtual availability Sunday afternoon to call on improved enforcement among the department. In addition to calling for a full and thorough investigation, Adams said the NYPD must enforce the same practices in all of New York City's communities.

"We cannot in one community remove basketball courts and in other communities allow large crowds to gather in parks... it sends the wrong message," said Adams.

"We cannot issue summonses to people without face masks in one area but not in another," he added, referencing a tweet from Councilman Chaim Deutsch who asked why New Yorkers were getting summonses for not wearing masks when the NYPD was handing them out over the weekend for free.