A 26-year-old New York City woman was walking with her 2-year-old daughter during the evening commute on Thursday when she was shot in the thigh.

Fortunately, the child wasn't hurt. Police sources told NBC New York aid they don't believe the woman was the intended target of the shooting on West 225th Street in Marble Hill, near the #1 train stop just after 6 p.m. The woman said she was running an errand when she can be seen on security camera footage hop to her right suddenly — the very moment a bullet meant for someone else sliced through her leg.

A Good Samaritan nearby wrapped his sweatshirt around the victim's leg, and another took her to the hospital. She was treated for her injuries and was recovering at home a day later, and said she didn't know who helped her, but would like to thank them.

The gunman ran off and it's unclear why the shot was fired. The area is fairly busy, with Metro-North stops along with the subway, and those who live nearby wonder if the shooter hopped on a train immediately after opening fire. 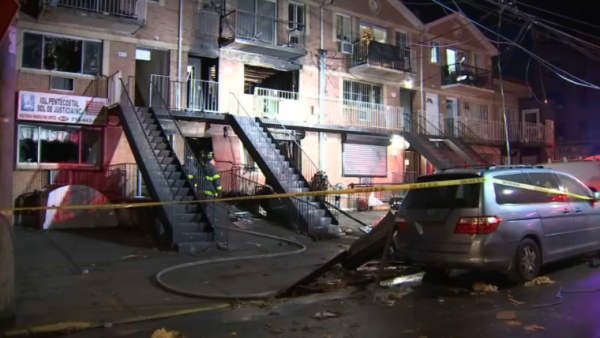 No other information was immediately available. An investigation is ongoing.