NYC Woman Gets Half Dozen Stitches in Latest Attack Against Asian Americans: Family

A 52-year-old Asian American woman was attacked outside a New York City bakery on Tuesday in what appears to be the latest in a disturbing trend of violence against Asian Americans since the beginning of the pandemic, the victim's family says.

According to actress Olivia Munn, whose friend is the daughter of the victim, the woman received 10 stitches in her head.

On Twitter, Munn said “My friend’s mom is a 5’3” 50+ Chinese woman and she was attacked" and posted images of the person she said was the suspect.

The victim was waiting in line at the store on Roosevelt Avenue in Flushing, Queens, when a man approached her and pushed her to the ground, causing her to hit her head, police said.

A security video at the scene captured part of the disturbing confrontation – a man throwing a box at the woman, then shoving her into a row of newspaper boxes.

NYPD officials confirmed the arrest of Patrick Mateo, the man they say was seen on that security video. He's facing charges of assault and harassment. It wasn't clear when he was taken into custody or if he had legal representation.

The woman's daughter, Maggie Kayla Cheng, in a post on Facebook, said her mom was pushed “with such force that she hit her head on the concrete and passed out on the floor."

The victim’s son, who did not want to be identified, says his mom’s attacker was not wearing a mask when he berated his mom to move away.

“Slight irony isn't it — he started freaking out," the son said. That’s when he says his frightened mother tried to use her pepper spray on the man. He says the physical attack followed.

The assaults on Tuesday come as the NYPD announced it is adding more police officers in the subway due to uptick in violence.

The incident comes after two separate and unrelated attacks on Asian women on the subway on the same very day. Both women in their 60s and 70s reported being punched while either on the train or waiting on the platform.

Crimes against the Asian American community have been on the rise during the pandemic, according to the Asian American Bar Association of New York. In early March of last year, the NYPD’s hate crime task force investigated an incident where a man was seen dousing an Asian man with Febreze while yelling at him to move away. 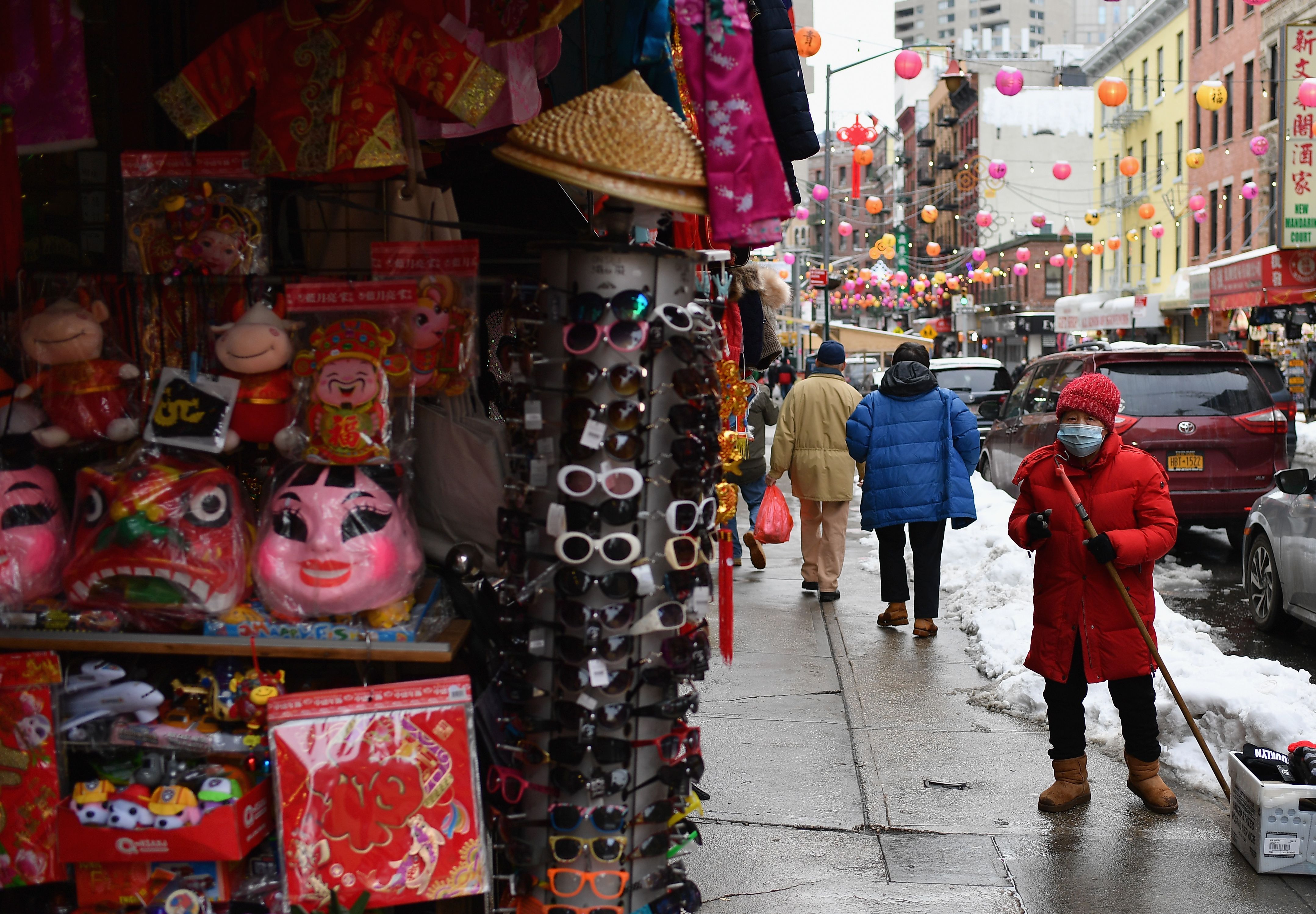 Study Shows Rise of Hate Crimes, Violence Against Asian Americans During the Pandemic

Remember, Racism Isn't Just Black And White. Anti Asian Racism Is On the Rise in the Pandemic Era

Tuesday’s incidents are not currently being investigated as hate crimes, police said. Spokespeople for the department did not elaborate further on that decision.

The victim's son said at least for his mom's case, based on conversations with witnesses and "the facts the detectives got," he didn't think he could say it was racially motivated.

"The messaging is important. I think raising awareness to this issue is important," he said. "I’m sure this won't be the only one or the last one. Keep your eyes open and keep your family safe be mindful of your surroundings."

Munn has been speaking out about the increase in crimes against Asian Americans across the country. Last week, she said in an Instagram post that she's found herself “at a loss for words at the rise of Anti-Asian hate crimes,” which “have spiked since Covid and continue to increase.”

“Hate crimes against Asians Americans have become so bad that in just the past week a 91-year-old Asian American was attacked from behind as he walked down the street in Oakland, an 84-year-old Thai American was murdered in San Francisco, a 64-year-old Vietnamese American woman was assaulted in San Jose and a Filipino American man was slashed in the face in Manhattan,” Munn said in the post.

Hate crimes against Asian Americans have been on the rise since the coronavirus came to the U.S. last year. With a recent surge in these racist incidents attracting renewed attention, Amanda Nguyen, CEO of the civil rights organization Rise, joined LX News to explain why “Asian Americans are dying to be heard.”

Editor's note: An earlier version of the article said the woman pulled her pepper spray before the attack, by her son's telling of the events. He later told News 4 that his mom says she tried to use the pepper spray, but ultimately did not use it.