New York City Mayor Eric Adams and former New York City Mayor Michael Bloomberg announced the launch of "Summer Boost NYC" — a summer program that charter schools can now apply for that aims to support thousands of students with learning gaps due to remote learning brought on by the ongoing pandemic.

The program, financed by a $50 million investment from Bloomberg Philanthropies, aims to support summer learning at public charter schools in New York City for about 25,000 K-8 students who have fallen behind and face significant learning gaps after in-person learning was disrupted for roughly two years due to the COVID-19 health crisis.

This disruption resulted in social- and health-related effects that made way for learning loss, specifically for students of color from low-income families, according to the city.

NYC Schools Chancellor David Banks shared his vision for public schools across the Big Apple while dropping a major bombshell: 120,000 families have left the public school system in the past five years.

A McKinsey study revealed that the pandemic contributed to the ongoing educational crisis many students of color from low-income families in New York City face. Last year, New York City expanded its Summer Rising program for 2022, which now serves 110,000 students in grades K-8 — an increase of more than 10% from last year.

“After two years of school closures and inadequate remote instruction, students across the U.S. have suffered unprecedented learning loss,” Bloomberg said in a statement. “The harm has fallen heaviest on the children who were already too far behind, especially low-income Black and Latino students. That could have devastating effects on their chances for graduating high school and going to college or beginning a career." 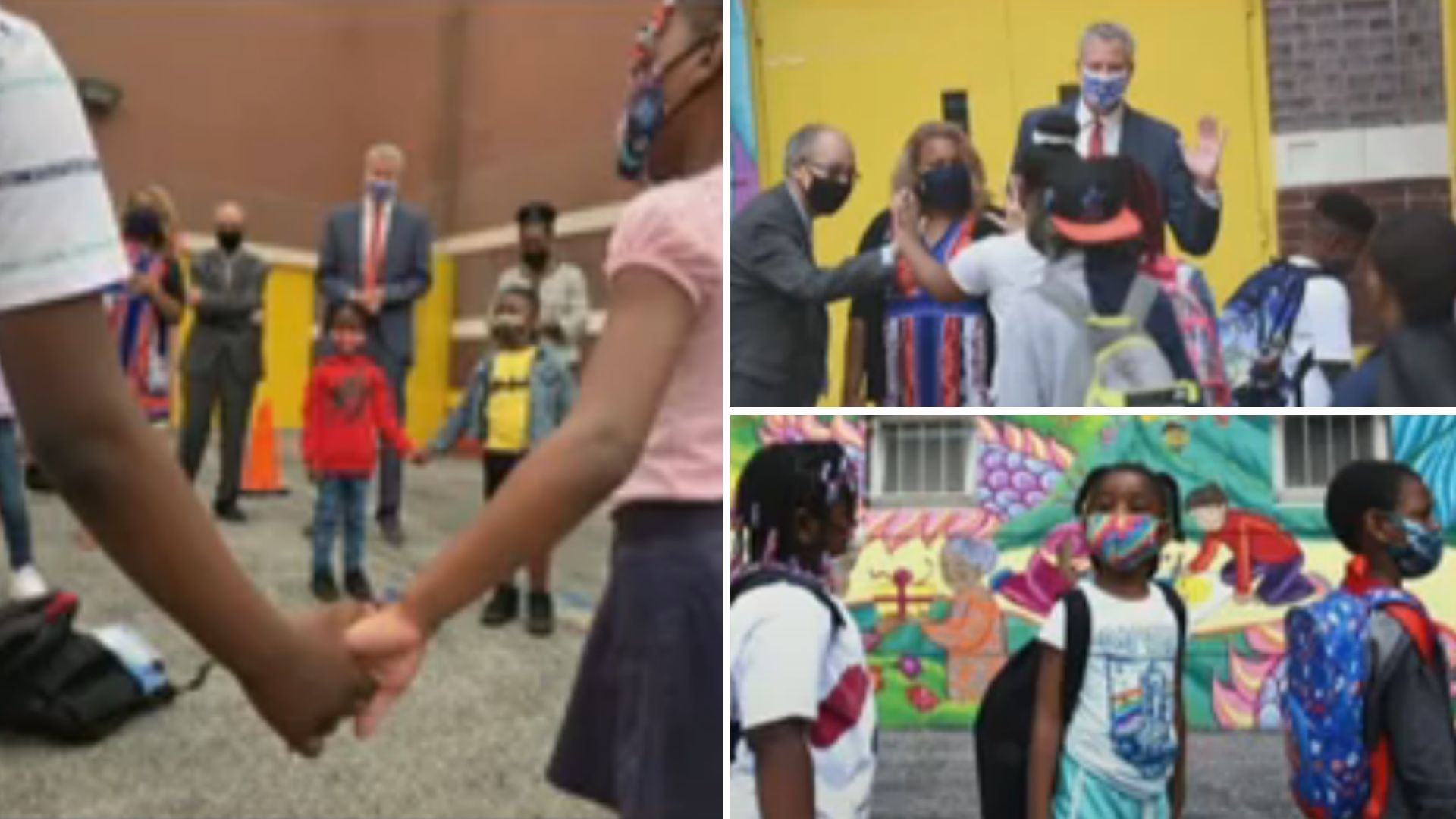 Summer Rising, launched last year as New York City’s first-ever summer school and summer camp hybrid open to any child in grades K-12 who wants to participate. It officially kicked off in summer 2021 under then Mayor Bill de Blasio's administration.

New York City announced last April the groundbreaking new initiative that seemingly combines summer school and summer camp -- as a means to further help children deal with the impact of the COVID-19 pandemic in their schooling, emotional health and their socialization.

The Summer Rising Initiative is a free program that combines the NYC Department of Education's academic support and the Department of Youth and Community Development's programming. According to city officials, it is a student-centered comprehensive programming that is integrated with social-emotional learning and available for all students, not just those who may need further academic support with a particular subject matter.

“Whether at a district school or a charter school, every young person should be invested in, and this $50 million investment will do just that,” Adams said in a statement. “Many of our sons and daughters had disrupted learning during the past two years because of the pandemic and deserve an opportunity to learn during the summer. This investment will give young New Yorkers in the program the chance to grow, to learn, and to explore their talents and imagination.”

Adams went on to say that the initiative will ensure "no young person is left behind."

“It is essential that every child in New York City has a safe and supportive place to grow this summer,” Banks said.

Bloomberg echoed similar sentiments, adding: "This is an all-hands-on-deck moment. This summer is a valuable opportunity to make up for lost ground, and we’re not going to let it slip by.”