NYPD says such false alarms have become a frequent but necessary annoyance for authorities laboring to protect a nervous city in the post-9/11 world.

Within minutes of a news conference at ground zero where authorities preached calm and vigilance after the killing of Osama bin Laden, the alarming 911 call came in.

The caller in Times Square on Monday afternoon reported that a suspicious package was sitting on the sidewalk at West 43rd Street and Eighth Avenue — a mere two blocks from where admitted terrorist Faisal Shahzad had failed in his frightening attempt to blow up a car bomb almost exactly a year earlier.

Unlike the Shahzad case, the scare fizzled out in a more familiar way: The New York Police Department patrol officers who swarmed the area quickly determined the package was a bag of garbage.

The NYPD says such false alarms have become a frequent but necessary annoyance for authorities laboring to protect a nervous city in the post-9/11 world.

There were 10,566 reports of suspicious objects across the five boroughs in 2010. So far this year, the total was 2,775 as of Tuesday compared with 2,477 through the same period last year.

The reports sometimes result in the discovery of explosives that have nothing to do with terror, like when a volunteer doing gardening at a Manhattan cemetery last year dug up a discarded bag containing plastic explosives. But the vast majority of suspicious packages turn out to be nothing more than briefcases, backpacks or shopping bags innocently left unattended or discarded in transportation hubs or other high-traffic locations. 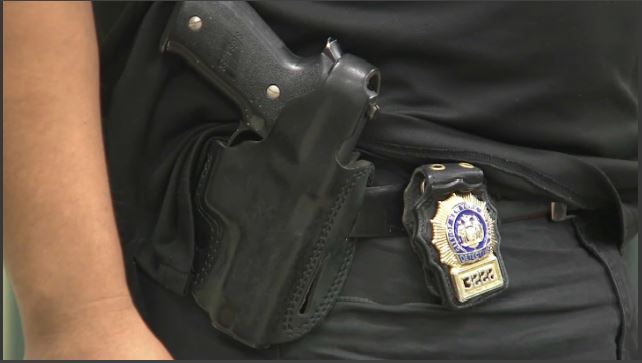 On Monday, with news of the dramatic military raid of bin Laden's Pakistani lair at full throttle, there were 62 reports of suspicious packages. The previous Monday, the 24-hour total was 18. All were deemed non-threats.

The volume of calls means more work for the NYPD, but Police Commissioner Raymond Kelly said the message stays the same: Keep them coming.

"We anticipate that with increased public vigilance comes an increase in false alarms for suspicious packages," Kelly said at the Monday news conference. "This typically happens at times of heightened awareness. But we don't want to discourage the public. If you see something, say something."

Police procedure calls for patrol officers to respond when someone sees and says something. If they sense a threat, the area is evacuated and heavily armed Emergency Service Unit officers are summoned. If further inspections turns up evidence of a possible explosive, the bomb squad is called in.

On Tuesday, the bomb squad was dispatched after someone left a black suitcase on a subway platform near Penn Station with a front page of bin Laden stuffed in a side pocket. The bag contained nothing but clothing, probably belonging to a homeless man.

That scenario played out differently on May 1, 2010, when a street vendor in Times Square pointed out an SUV belching smoke to an officer on horseback. The officer called in a report of a car fire, flagged down other officers and started evacuating the area.

When firefighters broke the car's side and back windows, they discovered the SUV's sinister contents: three propane tanks, two gallon containers of gasoline and a load of fertilizer, with fireworks and some cheap alarm clocks as a trigger.

The homemade device later dismantled by the bomb squad turned out to be too crude to do harm. But the scare closed Times Square for several hours and set off a frantic search for the would-be bomber.

The Pakistani-born Shahzad was quickly captured and, calling himself a Muslim solider, eventually pleaded guilty. He's serving a life sentence.

Police say in the immediate aftermath of the failed car bomb attempt last year, a caller reported seeing two gas cans in the back of a car, Shahzad-style, parked in Manhattan's East Village. The bomb squad was alerted before the car owner turned up with a simple explanation: He needed the gas to mow his mother's lawn.