More than 100 former police officers, firefighters and other city workers are accused of faking mental disabilities in order to get tens of thousands of dollars in Social Security benefits each year, authorities announced Tuesday.

The former workers who claimed they could barely take care of themselves were, in fact, pursuing activities like jet skiing, fishing, shopping, playing basketball and even working in other jobs, prosecutors said.

One police officer who claimed he was mentally disabled collected more than $470,000 in Social Security disability payments while allegedly working as a martial arts instructor, officials said. Another who claimed he could not work was allegedly flying helicopters. 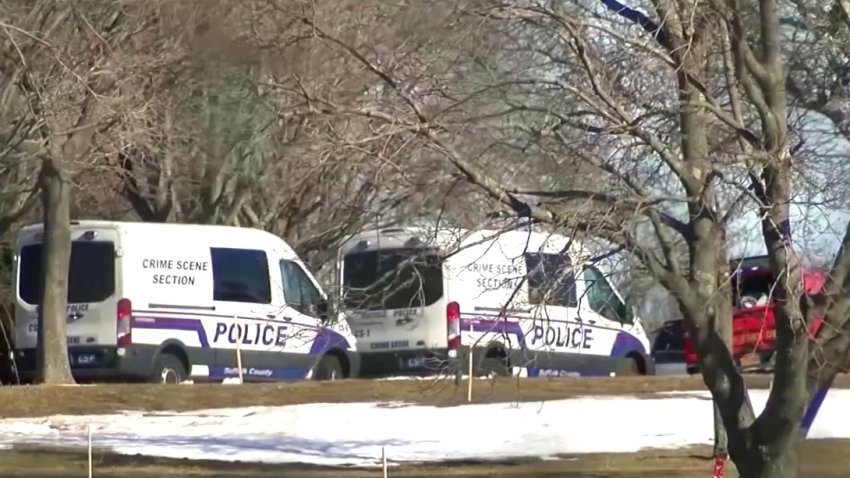 One got benefits because of a fear of crowds and yet was found to be selling cannolis in Little Italy during the Feast of San Gennaro festival that brings more than a million people to the neighborhood. And another went on to allegedly run a private security company.

Many also allegedly claimed to be affected by their efforts on 9/11, yet investigators found many were not even near ground zero that day.

The group accused Tuesday includes 72 former cops, eight former firefighters, five ex-correction officers and one officer from the Nassau County Police Department. But prosecutors say there are hundreds more, and that indictments in this case have just begun.

All allegedly got help gaming the system from the same two lawyers and two former police officers who allegedly took cash payments.

The workers were allegedly taught how to claim they were mentally scarred on SSID applications in order to collect $30,000 to $50,000 in benefits annually.

Their applications for benefits were "strikingly similar," prosecutors said in court papers Tuesday. The applications often used identical phrases like "I don't have an interest in anything" and "I am unable to perform any type of work activity in or out of the house."

Applicants were taught to claim that they could not cope with other people or were so mentally disabled that they could not even prepare a meal on their own. They were allegedly told by the four ringleaders to look disheveled in their interviews and claim they went for days without sleep.

They claimed in applications that they could not drive, shop or use a computer, but prosecutors say many were observed driving, while credit card records show they were "prolific shoppers." Further, some who said they could not use computers had Facebook pages and Twitter accounts, prosecutors said.

Investigators said one of the attorneys who allegedly helped run the scheme is Raymond Lavallee, a Korean War veteran who, after attending law school on the G.I. Bill, worked as an FBI agent in the 1950s and '60s, then as a Nassau County rackets prosecutor before going into private law practice. He pleaded not guilty in court Tuesday.

Investigators said Lavallee would receive thousands in cash payments from successful applicants that were at times left for him in paper bags on a park bench near his office.

"Any member of this department who was involved in this scheme will be brought to justice," he said.