After two kids were struck and killed by vehicles in New York City in just over 48 hours, city officials unveiled new street safety legislation on Friday.

"We have to do better," Sen. Andrew Gounardes said Thursday after a 7-year-old boy was struck and killed by a car in East New York, not far from where a 10-year-old girl was killed by a school bus the day earlier. He is among other elected officials and safety advocates who will champion street safety reforms at the state level.

The proposed legislation includes the reckless driving bill, which will help law enforcement to prosecute criminal behavior from drivers and get them off city streets. In addition, a pedestrian safety bill would pressure manufacturers and insurance companies to make safer cars.

Finally, a crosswalks bill would make every intersection — marked or unmarked — a crosswalk that would require drivers to yield to pedestrians.

The new set of bills will also push for recertification of driver's licenses to include understanding of pedestrian street safety as part of the Department of Motor Vehicle's curriculum.

Mayor Bill de Blasio on Thursday said the city will be "increasing efforts in the coming days to keep our streets safe" but it comes too late for young Payson Lott. He was struck just after 8 a.m. near Blake and Pennsylvania Avenues by a Jeep driver who had a suspended license.

"It is no coincidence that two children have been killed in East New York, a low-income, predominantly black neighborhood. While Vision Zero infrastructure has swept the city, communities of color have been largely left out," Harris said. "The decisions about which streets are improved is not simply a matter of traffic safety, but also a matter of racial justice."

Payson's mother was walking with him to school when they were both struck; she was taken to a hospital with minor injuries. 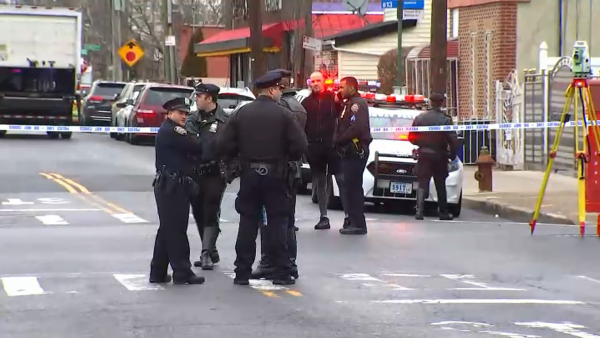 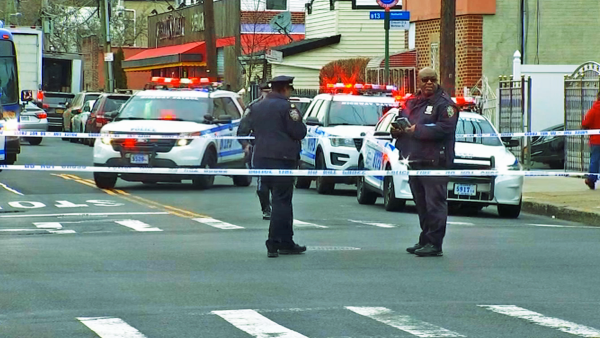 Suan Pierrot, 48, was charged with aggravated unlicensed operation, failure to yield and failure to exercise due care, police said.

Crossing guards were assigned to the intersection in the afternoon, hours after the fatal collision. Neighbors in the area say it's the first time they've seen them at this location.

That tragedy happened barely 48 hours after a school bus struck and killed a 10-year-old girl less than two miles from the scene of Thursday's accident.

The driver of that bus was later arrested. Pedro Colon faces charges of failure to yield to a pedestrian and failure to exercise due care in the death of 10-year-old Patience Albert, who was hit by the bus as Colon turned on Crescent Street, near Wortman Avenue.

The young girl was walking to school when she was struck and killed by a school bus, and now the community is demanding action to make the notorious intersection safer. NBC New York's Rana Novini reports.

Marisol Contla, the widow of a Jose Luis Contla, who was struck and killed on February 23 in a hit-and-run in Bensonhurst, was also seeking justice for her husband.

"It’s not just about him, it’s about other families that are going through the same thing right now," said Contla. "I’m glad that they are passing new laws, it will help everyone."