Firefighters Put out Blaze That Spewed Smoke Over Greenwich Village

Firefighters were seen descending on a hole in the building's roof, which was spewing smoke and flames

About 200 firefighters brought a large fire under control hours after it broke out in a building south of Union Square Wednesday evening and sent thick smoke into surrounding streets.

Photos posted to social media show crowds of onlookers watching as smoke pours out of a six-story building at Broadway and East 9th Street in Greenwich Village.

About 200 firefighters brought a large fire under control hours after it broke out in a building south of Union Square. Michael George reports.

The FDNY said the fire erupted shortly before 6 p.m. and many people were still at work. Fire officials believe the fire started in the kitchen of a deli and then traveled up a shaft to the other floors.

Flames could be seen erupting from the roof of the mixed-occupancy building, and the blaze quickly grew to a five-alarm fire.

Firefighters were on the roof, dousing a hole that was spewing flames and smoke. Below, there were at least six ladder trucks with their ladders extended, along with a number of fire engines.

Jake Ayre was sleeping inside his apartment when he woke up to smoke alarms. He got his dog buster and raced for the exit.

"I was nervous because not only is there fire damage, there's smoke damage," Ayre said.

Toddler Wanders to Front of Car as Mom Pulls Items From Trunk, Gets Hit and Dies: Cops 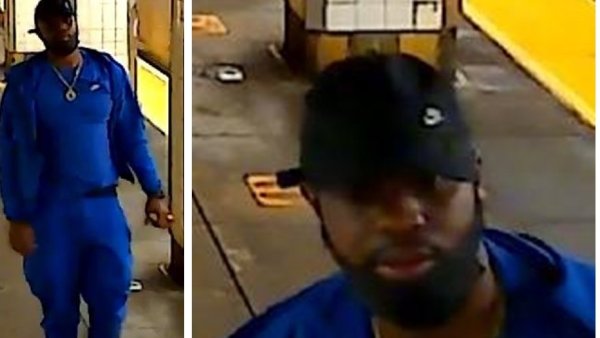 Subway Rider Breaks Leg, Gashes Head After Being Shoved to Tracks in Brooklyn

The blaze was brought under control by 8:30 p.m. The FDNY remained at the scene into the night.

No one in the building was hurt, but 16 firefighters suffered minor injuries, officials said. Paramedics checked out some residents as a precaution.

Dozens of residents were looking for a place to stay Wednesday night, many of them not sure if their belongings survived the fire. But the pet owners who spoke to News 4 were just grateful all their loved ones made it out.

One woman became emotional as she was reunited with her dog. As for Buster, he's in good condition, Ayre said.

The Red Cross responded to the scene and said more than 200 households were forced from their home. Only about half of them were allowed back inside, the other half of the building remains evacuated.

The nearby subway station on 8th Street was not available to commuters as the entrances were closed. However, around 5:30 a.m. MTA workers on the scene said uptown R and W are again stopping at the station. Downtown R and W trains are still not stopping there. Those entrances remained roped off.

The downtown side is underneath the buidling where the fire broke out.

Officials did not say what caused the fire.

Building on fire on 8th St and Broadway #nyc

A building near 9th and broadway is on fire, not sure what's happening but pic.twitter.com/MH0iHqaD8i

Large fire on Broadway and 8th. #broadway is blocked off. #NewYork #NewYorkCity pic.twitter.com/rqGfKAij0m

Down Broadway at 10th Street, yellow smoke clogs the air from a still shouldering fire in a building. pic.twitter.com/fTzUY2hosJ

757 Broadway is on fire. Firefighters on the roof spraying water. Four ladders and at least ten @FDNY vehicles responding. pic.twitter.com/b4r0g2KPCZ

Yo shout out to #nyc firefighters man. This is a crazy place to fight fires in. I smell like a camp fire just from walking through for a minute #nyfd #nyu #village #westvillage

building (roof?) on fire at 8th and broadway �� pic.twitter.com/rwTwuKSYeI

A building near 9th and broadway is on fire, not sure what's happening but pic.twitter.com/MH0iHqaD8i