Nearly 1 million antiquities including ceramics, a bayonet, perfume and medicine bottles — even a 200-year-old douche device — have been unearthed at construction sites in New York City, artifacts that help shed light on local history and the people who once lived there.

Excavated from 31 sites across the city's five boroughs, the objects — frequently in fragments — had been stored for decades at 14 locations across the city — until now.

On Wednesday, the city's Landmarks Preservation Commission unveiled a climate-controlled repository where all the specimens are housed under one roof. It also launched an online database of the archaeological finds that have been cataloged and photographed in partnership with the Museum of the City of New York.

The 1,400-square-foot archaeological repository in the basement of an office tower in midtown Manhattan is lined with shelves containing more than 1,500 antiquities-filled boxes and about two dozen objects on view. The collection will be open only by appointment to researchers, scholars and anyone interested.

"They run the gamut," said Commission Chair Meenakshi Srinivasan. "There are artifacts that go back thousands of years or you have more recent finds from the late 19th and early 20th century."

The artifacts range from a hunter's spear point used to kill animals from 8,000 years ago, excavated in College Point, Queens, to an early 20th century toy teacup discovered in Battery Park in Lower Manhattan.

What makes the repository particularly fascinating is that it contains objects New Yorkers used in their daily life, said Srinivasan. 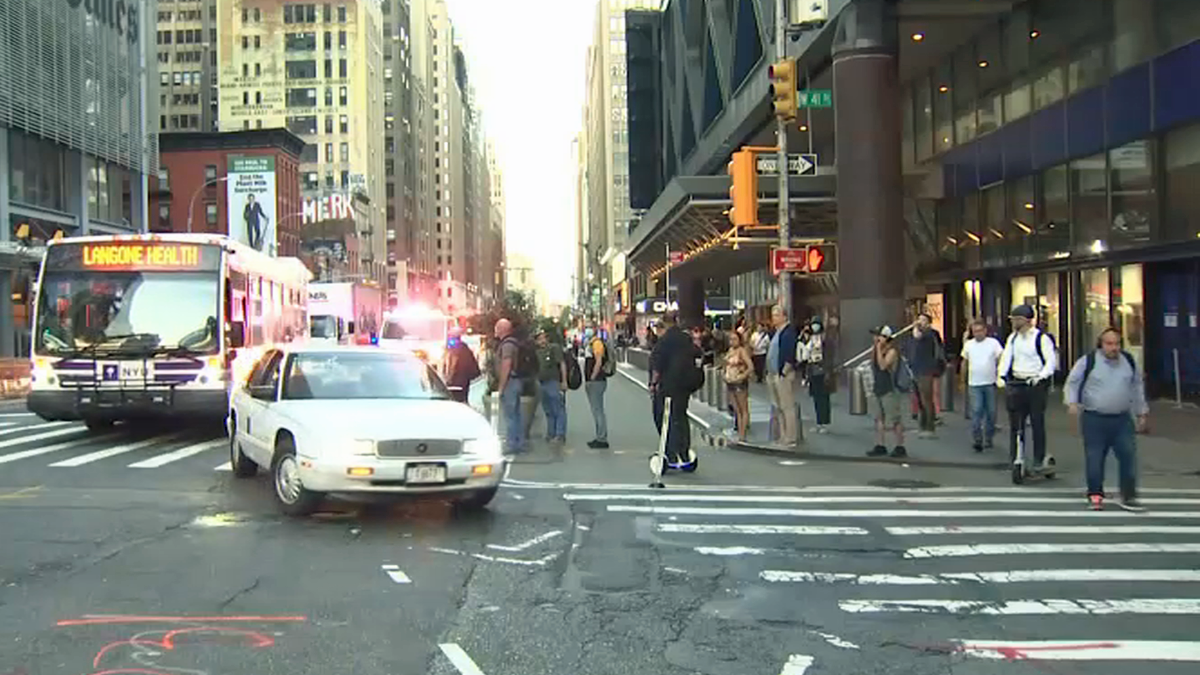 "These artifacts tell us about what people did at that time, what kinds of objects they used. They tell you about their lifestyles, about their eating habits and occupations," she said. They show "New York was extremely diverse."

The project to move the objects to a central location started in 2014, when the city first announced the creation of an archaeological repository named The Nan A. Rothschild Research Center in 2014. It's named after an urban archaeologist and professor of anthropology at Columbia University who has directed several New York City excavations.

The archaeological collections started in 1979 after the city's environmental review law went into effect, requiring any development to consider the impact on archaeology.

Among other objects in the repository are 19-century marbles, hand-rolled from clay or made from stone, found in City Hall Park, which then housed barracks, prisons and almshouses. There are "health and beauty" items from the 1800s found near the Van Cortlandt Manor in Van Cortlandt Park in the Bronx, likely discarded when the property was being transformed into a city park in 1889. There are cold cream jars, a "hair invigorator" bottle and medicine bottles that contained high levels of opiates in an era of no regulatory oversight.

Among the more unusual finds is a device made of cow bone that women used for douches. It was unearthed near City Hall. Dog bones were found in College Point, Queens, in the 1930s. Researchers determined the canine was buried by Native Americans more than 1,000 years ago, suggesting that dogs were considered not only for hunting but also as afterlife companions.

All the objects have been studied by archaeologists, said Amanda Sutphin, the commission's director of archaeology.

"Understanding how we've evolved and how some of our issues are the same is really fascinating," she said. "It can offer lessons for today and tomorrow."