Intersections pose a safety issue in the Big Apple, where crashes at these sites typically make up 50% of all deaths and 70% of all injuries, the city said

New York City announced Wednesday that it is investing in pedestrian safety at intersections -- the leading site of pedestrian injuries and deaths -- through the launch of new actions and improvements.

Among the announced new investments for pedestrian safety, DOT will make design improvements to 1,000 intersections to make them safer with improved traffic signals, raised crosswalks, and other expanded pedestrian space and visibility measures.

According to the city, intersections pose a safety issue in the Big Apple, where crashes at these sites typically make up 50% of all deaths and 70% of all injuries.

Additionally, the NYPD will immediately begin expanded enforcement against drivers who fail to recognize the primacy of pedestrians in crosswalks.

“After the tragedy of 2021, when traffic fatalities in New York City reached their highest level in nearly a decade, we clearly need to turbo-charge Vision Zero — and fast,” Mayor Eric Adams said in a statement. “I thank my two commissioners [from DOT and NYPD] for putting this early focus on enforcement and design within intersections, where we have the tools that can and will save lives.  Drivers need to know that intersections are where most crashes happen — and so if you do not drive safely through them, NYPD officers will make sure you pay a price.” 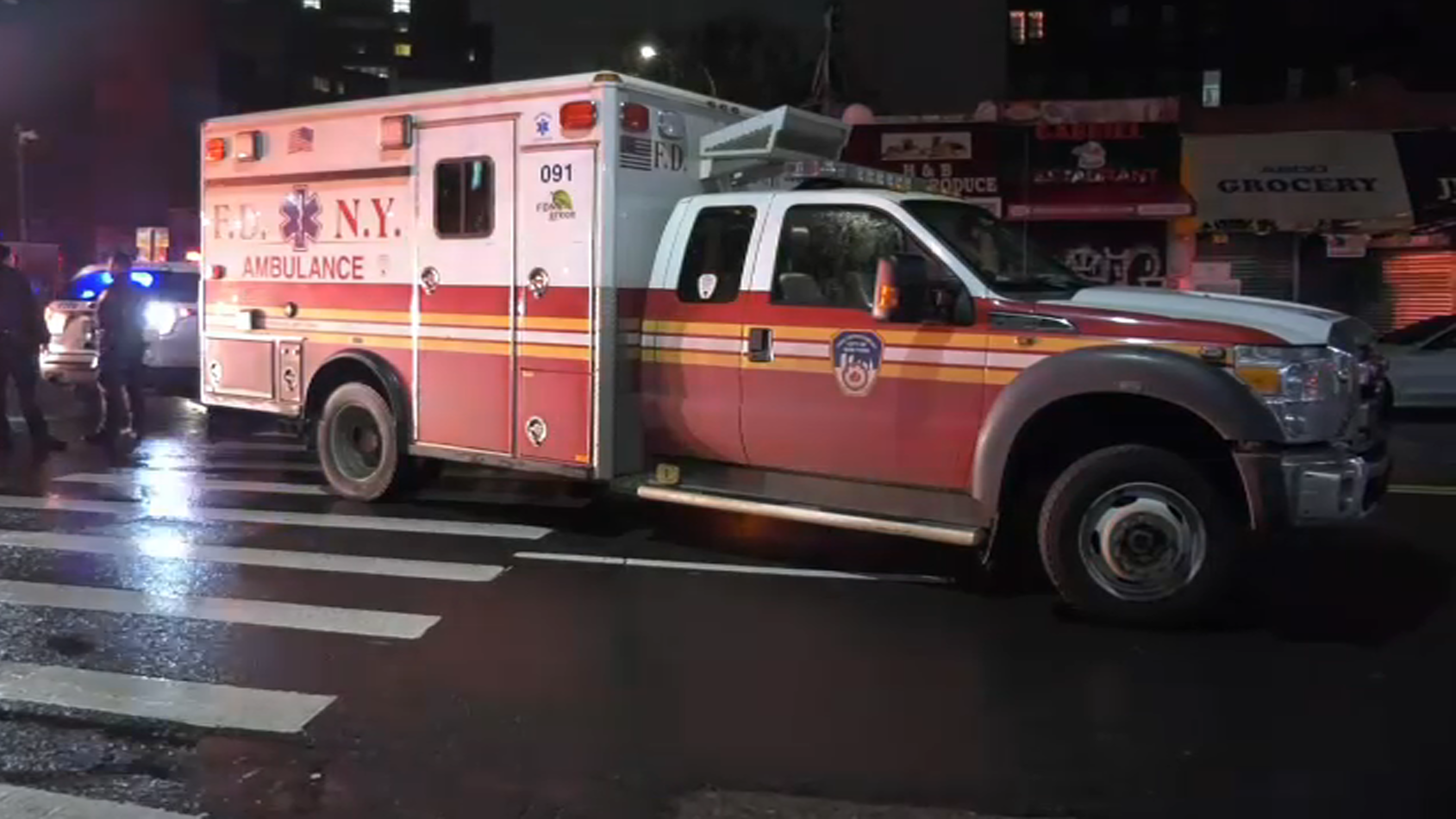 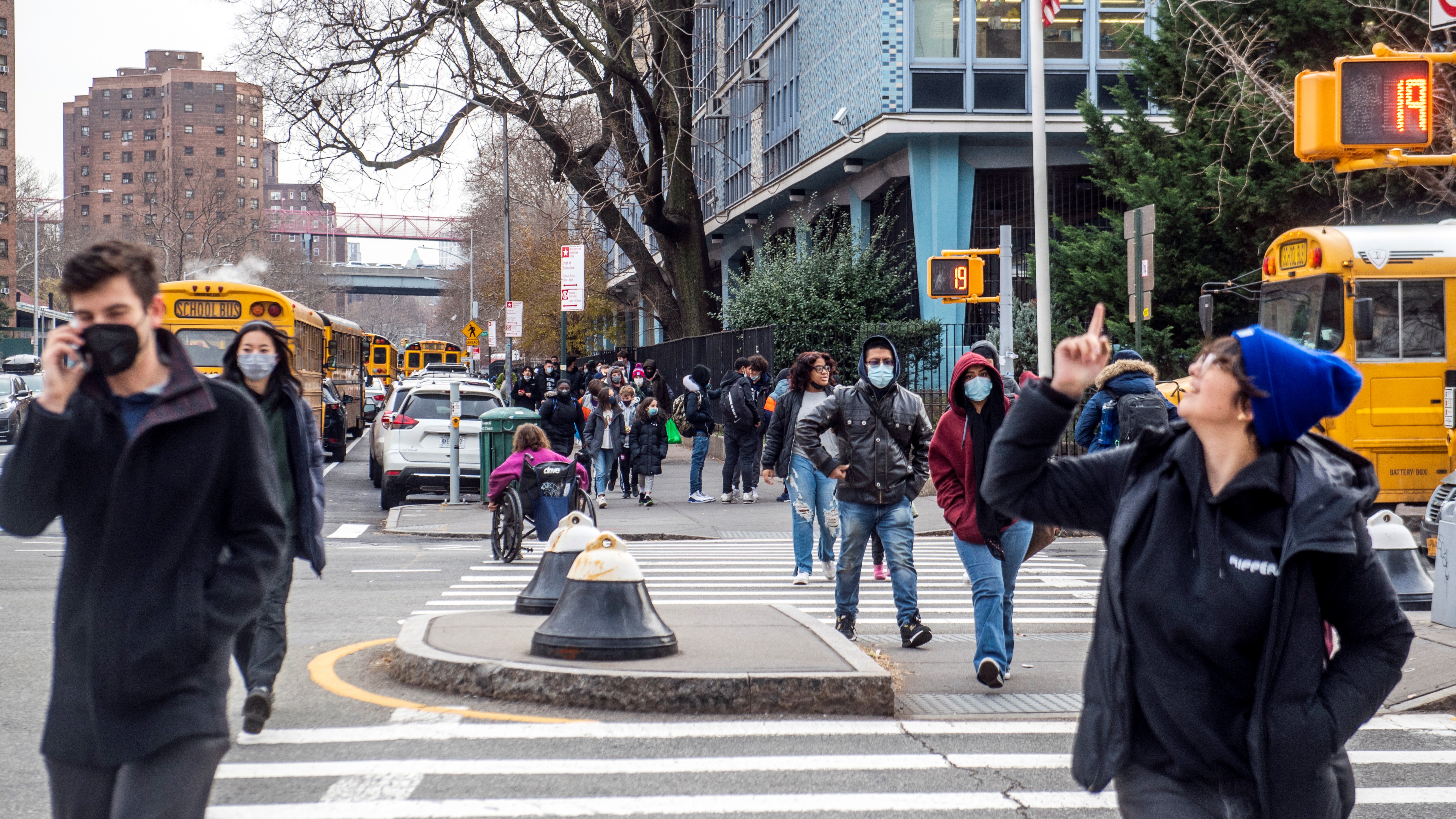 The DOT will undertake new efforts focused on intersection design at 1,000 locations this year. These efforts include:

“As we take a new approach to Vision Zero, we know intersections are where pedestrians and cyclists face the greatest dangers — and so we can and will make hundreds of crosswalks safer with a range of treatments, both new ones and more of those that we know work. We will not be complacent or accept any life lost on our streets," Department of Transportation Commissioner Ydanis Rodriguez said in a statement.

A man is in critical condition after witnesses said that a car ran a red light, slammed into the victim as he was crossing the street, then took off. NBC New York's Marc Santia reports.

The NYPD will strongly enforce failure-to-yield (FTY), a violation that especially endangers pedestrians and cyclists at intersections, with a goal of doubling 2021 FTY enforcement efforts. Officers will have this new violation as a tool thanks to a new DOT traffic rule that went into effect Wednesday for these violations at over 1,200 intersections citywide that do not have a traffic signal or a stop sign.

The new traffic rule calls for drivers and cyclists passing these intersections to not just simply yield but to come to a full stop until a pedestrian has completely crossed the street.

“Ensuring the safety of New York City streets and all who use them is paramount, and this new plan is critical to the NYPD’s important work with its city partners,” Police Commissioner Keechant Sewell said in a statement. “The NYPD continues to be relentless in enforcing the laws, including this new rule that protects pedestrians crossing city intersections. Through Mayor Adams’ leadership, and by working hand-in-hand with the Department of Transportation in this new approach to Vision Zero, the NYPD will keep innovating to make our streets safer.”

This month, DOT will begin a "Stop. Let Them Cross" public awareness campaign on social media and in community and media publications to raise awareness for the new stop for pedestrians’ rule for uncontrolled intersections.