"What I need from everyone here is help. The goal is still not met, which is to bring Gabby home safely," the missing woman's father said. "Whatever you can do to make sure she comes home, I'm asking for that help. There's nothing else that matters to me now"

The last message a desperate mother received from her missing 22-year-old daughter was just four words, a family attorney says: "No service in Yosemite."

That message from Long Island native Gabby Petito's phone came on Aug. 30. And her mother, Nicole Schmidt, still doesn't even know for sure who texted it.

Her daughter, the exuberant young blond woman from Long Island's Blue Point, vanished during a cross-country road trip with her fiancé, Brian Laundrie, at some point around the time the couple traveled through Wyoming's Grand Teton National Park as part of a months-long "van journey" adventure, Petito's family believes.

Petito's family reported her missing on Saturday but they hadn't heard from her in three weeks, officials have said. The converted camper Petito and Laundrie had been traveling in returned to Florida, Laundrie apparently with it, two weeks ago.

Laundrie was alone, police said. Forensic analysis of the van as well as phone data is ongoing.

Investigators in North Port, Florida, where Petito lived with Laundrie and his parents, say Laundrie is not cooperating with their probe into Petito's disappearance. A day ago, they labeled him a person of interest in the case.

The FBI is now involved in the case, North Port Police Chief Todd Garrison said at a news briefing on Thursday. He said his investigators are working around the clock with federal agents as well as on their own as they try to get the family answers.

"She maintained regular contact with family members during her travels," which started in June, Garrison said, "but communication abruptly stopped around the end of August. Gabby is a vibrant 22-year-old with a love for life and adventure. She's a daughter, sister, and granddaughter, was excited to share her trek with others on social media and with her family."

"Gaby's family and those in the community here and in New York who know and care for her are hoping for answers about her whereabouts," he added.

The young woman's father, Joe Petito, also pleaded for help at that briefing.

"What I need from everyone here is help. The goal is still not met, which is to bring Gabby home safely," Joe Petito said -- and urged anyone with information to call the FBI's tip line at 1-800-CALL-FBI. "Whatever you can do to make sure she comes home, I'm asking for that help. There's nothing else that matters to me now."

The couple had been seen arguing in southern Utah just before they traveled to Wyoming -- a dispute that prompted at least one 911 call from a witness, not Petito or Laundrie.

That body camera video clearly shows Petito in a state of distress as she stands on the side of the road in tears. She is heard saying she had been telling Laundrie she was sorry "for being so mean ... sometimes I have OCD, sometimes I get frustrated."

Investigators who responded to that Aug. 12 call described the situation as more of a mental health crisis. Cops said in a police report no significant injuries were observed. They pulled the van over near the entrance to Arches National Park.

Police in North Port, Florida, announced that the fiancé of a Long Island woman who went missing while traveling through Wyoming is a person of interest in this case -- raising suspicion after it became known that he was in Florida 10 days prior to her being reported missing and due to the fact that he refuses to speak to authorities. Pei-Sze Cheng reports.

“At no point in my investigation did Gabrielle stop crying, breathing heavily, or compose a sentence without needing to wipe away tears, wipe her nose, or rub her knees with her hands,” the police report read.

Laundrie says on the video the couple got into a minor scuffle that began when he climbed into the van with dirty feet, and said he didn't want to pursue a domestic violence charge against Petito, who officers decided was the aggressor.

Laundrie told the responding officer that emotional tension had been building between him and Petito and that they were arguing more frequently because they had been traveling together for four to five months. the report said. Cops suggested the two spend the night apart but didn’t file any charges after investigating.

Garrison said Thursday the body camera video shows there was a disturbance but at this point, police don't know if it had anything to do with Petito's disappearance.

North Port police had no history of interactions with the couple before they went on the trip, nor was Garrison aware of any prior mental health issues. 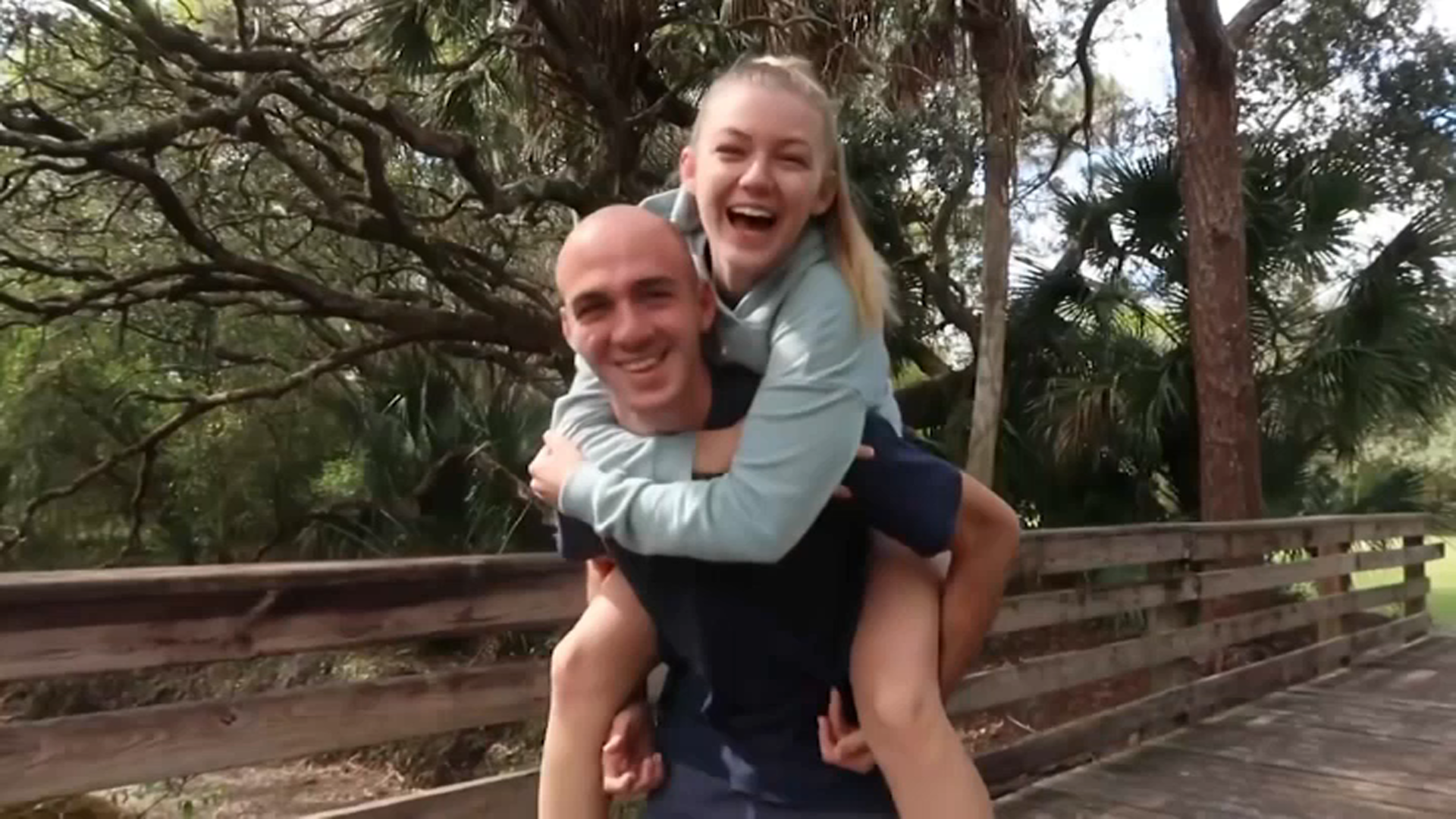 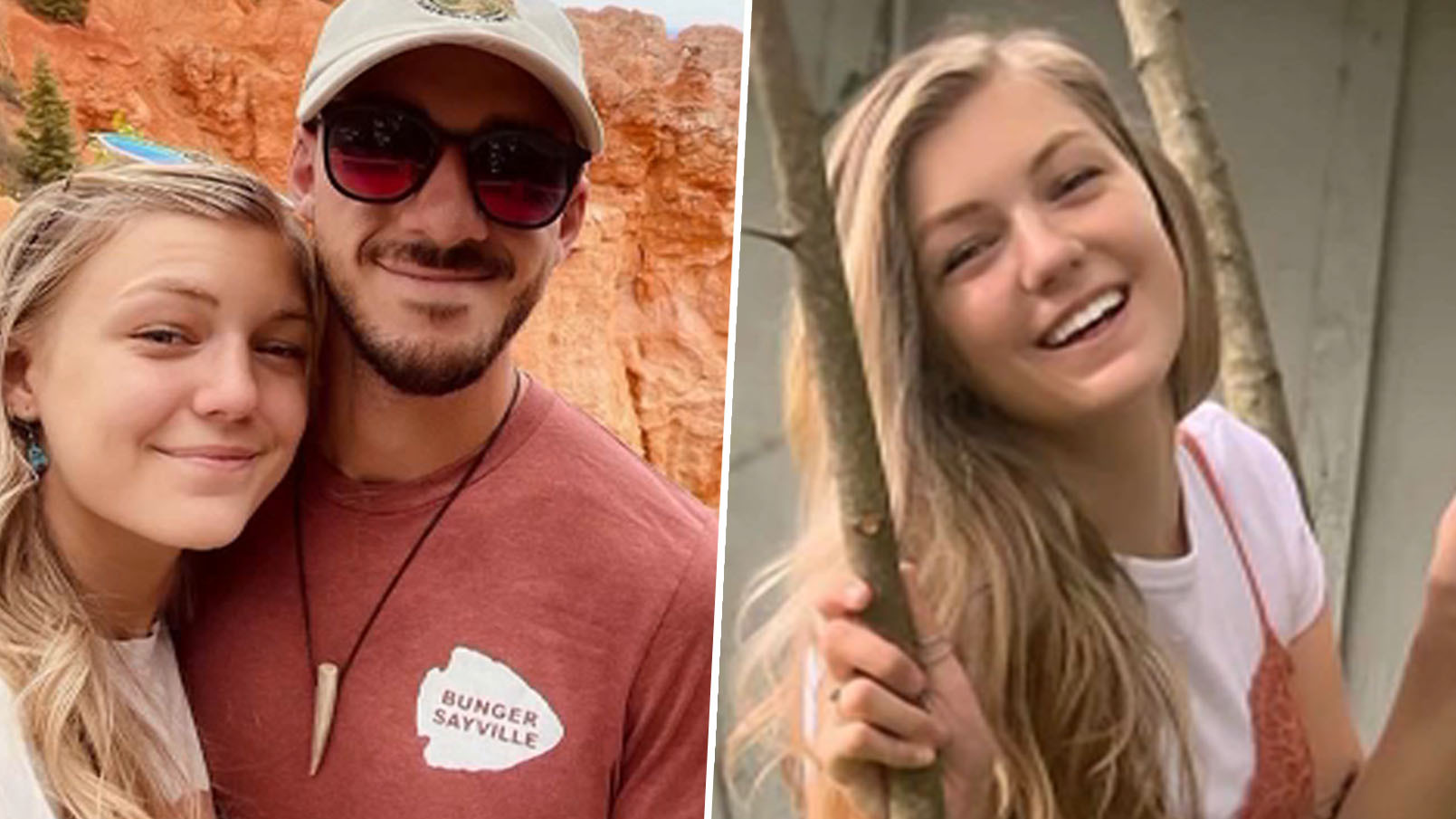 Authorities in their most forceful terms yet identified Laundrie as a person of interest in the case Wednesday and appealed on social media to the family attorney for help arranging an interview as they seek to find answers for Petito's family.

"Please call us to arrange a conversation with Brian Laundrie. Two people left on a trip and one person returned!" Garrison wrote.

He reiterated those sentiments at Thursday's news briefing, telling reporters, "We share the frustration with the world right now. Two people went on a trip and one person returned and that person isn't providing us any information."

Investigators have released very few details so far to protect the integrity of the investigation. What's clear is that Laundrie was in Florida 10 days prior to Petito being reported missing and just before the couple traveled to Wyoming, they were seen arguing in southern Utah.

Authorities are also looking for any possible connection between Petito's disappearance and the still-unsolved slaying of two women who were fatally shot at a campsite near Moab.

Their bodies were found Aug. 18, six days after the incident between Laundrie and Petito. The two women, Kylen Schulte, 24, and Crystal Turner, 38, had told friends they feared a “creepy man” they had seen nearby might harm them.

“They're looking into that potential connection,” said Joshua Taylor, public information officer for North Port police. “I have not heard of any information that links these two cases together. I understand the timing is suspicious. You never know. I'm not going to say we've ruled it out.”

When authorities arrived at his home to question him and his parents on Saturday, Taylor said they were "essentially handed the information for their attorney." The family lawyer says calling Laundrie a "person of interest" is only a formality and that the circumstances around the investigation have not changed.

"This formality has not really changed the circumstances of Mr. Laundrie being the focus and attention of law enforcement, and Mr. Laundrie will continue to remain silent on the advice of counsel," attorney Steve Bertolino said in a statement.

In another emailed statement Wednesday, Bertolino said that Laundrie's family “is remaining in the background" as the search continues.

“In my experience, intimate partners are often the first person law enforcement focuses their attention on in cases like this and the warning that ‘any statement made will be used against you’ is true, regardless of whether my client had anything to do with Ms. Petito’s disappearance. As such, on the advice of counsel Mr. Laundrie is not speaking on this matter,” Bertolino said. 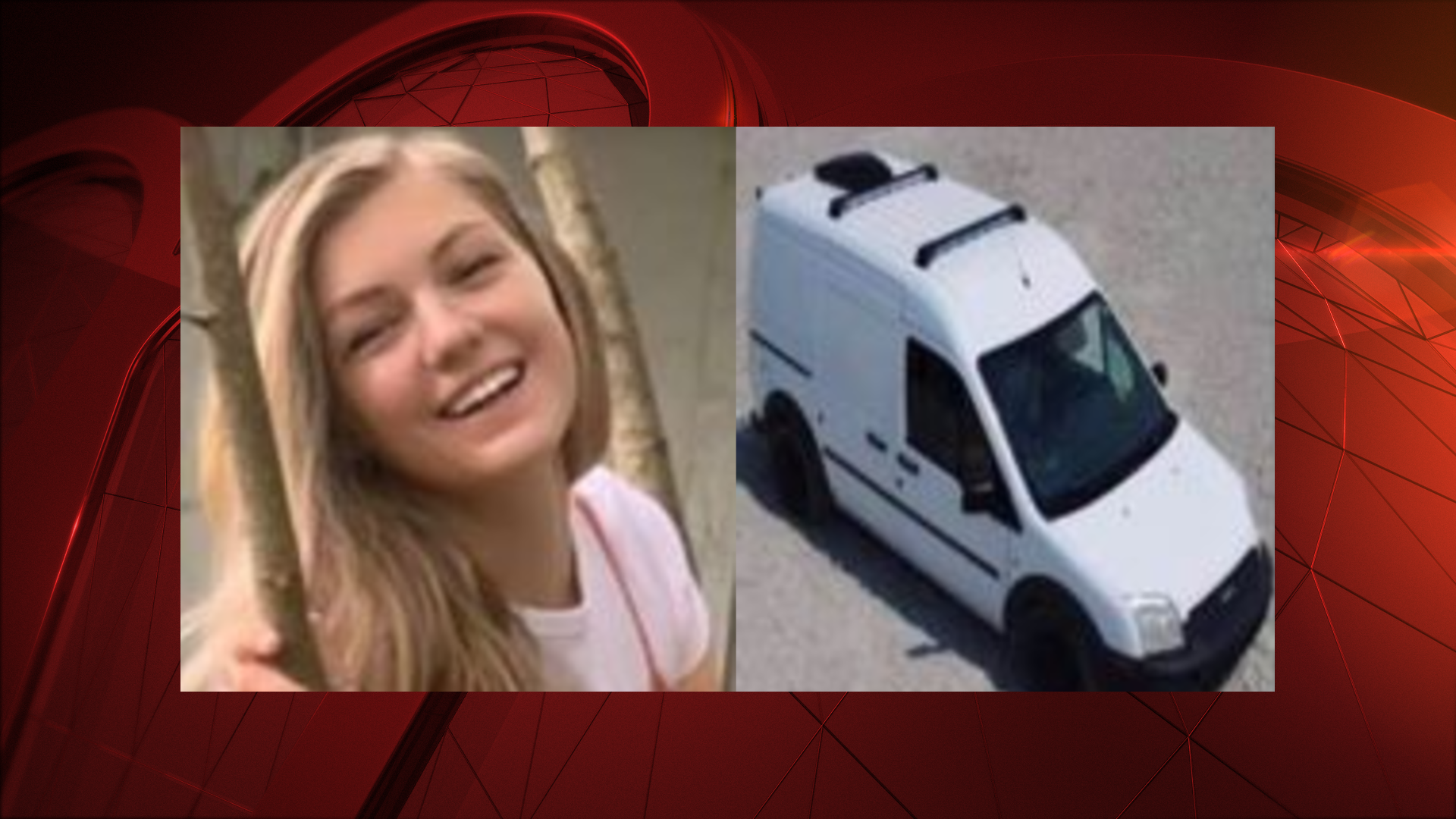 But police want to hear from Laundrie specifically.

"We don't know what Brian knows. That's the bottom line and we were hopeful to talk to him. He needs to talk to us," said North Port Police Department spokesperson Josh Taylor. "We need to know exactly where he was, where she was, their last location."

Petito and Laundrie were childhood sweethearts in Suffolk County but moved from Blue Point, New York, in 2019 to live with his parents in North Port, which is about 34 miles south of Sarasota. They set out on their journey in July from New York, saying on social media accounts they intended to reach Oregon by Halloween.

“Gabby Petito, never goes outside,” she says while walking with Brian along a beach. The video, set to music, has nearly 450,000 views: Sunsets. Gabby driving the white van. Gabby running along the beach. Gabby preparing food. Other images show the couple sharing kisses, flipping backward on swings and cartwheeling on the beach.

“I love the van,” she says near the end of the video as the camera pans to the white Ford parked in the Utah desert.

The family of Gabby Petito, who reported her missing last week, issued a statement to the parents of Brian Laundrie, Gabby’s fiancé, who is a person of interest in the disappearance.

The entry is the only one posted on their YouTube channel, Nomadic Statik.

“Thank you so much for watching, and we hope you tag along on our journey wherever the van takes us!” they wrote.

It's not clear what happened next.

Questions about what Grand Teton and Yellowstone National Park officials are doing with the case were forwarded to National Park Service headquarters in Washington, with spokeswoman Cynthia Hernandez saying in an emailed statement that that the agency is coordinating with other law enforcement agencies about Petito’s whereabouts.

Petito's family said in a statement that they need answers from Laundrie, including when he last saw her and “why he left Gabby all alone and drove her van to Florida.”

“These are critical questions that require immediate answers,” the statement said.

Family and friends are pleading for help finding a 22-year-old woman from Long Island who went missing while traveling through Wyoming on a "van life journey" with her boyfriend, according to investigators looking into her disappearance. Pei-Sze Cheng reports.
Copyright NBC New York/Associated Press