The man entered the Webster Bank in Scarsdale at 11:00 a.m. and handed a note over to the bank teller that demanded cash. The top of the note is just visible in surveillance footage and begins: "GIVE ME ALL YOUR [...] "

The suspect took the cash and left the bank, which appears mostly empty in surveillance footage. It wasn't clear how much money he made off with. 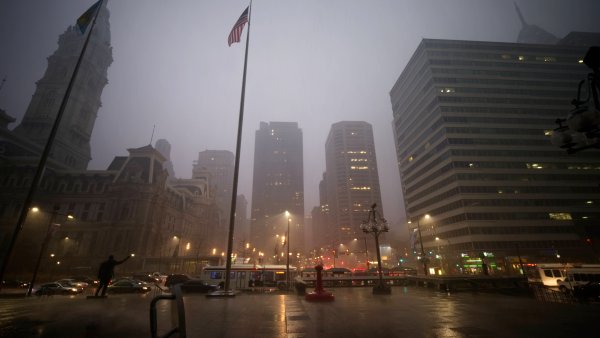 The robbery is being investigated by a number of agencies, including the Scarsdale Police Department and FBI.