Three of the largest utility companies in New York may face penalties in excess of $137 million and possibly risk losing their operating licenses for their much-maligned preparation and response to Tropical Storm Isaias over the summer, Gov. Andrew Cuomo announced Thursday.

Following an investigation by the New York State Public Service Commission, it was determined that Con Edison, Orange & Rockland Utilities and Central Hudson Gas and Electric each must explain why they should not be fined for what the governor has called a failure to respond properly after the tropical storm brought down trees and tore its way through the region in early August.

Both Con Edison and Orange & Rockland also could have their licenses revoked for the apparent violations of the laws, regulations and orders. PSEG Long Island was also subject to the investigation, with numerous failures determined by the commission and enforcement actions be taken against them. 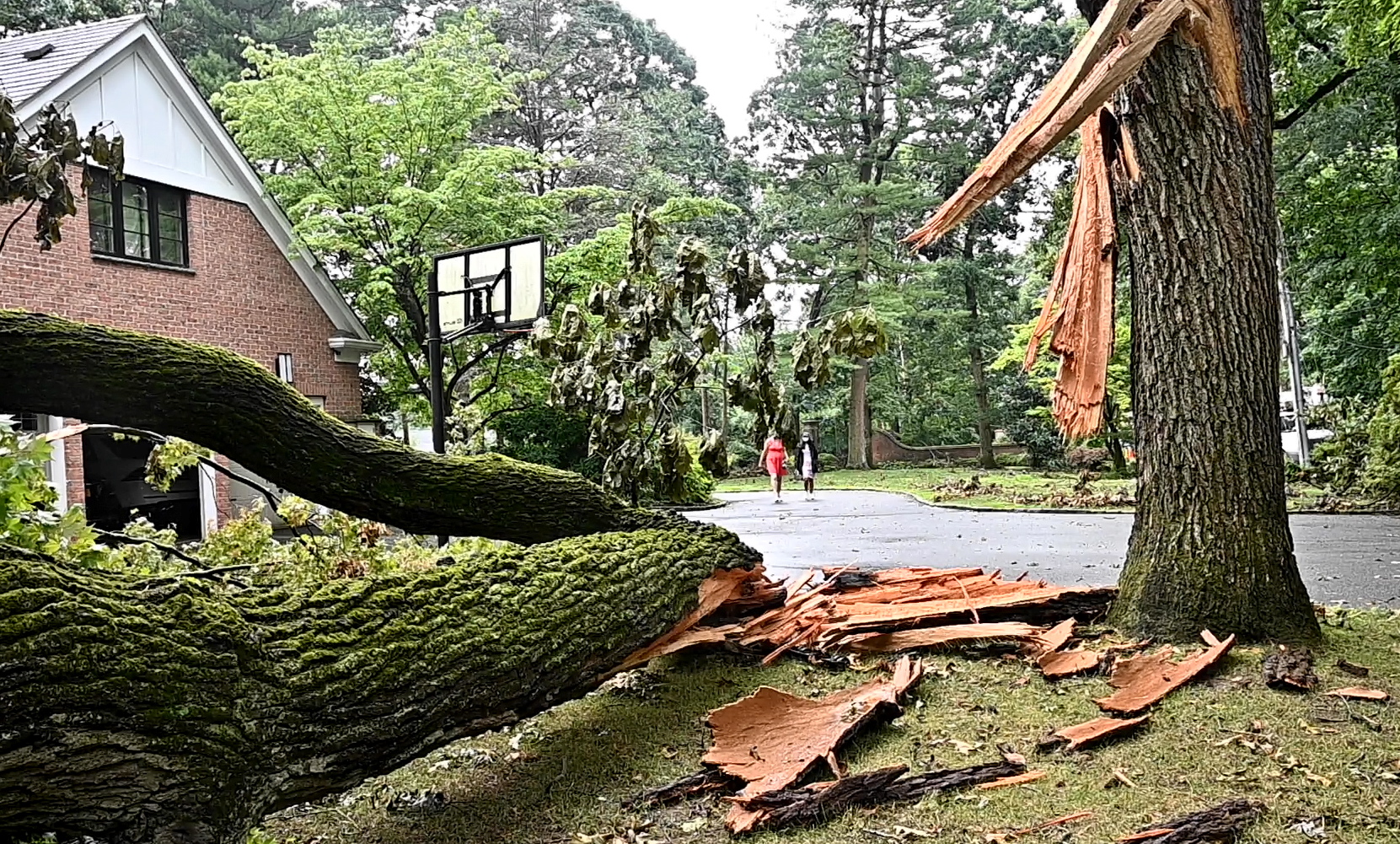 "They want to say the storm is the reason why the service was disrupted. I understand that, and New Yorkers are reasonable, but we're paying you for the service of restoring power after the storm," Cuomo said in a press release, calling the $137.3 million "one of the most significant penalties" levied against utilities. "I'm going to do everything I can do to make sure New Yorkers are compensated, and certainly that New Yorkers are not paying for service they're not getting."

Many people in the tri-state area are facing lingering power outages one week after Tropical Storm Isaias. Katherine Creag reports.

The governor said that Con Edison's response was found to be "wholly inadequate," and given the utility's past instances of lackluster storm response, the license faces being possibly revoked. Orange & Rockland was in a similar position, with past performance impacting the decision to review their license.

"The PSC has the responsibility to determine how reasonable people would have performed the task" of preparing for and responding to issues related to Isaias," said Public Service Commissioner John Rhodes. "Customers pay for utilities' operations. If those operations are mismanaged, then customers should be held liable and utility shareholders should pay to remedy such situations."