One witness said road rage may have led to the crash, which left the mom and three children in serious condition

The driver of a vehicle that crashed into a mother and her three children in Rockland County on Monday afternoon has been arrested, police said.

The 38-year-old mother was pushing her infant in a stroller at the side of Route 59 in Monsey when a 1999 Toyota Corolla crashed into her and her two girls as they walked. (There are no sidewalks where the four of them were hit.) 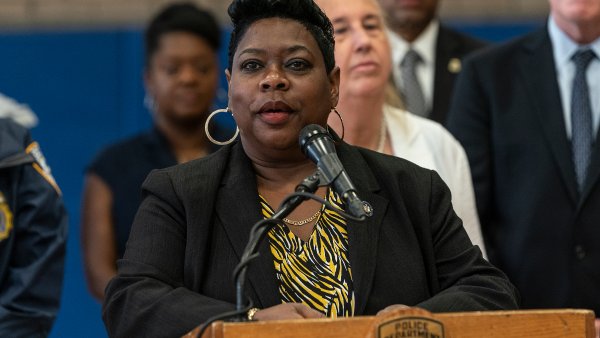 Gomez was not injured in the crash and was held on a $150,000 bail. It's unclear if he has an attorney who can comment on the charges.

It's not clear how the crash unfolded. Witness Joel Rabinowitz told News 4 that he was driving directly behind the Toyota, and that he believes road rage led to the crash.

Rabinowitz says the Toyota was cut off by a white vehicle, and that the driver of the Toyota then tried to pass the white vehicle along the berm, crashing into the family as they walked.

"The silver Corolla, the driver of the car, threw a cup out of the window, was driving pretty erratically," Rabinowitz said.

Rabinowitz says he did not see the actual crash, and his account has not been confirmed by police. Nevertheless, he was resolute, telling News 4: "This was definitely road rage."

Part of the stroller was seen overturned at the side of the road shortly before 4 p.m. The Toyota had front-end damage and was parked several yards away from the stroller, as was the white vehicle mentioned by Rabinowitz.

Sources said one of the children, a 3-month-old infant, went into cardiac arrest after the crash, which happened around 3 p.m. at the intersection of Route 59 and Robert Pitt Drive.

The infant suffered traumatic injuries and was taken to Nyack Hospital by medevac. CPR was performed on him at the scene before he was flown away by helicopter, according to police and sources. He was later transferred to Westchester County Medical Center.

The woman's daughters — a 13-year-old and a 9-year-old — were also seriously injured in the crash, police said. They were taken to Westchester County Medical Center, according to police. They remained in serious condition Monday night.

Aron Wieder, a member of the Rockland County Legislature, posted video of the scene to Twitter shortly after the accident.

"You see that carriage — that's a carriage from a beautiful, little child who was just involved in a car accident," Wieder says in the video. "[He] and [his] mother and [his] siblings were involved in a terrible accident."

Wieder told News 4 that he has been asking the state to do something about the lack of sidewalks in the area for years.

"This is a busy intersection; you have the mall over here, you have shopping centers, cleaners — and they have ignored us," he said.

The crash remains under investigation.