Dr. William "Doc" Spencer, a legislator for Suffolk County’s 18th District and a well-regarded physician was arrested Tuesday night as a result of a sting operation that stemmed from a previous major drug investigation on Long Island.

A New York lawmaker who made fighting substance abuse one of this top priorities, but has since been accused of trading opioids for sex, has stepped down from his position as Majority Leader of the Suffolk County Legislature's Democratic Caucus.

Spencer, a legislator for Suffolk County’s 18th District and a well-regarded physician, appeared in court Wednesday after two senior law enforcement sources told NBC New York that he was arrested Tuesday night as a result of a sting operation that stemmed from a previous major drug investigation on Long Island.

The father of three was released on his own recognizance and walked out of the sheriff's custody wearing his scrubs and a mask alongside his attorney. Neither of them said anything but when asked if he felt like he was targeted, Spencer nodded.

Spencer was ordered to surrender his passport and any firearms in his possession and is due back in court on Feb. 26, 2021. If convicted of the top count, Spencer faces up to nine years in prison.

A task force led by the Suffolk County district attorney’s office, along with Suffolk and Nassau County police, the sheriff’s office and agents from the Drug Enforcement Administration was tipped off onto Spencer’s alleged behavior, so officials set up a meeting with the Centerport lawmaker Tuesday.

Officials said Spencer faces drug-related charges after his arrest in a parking lot behind a Goodwill store in Elwood Tuesday afternoon.

According to prosecutors, Spencer sent a text to a woman, who he believed to be a prostitute, and who he thought he was meeting up with to swap Oxycodone pills for sex. Authorities believed the woman to be a prostitute and she was recruited to help them with the sting. 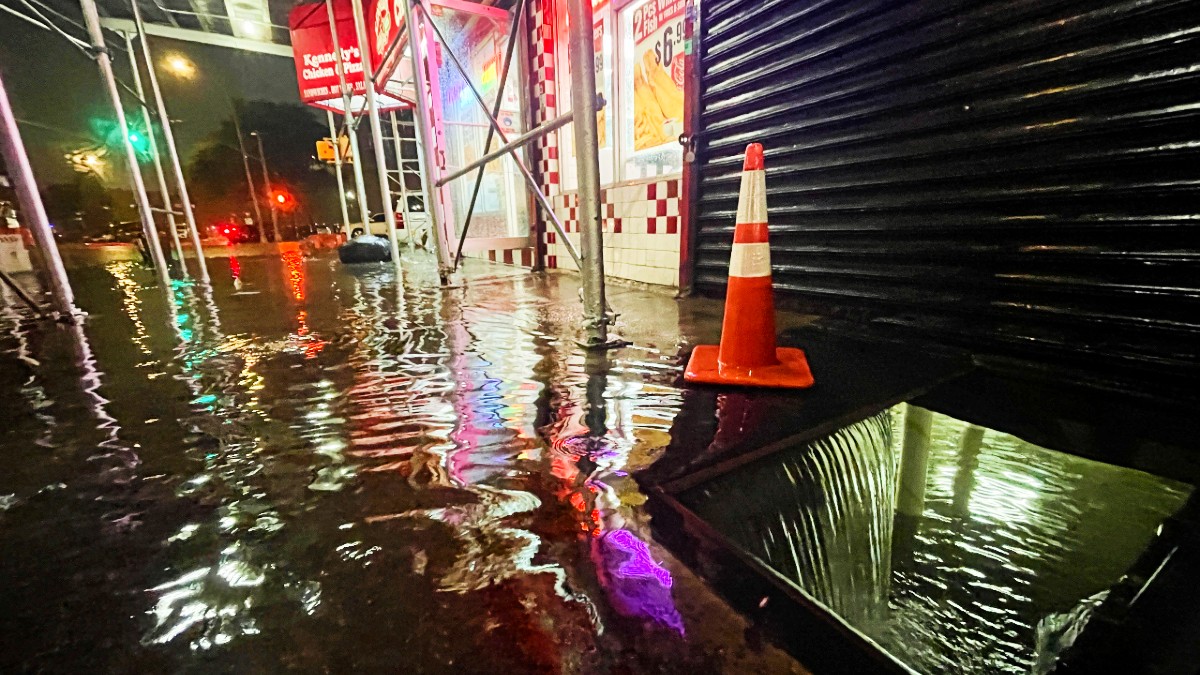 Authorities found him in his state vehicle parked behind a strip mall in Elwood, according to officials. Inside the car was lubricant, condoms and a loaded pistol for which he has a permit.

"Obviously, it's extremely disturbing for an individual to be engaging in this type of behavior who is a sitting county legislator as well as a medical doctor -- someone who has spoken about drug prevention and substance abuse disorders. Obviously, that is very troubling," Suffolk District Attorney Timothy Sini said outside the court.

According to authorities, the larger-scope drug investigation remains active and ongoing. Sini hinted that the investigation was far from over saying that authorities are in the process of executing search warrants and uncovering additional possible crimes allegedly committed by Spencer.

Besides his work as a legislator, Spencer is also an ear, nose and throat specialist and a member of an opioid task force. He has also been an ordained minister since 1986.

He was elected to serve in the legislature since 2011 and has been part of an opioid task force during his time in government. He has focused on drug abuse and opioid addiction, keeping things like tobacco, energy drinks and powdered caffeine (a stimulant) away from minors, according to his website. Since 2012, nearly a third of the legislator’s sponsored resolutions have been focused on health and drug abuse.

The Suffolk County Democratic Committee said in a statement Wednesday: "These are very serious, troubling charges and he should be afforded the same courtesy we give everyone...the opportunity to present a defense and answer the allegations."

After graduating from the University of Connecticut School of Medicine, he worked at St. Vincent’s Hospital and Medical Center in New York City. For the past 20 years, Spencer has had his own private practice in Huntington, the Long Island Otolaryngology Airway, P.C. He is also Chief of Otolaryngology at Huntington Hospital and an associate clinical professor at Stony Brook University Hospital. However, Spencer’s privileges at Huntington Hospital have been temporarily suspended pending the investigation and he no longer serves as the Chief of Otolaryngology, according to the district attorney's office.

Although Calarco went on to say that the allegations are troubling, there is no law that requires a legislator to resign while charges are still pending.

"There is nothing in the law that requires a legislator to resign while charges are pending, and while the allegations against Legislator Spencer are serious, he is entitled to his day in court," Calarco said in his statement before adding: "My colleagues and I remain focused on continuing the business of the people. The Democratic caucus will convene in the future to select a new Majority Leader, and a new health committee chair will be chosen in due time.”