A family on Long Island is still fighting to secure honor and recognition for seven airmen more than three years after they were killed in a helicopter crash while on a mission in Iraq.

Whether he was rescuing people from floodwaters, serving in war zones as a master sergeant in the Air National Guard, or saving lives as a lieutenant in the FDNY, Christopher Raguso never flinched in the face of danger. March 15, 2018, was no different, according to his dad John Raguso.

"His last words to us were 'I've got to do something special today. I'll be back tonight. We'll talk later,'" Raguso recalled the last video call with his son on that day. But there was no later.

The helicopter was used by the Air Force for combat search and rescue, and was in transit from one location to another when it went down near the town of Qaim in Anbar Province.

"My wife cried for two days. That was the worst moment of my life," Raguso said.

His son was a 13-year veteran of the FDNY who received six citations for bravery and life-saving actions as an individual firefighter or as part of a unit. He also served as a lieutenant in the volunteer fire department in Commack, where he lived with his wife and two daughters, ages 5 and 6.

Zanetis had been with the department since 2004 and had been promoted to fire marshal in 2013. He was recognized for his bravery as part of the investigative unit in 2014.

The men were laid to rest with a procession fit for a king and remembered as a hero of the city and country, but an honor Raguso expected, the Purple Heart, never came.

"When you're in the military and you risk your life honorably to try to complete the mission, there is always recognition," Raguso said. 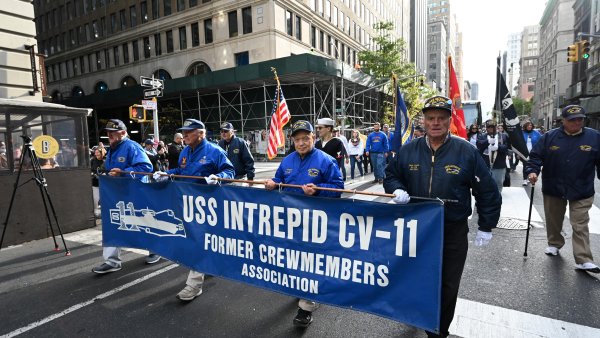 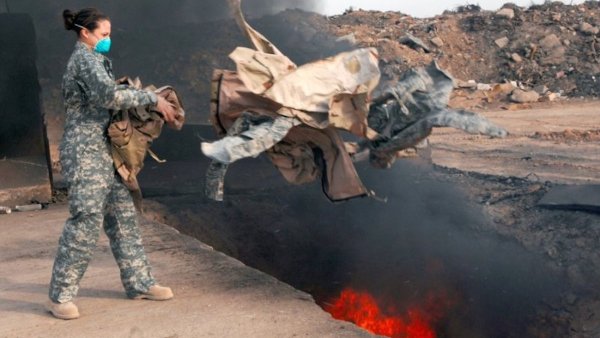 The Purple Heart is given to service members who were wounded or killed as a result of enemy action while serving in the U.S. military. The crash in western Iraq did not appear to be the result of enemy activity and is under investigation, the Pentagon said.

The Raguso family and Long Island Congressman Lee Zeldin say they believe the deaths of those seven men fit the criteria.

"They're flying over the skies of Iraq and Syria in the Middle East. They were putting their lives on the line and ultimately gave the ultimate sacrifice during a combat mission. So for that fact alone, the right thing to do would be to award that Purple Heart," Zeldin said.

Furthermore, Zeldin pointed to the Air Force's own investigation of the crash which indicated that the helicopter may have hit what's called a "flytrap" --- cables strung in the air in the Saddam Hussein era to prevent aerial attacks on the border.

Veterans face a number of adjustment challenges when they leave the military. That’s why the fitness training program SEALFIT is supporting the #BurpeesForVets Challenge, which is raising money to support them in their re-entry. SealFit coach and Air Force veteran Robert Owens explains how doing 11 seconds of burpees can help support our vets on Veterans Day. Watch NBCLX from 12PM to 3PM ET on Veterans Day for live coverage of the SEALFIT Veterans Day Challenge.

"When someone sacrifices their life for what they believe in, and people don't acknowledge it, I need to get them the recognition that they deserve," Raguso added.

On Nov. 3, Zeldin and six other members of Congress sent a letter to the Secretary of Defense, citing hostile foreign forces were responsible for the flytrap and requesting Purple Hearts to be awarded to the entire crew for their bravery and commitment to their mission.

The Pentagon has yet to respond to the letter and did not respond to questions from NBC New York before the publication of this story. Whatever the answer is, Zeldin says he will keep on fighting for the men to be recognized.

"This is a cause that isn't going away. If the defense department decided today that they weren't going to award Purple Heart, we're going to mobilize more," the Republican Congressman said.