Mayor Bill de Blasio described the case as a clear example of racism, though the NYPD says it's not investigating the case as a bias incident

The mother of the 14-year-old boy at the center of a racially charged upscale New York City hotel confrontation demanded the woman seen falsely accusing her son of phone theft be held accountable as calls for justice continue to mount.

According to a one-minute video and narrative posted by the boy's father, acclaimed jazz musician Keyon Harrold, the as yet publicly unidentified woman accused the boy of stealing her phone at SoHo's Arlo Hotel over the weekend.

The dispute escalated into a physical confrontation, police say video shows. Harrold, 40, got scratches on his hands and his son, though physically unhurt, was emotionally traumatized by the repeat accusations and the hotel's response. As it turns out, the woman had left her phone in an Uber. It was later returned.

"No 14-year-old boy should feel threatened by anybody," the boy's mother, a teacher named Kat Rodriguez, said Wednesday. "When an incident arrives like this in the classroom, I hear everyone's side of the story."

Civil rights attorney Benjamin Crump and musician Keyon Harrold hold a rally in City Hall to protest against an alleged false accusation of theft and attack on his son by a woman at an upscale hotel last week. News 4's Tracie Strahan reports.

"All we want," Rodriguez said, is for the NYPD and the Manhattan district attorney's office to "do the right thing" and file charges against the woman. Hernandez also went after the hotel staff and management, who she said "had plenty of time to de-escalate the situation before the lady had a chance to assault our son." Manhattan District Attorney Cy Vance met with the family Wednesday to discuss the case, which his office said earlier this week was being investigated.

The NYPD, meanwhile, said Tuesday it plans to bring charges against the woman. The woman has been identified by the NYPD, a spokesperson said, and detectives are working to locate her for an interview. While the case has made headlines for alleged racial undertones, the NYPD says it's not investigating it as a bias attack — and the family wants to know why.

"Everybody's heard the term 'let me see your papers.' That's what happened to my son. And that needs to stop. Because I'm a whole human, my son is a whole human," Harrold said.

According to noted civil rights attorney Benjamin Crump, who joined the family at a City Hall Park rally Wednesday, it was an obvious example of a bias attack.

"We're looking to the NYPD and we're looking to the Manhattan DA to say, are you going to join in the racial profiling or are you going to do your job and deliver equal justice," Crump said. He also called for an end to what he said was America's dual justice system — making the point that circumstances would have been very different if a Black adult had tackled a white teenager and tried to take his phone.

The NYPD has confirmed they are looking for the woman who was seen on video falsely accusing a teen boy of stealing her cellphone at a Manhattan hotel. NBC New York's Phil Lipof reports.

Harrold, who described the case in pained and frustrated detail in a Sunday Instagram post, said the experience was one of the most traumatic he has endured in his life -- namely, he says, because someone threatened his son.

The NYPD has confirmed they are looking for the woman who was seen on video falsely accusing a teen boy of stealing her cellphone at a Manhattan hotel. NBC New York's Phil Lipof reports.

"We were literally going downstairs to have brunch" Saturday at the Arlo hotel, Harrold said, when he says he and his son were accosted by the woman and hotel staff.

In the one-minute-long video Harrold posted to Instagram Sunday, the woman keeps insisting that his son show her his phone, alleging that it belongs to her and saying that "he's not leaving" until she's proven otherwise.

"This incident went on for five more minutes, me protecting my son from this lunatic. She scratched me; she Tackled and grabbed him," Harrold wrote in the caption. The footage doesn't appear to show anyone being physically attacked but Harrold can be heard saying "get your hands off" before the video ends.

It was not clear what happened before or after the video clip.

Harrold said the woman wasn't a current hotel guest and that she checked out on Dec. 23, a few days before the incident, but the hotel manager still appeared to try to get Harrold's son to show the woman his phone.

The hotel has since apologized to Harrold and his son for the "inexcusable experience" they endured. The woman at the center of it remains unidentified at this point, though NBC News has tried to find out who she is to get comment.

"It would be horrific at any age, but it’s especially offensive that it happened to a child," de Blasio said in a tweet. "To Keyon Harrold Jr. and his family: I am so sorry this happened to you. Her behavior was an affront to our city’s values."

The case is the latest in a series of caught-on-camera confrontations where Black people were wrongly accused over the last year. The most recent and widely shared incident occurred in Central Park back in May when a white woman falsely accused Christian Cooper, a birdwatcher who is Black, of assault after he asked her to put her dog on a leash in an area where leashes are required. 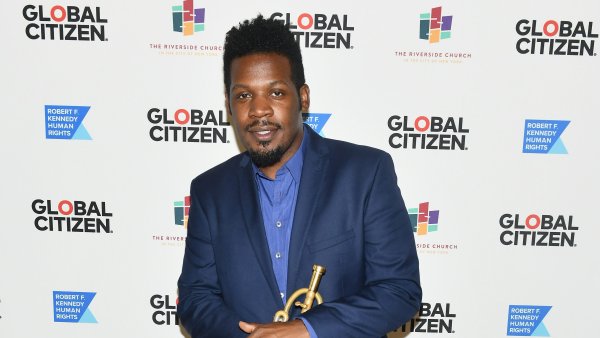 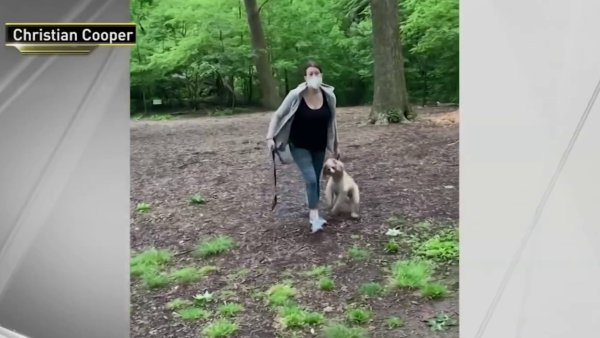