New Jersey is expected to lift its indoor mask mandate in one week, no longer leaving the Garden State the lone tri-state holdout on the new CDC indoor mask guidelines, a source within the governor's office said Friday.

The news of Gov. Phil Murphy's decision to drop the mandate comes as an abrupt departure from a few days, when he announced mask requirements would still be in place for most indoor settings "for the time being," even as the state withdrew its outdoor mask rule.

The New Jersey governor had said he would lift the indoor mask mandate when more people in his state are fully vaccinated, but stopped short of detailing a specific threshold.

"I've been hanging my hat on Memorial Day since December," Murphy said Wednesday, "so watch that space."

Murphy's decision in not immediately adopting the latest CDC guidance left New Jersey as one of the few states to keep those fully vaccinated wearing masks in most indoor settings.

NJ.com reports the news will be announced Monday by the governor and be adopted by the state on Friday, May 28, in time for the Memorial Day holiday weekend.

"While we have made tremendous progress, we are not out of the woods yet. The majority of New Jerseyans are still unvaccinated and we're not checking anyone's vaccine status at the door when you go to the supermarket or to a hardware store, for instance," Murphy said Monday. "I don't know how we can expect workers to tell who is vaccinated from who isn't -- and it is unfair to put the burden on business owners and frontline employees to police every patron."

The expected dropping of the mask mandate comes as a relief to bars and restaurants in the state, frustrated that they still had to tell customers to mask up while their counterparts across the Hudson no longer had to.

"It's really good because a couple of months ago we have people coming here not wanting to wear a mask, and they would just leave. And I was like, 'Listen, it's the law, it's not us,'" said Lou Pipon, owner of Mickey's Sports Bar in Lyndhurst.

But like residents of New York and Connecticut, who were given the green light to take off their masks in many situations on Wednesday, many still said they would keep wearing the protective face coverings. And while the state won't demand people to keep masks on indoors, individual businesses can still make that requirement.

When asked about detailed of the mask announcement, a spokesperson for Murphy had no comment, instead saying to wait for Monday's briefing. 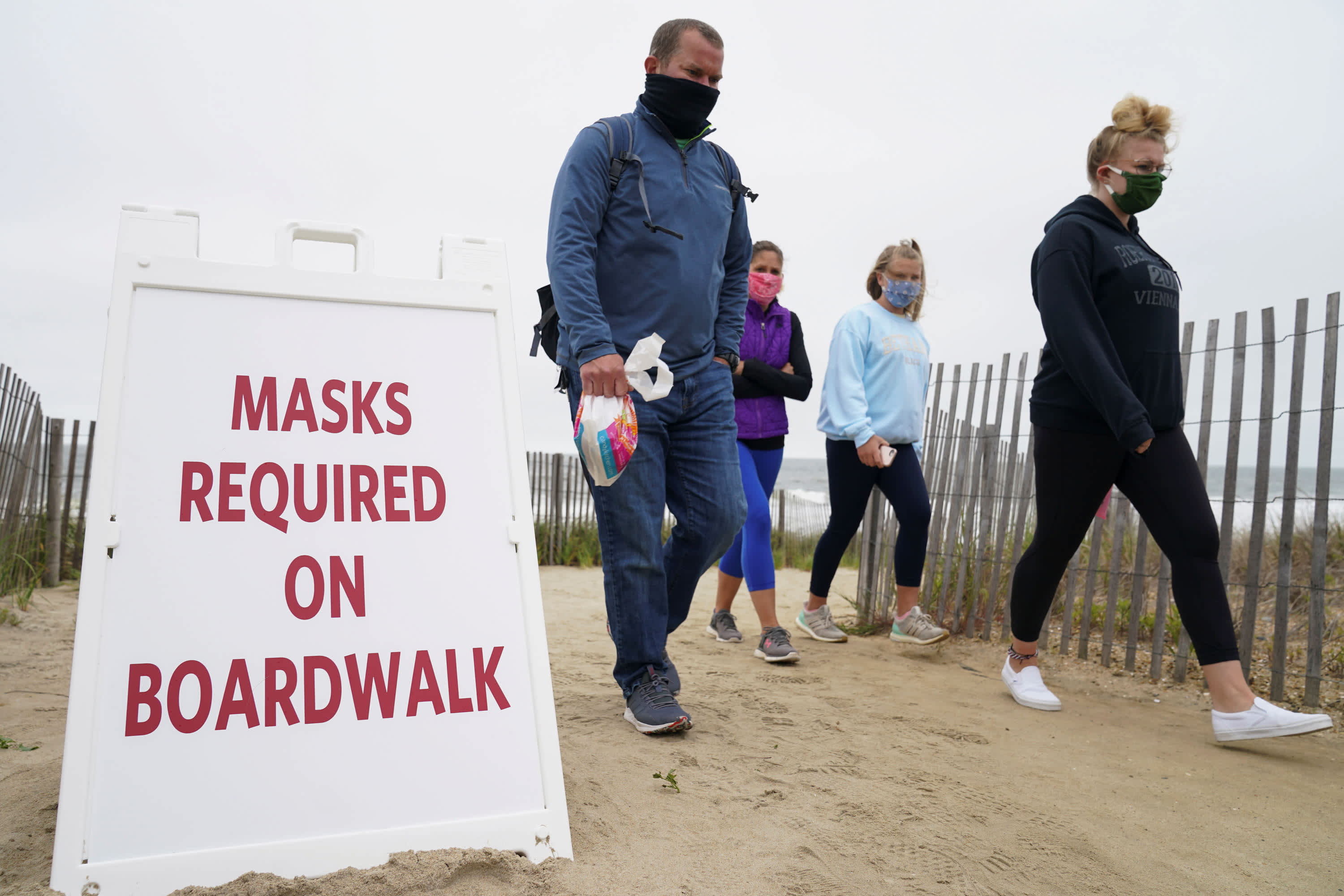 Dr. Scott Gottlieb Says ‘Nobody Is Going to Be Wearing' Covid Masks by June 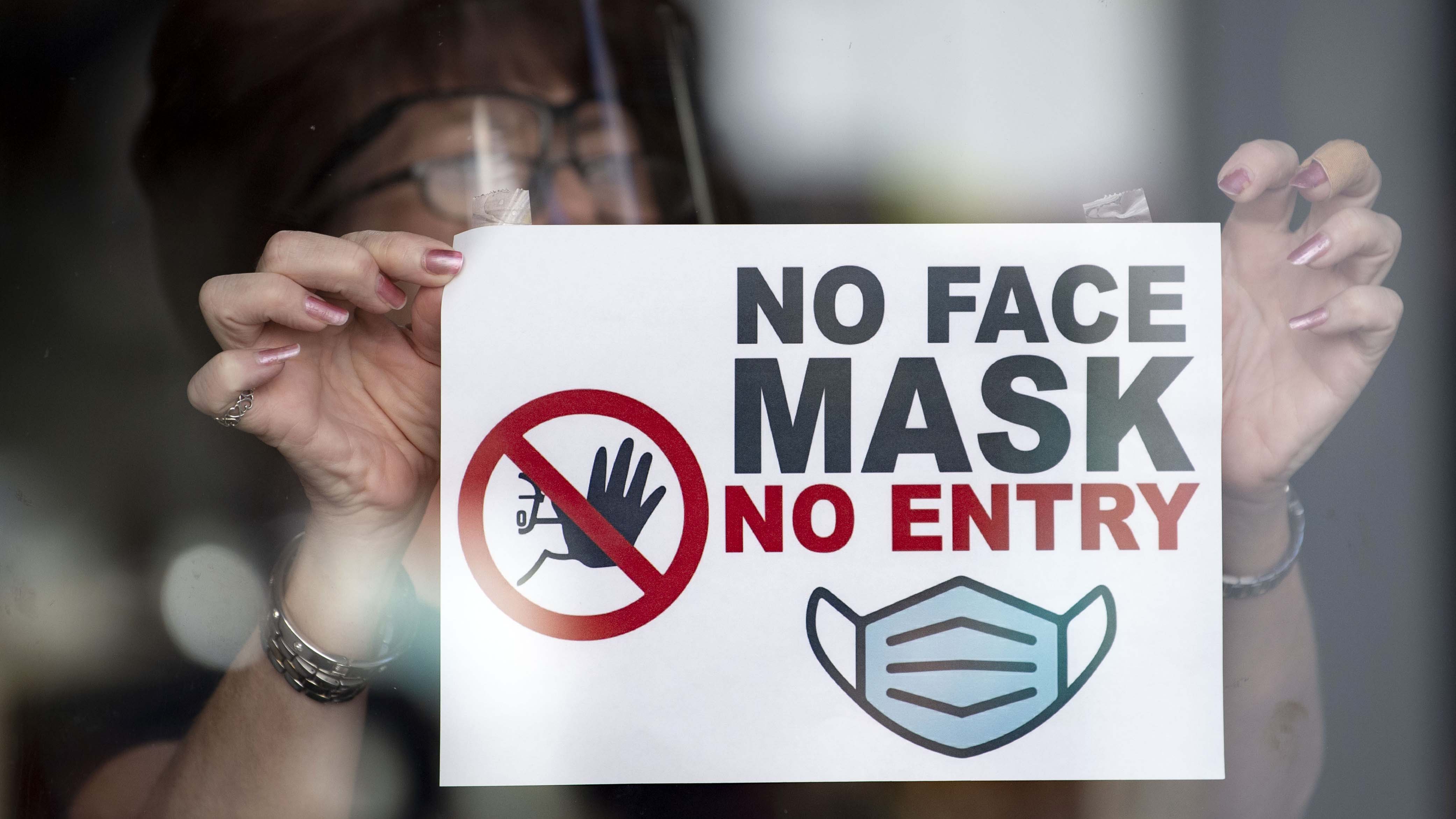 The state did acknowledge some progress fighting the virus, saying Monday it would drop its travel advisory. With that change, visitors to New Jersey will no longer be required to quarantine.

While just a few weeks ago New Jersey had the highest per-capita case rate and death rate in the nation, the state's numbers have improved dramatically. Over the weekend it became the largest state in the country to hit a key threshold of 70 percent of adults being vaccinated.