Revenues from congestion pricing, which would apply to vehicles entering the heart of Manhattan, would benefit the MTA, which operates buses and subways, regional lines and bridges and tunnels

Two New Jersey congressmen fired the latest volley Wednesday in the brewing battle over New York City's plan to charge a fee to enter the city's center, announcing legislation that seeks to cut off some federal grants to the city if New Jersey motorists wind up on the hook.

The legislation announced by Democratic Rep. Josh Gottheimer addresses New York's plan to become the first city in the U.S. to implement what is known as congestion pricing, an additional toll aimed at reducing gridlock in midtown Manhattan and funding improvements to the city's bus and subway systems.

Gottheimer and others have characterized the plan as a brazen attempt to squeeze more fees out of New Jersey motorists who already pay up to $16 to enter the city through the Holland and Lincoln tunnels and the George Washington Bridge. 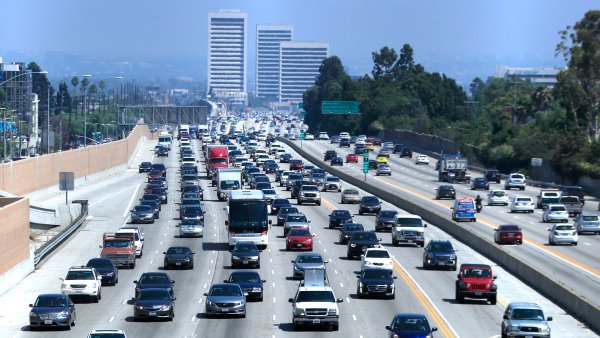 LA No Longer Has the Worst Traffic in the Country, New Report Says 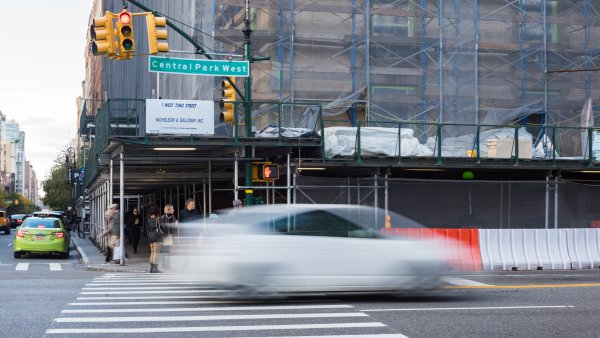 Which NYC Boroughs Are Most Likely to Have Speeding Drivers?

That money goes to the Port Authority of New York and New Jersey, whose properties include Newark Liberty International Airport, the New Jersey ports and the PATH train system serving northern New Jersey. The authority's board is made up of members from both states, and both states' governors have ultimate say in approving projects.

Revenues from congestion pricing, which would apply to vehicles entering the heart of Manhattan, would benefit the Metropolitan Transportation Authority, which operates buses and subways, regional lines and bridges and tunnels. The plan is currently under environmental review that could last into next year, and full implementation likely won't happen until 2023.

“Every nickel will go to New York to their mass transit, to help fix their subways,” Gottheimer said Wednesday. "Not a cent will go back to PATH or New Jersey Transit to actually help our state in any way. I would encourage New York to work cooperatively as we have, forever, with the Port Authority and do things in a cooperative manner.”

Like other U.S. public transit agencies, the MTA suffered steep losses in ridership and revenue due to the COVID-19 pandemic, and it has received billions in aid from the federal government in the last year.

Congestion pricing was approved by the state legislature before the pandemic and is seen as necessary for the MTA's future capital projects but not required for operating expenses.

The legislation proposed by Gottheimer and southern New Jersey Rep. Jeff Van Drew, a Republican, would prohibit the federal Department of Transportation from giving certain transit-related grants to MTA projects in New York until New Jersey drivers receive exemptions from the congestion fee. It also would create a federal tax credit for New Jersey motorists to defray their costs if the plan is put into place.

Ken Lovett, senior adviser to the MTA chairman and CEO, said Wednesday that in addition to performing extensive preliminary design work and testing different equipment and technology, the MTA is planning a series of public outreach meetings in the nearly 30 counties in New York, Connecticut and New Jersey that would be affected by the plan.

“Threat of legislation that is not likely to go anywhere does nothing to move the process along,” Lovett said in response to Gottheimer's announcement. "Rather than playing political games, we ask that everyone allow that transparent process to play out.”