The two former Customs and Border Protection officers accused of extreme, sexually abusive hazing of colleagues at Newark Airport, exposed in a bombshell I-Team investigation two years ago, were acquitted on all charges, according to a spokesman for the US Attorney in New Jersey.

The charges against Parmenio Perez, 41, of Hawthorne, New Jersey; and Michael Papagni, 33, of Staten Island, were first leveled nearly two years ago by fellow CBP officers in an I-Team interview. Those officers described a conference room in a secure area at Newark Airport's Terminal C, where they said officers were targeted for abuse by their own on a so-called "rape table."

"Once the lights go out, they grab you up like a gang, and they forcibly throw you on the table and one officer ended up mounting me and pretty much riding me like a horse," CBP officer Vito Degironimo previously told the I-Team, describing it as sexual attack. "I’m grabbed by other officers against my will. I don’t know how much more criminal you can get."

"Hazing wouldn’t do this justice. This is complete assault. They take you in a room and your fellow officers are all watching as officers grab you," he said.

CBP officer Diana Cifuentes, who also said she suffered abuse at the hands of fellow officers, said, "I’m afraid for my life, my safety."

Another officer who did not want to be named said in a separate interview that he’d been taped to a chair by fellow officers and feared suffocation when a plastic bag was placed over his head.

Papagni and Perez were indicted last June on charges of forcibly assaulting, impeding, intimidating and interfering with two male customs officers while they were on duty. A third officer, 38-year-old Tito Catota of Lyndhurst, New Jersey, pleaded guilty those same charges and will testify against his former colleagues at the trial.

Perez's and Papagni's lawyers contend there was a culture at CBP of horseplay and fun. 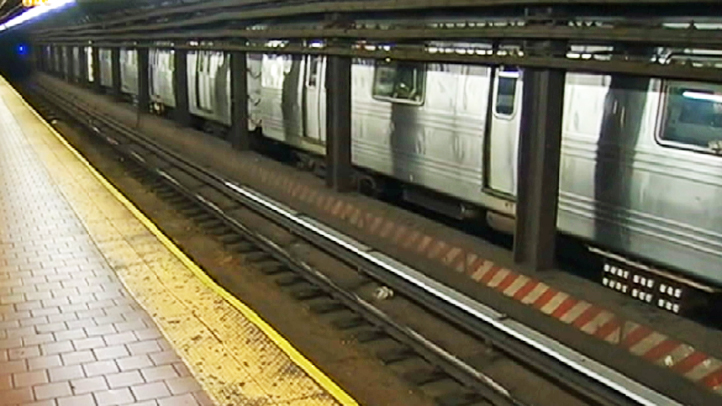 Papagni's defense attorney told the I-Team outside court Jan. 17, "Yeah, I called it a joke, but I didn't call it a joke on my own. The two alleged victims in this case called it a joke."

"It's now changed and morphed into a story of near-death experiences and violent sexual assaults," he said. "I mean, it's ridiculous."

CBP spokesman Anthony Bucci previously said in a statement, "We do not tolerate misconduct in our ranks and are committed to a safe workplace environment free of harassment or intimidation,"adding that CBP authorities took "administrative and management actions to correct the situation."

He added, "The overwhelming majority of CBP employees, and our men and women in uniform at the port of Newark, perform their duties with honor and distinction, working tirelessly every day to keep our country safe."

According to the criminal complaint News 4 obtained in September, all three officers were assigned to the agency's Passenger Enforcement Rover Team (PERT), an elite passenger screening team at Newark that was disbanded in May 2017, two days after the exclusive I-Team report.