New York City is dirty -- the dirtiest city in the nation, according to a new report.

The report, released by BusyBee, a cleaning service in NYC, combines data from the Environmental Protection Agency, the American Housing Survey and the U.S. Census Bureau.

New York City, according to the report’s infographic, has a dirtiness index of 427.9, leading all 40 cities in the report. New York City topped the charts in the litter and pest factor category, the report said.

The next closest is Los Angeles, which has a dirtiness index of 317.8. The third dirtiest metro is also in California -- Riverside/Bernardino.

Pests weighed down LA's score and also affected Riverside/Bernardino, though the latter had more of a pollution problem. 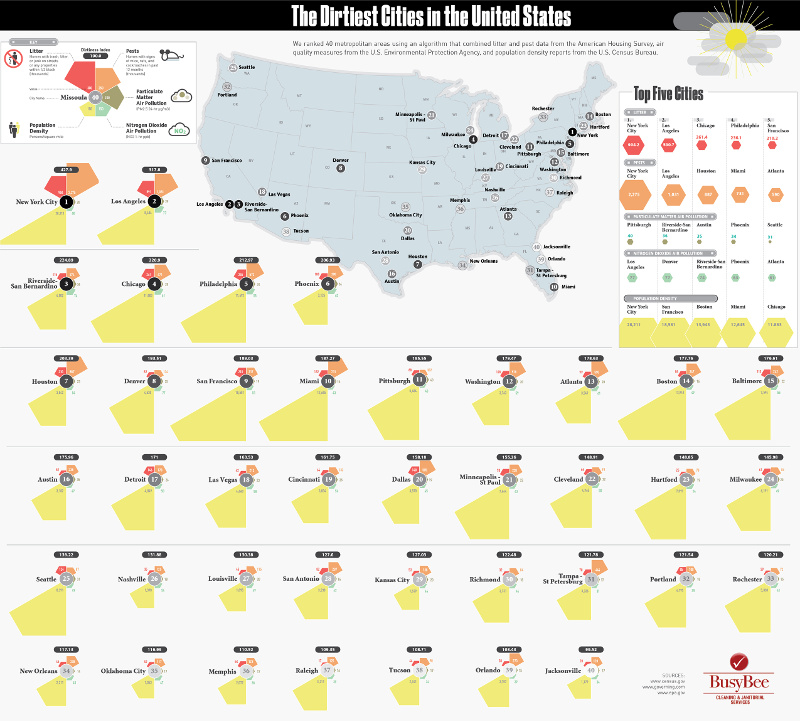