Riders Stood Up for Muslim Women on Subway: Straphanger

One rider told the harasser "it's time for you to leave these women alone, Sir."

Subway riders stood up for a pair of Muslim women after they were allegedly harassed by a man who called them "terrorist foreigners" in the days after the mass shooting at a Florida nightclub.

Amaira Hasan, a rider on the train who is also Muslim but not among the women who was harassed, said in a Facebook post that the man set on two women in hijabs on the F train in Queens on Monday morning, telling them to go back to their country and accusing them of having bombs. 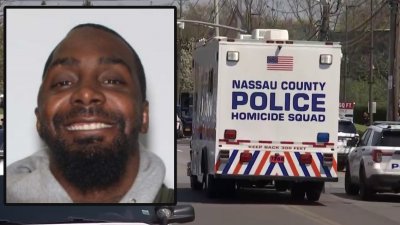 Hasan said that everyone on the train "erupted in anger" when they heard the man, who the Daily News reported was pushing a baby in a stroller. Hasan told the News that the man talked about how "Donald Trump is right" and that several people -- including a man who said he was a Romanian immigrant, a black man and a gay man -- challenged the man's stances.

Eventually, another straphanger got the man to stop his rant by saying, "This is New York City. The most diverse place in the world. And in New York, we protect our own and we don't give a f--- what anyone looks like or who they love, or any of those things. It's time for you to leave these women alone, Sir."

The man got off at the next stop as straphangers cheered, Hasan said.

"I say all this to say that in light of all the bad happening around us, remember that there's so much good and so much love," she wrote.

Hasan's post garnered more than 26,000 shares in the days following the interaction. She said in a post Wednesday that the response was "overwhelmingly positive."

"It's nice to know that among all the horrible rhetoric that's floating around right now, especially about Muslims, this is floating around, too," she said in the second post.