For the third night in a row, gunfire on the streets of the five boroughs has left multiple people injured — including a teenager in the Bronx Wednesday evening, who was clinging to life after being rushed to the hospital.

The gunshots rang out around 5 p.m. in the Williamsbridge neighborhood, during an apparent drive-by shooting along Burke Avenue. Two gunman in the back of a black SUV opened fire on four people, some of whom were innocent bystanders, police said. At least eight shots are believed to have been fired.

Two of the four victims are teenagers, according to police. One of them, an 18-year-old, was shot in the head and listed in critical condition. A woman who said she was the aunt of the teen got to the scene a few hours after the incident, desperate to know what happened to her nephew. 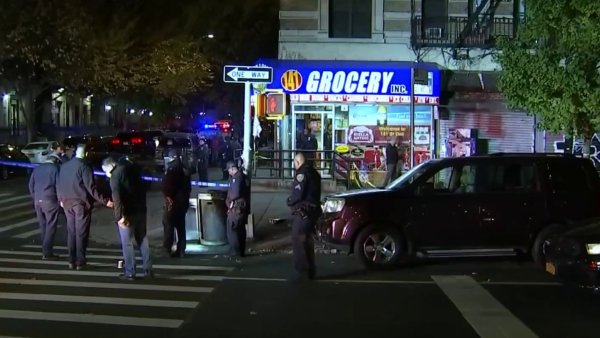 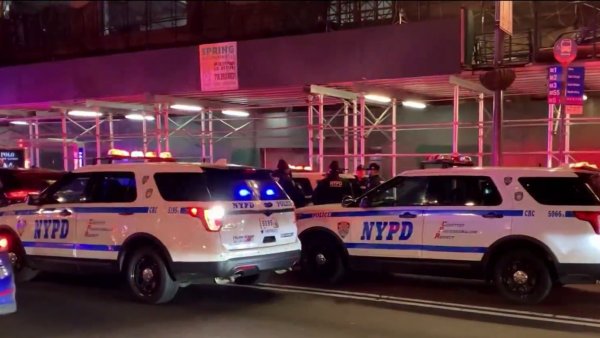 Two Arrests Made After Three People Shot in Midtown: Police

The other three victims are expected to survive, police said. At least two of them — a 60-year-old woman who was struck in the thigh by a bullet, and a 26-year-old man working nearby who was shot in the ribs — appeared to have been unintended targets.

The fourth victim, a 15-year-old boy, was shot in the buttocks.

Detectives who canvassed the scene found an imitation pistol close to where the 18-year-old was. Several bullet casings were spread across the road.

Investigators said that the SUV made a U-turn after the shooting, and sped away. A motive for the shooting is still unclear. None of the victims have any criminal history, and police are searching for the suspects seen leaving the area in the vehicle.

The latest shooting incident comes after four people were shot at a deli in Harlem on Monday, and after three more were shot in midtown Tuesday night in what is believed to be a gang-related incident, according to police.

Three people with violent criminal histories were arrested in connection to the latter incident, which stemmed from an altercation inside a venue rented for a rap performance on West 38th Street. Video showed a dark car double parked outside the club, and four men could be seen walking toward another vehicle when two people inside the dark car get and start shooting. The other men fired back

Police confirmed a 27-year-old man was shot in the stomach and a 24-year-old was shot in the chest Tuesday night. The third victim, a 19-year-old man, was found with a gunshot wound to his leg further east. Three guns were recovered at the scene, and all the men who were shot are expected to recover.