A woman was struck and killed by an MTA bus on a busy Brooklyn avenue Wednesday evening, authorities say.

The woman was hit by the BM1 bus on Ocean Avenue in Midwood at about 5 p.m., according to the FDNY. The pedestrian was transported by Hatzolah to a local hospital in critical condition and later died.

The bus, which goes from midtown to Mill Basin, stayed on the scene. Surveillance video showed the impact from the front left side of the bus that tossed the woman into the middle of the street.

Her body remained on the yellow double-lines as drivers and pedestrians slowed to a stop, apparently realizing what happened, the video shows.

The pedestrian has not been identified, but a neighbor who said she knew the victim called her a "beautiful lady."

"I'm shocked," said the woman, who only offered her first name, Jamila. "Our kids went to the same school, she was a good lady. I feel bad for the family."

"Every time I met her, always a smile," she added. 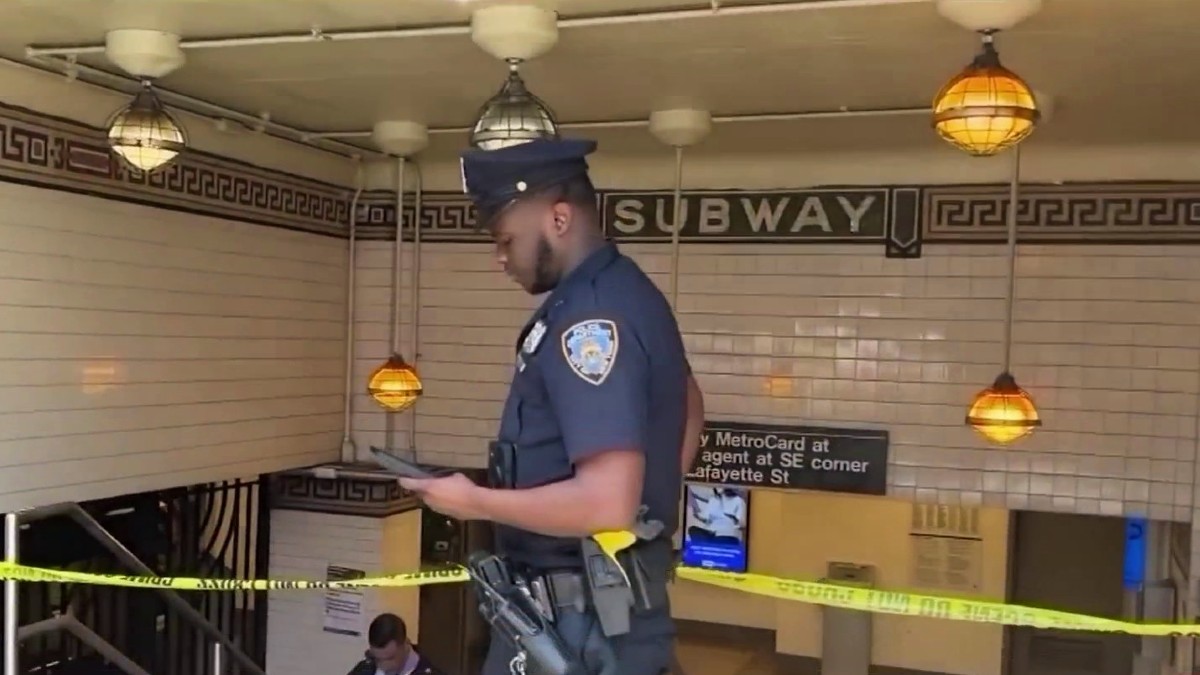 There has been a series of recent accidents in the city involving MTA buses making left-hand turns and hitting pedestrians, some fatally. It does not appear this bus was making a turn when it hit the woman on Ocean Avenue, about midway down the block between Avenues J and K.