Public and transit officials have sought for years to build a rail link to LaGuardia, which opened more than 80 years ago and remains one of the few major U.S. airports without rail service

The Federal Aviation Administration on Tuesday issued final approval for a monorail connecting trains from Manhattan to LaGuardia Airport, giving the go-ahead for the roughly $2 billion project to pursue federal funding.

The elevated 1.5-mile link would connect the airport to a train stop next to Citi Field, home of the New York Mets, that is served by the Long Island Rail Road and the No. 7 subway line.

Critics had opposed the plan, saying it would negatively impact the Queens neighborhoods it traverses and wouldn’t be appreciably faster than driving. 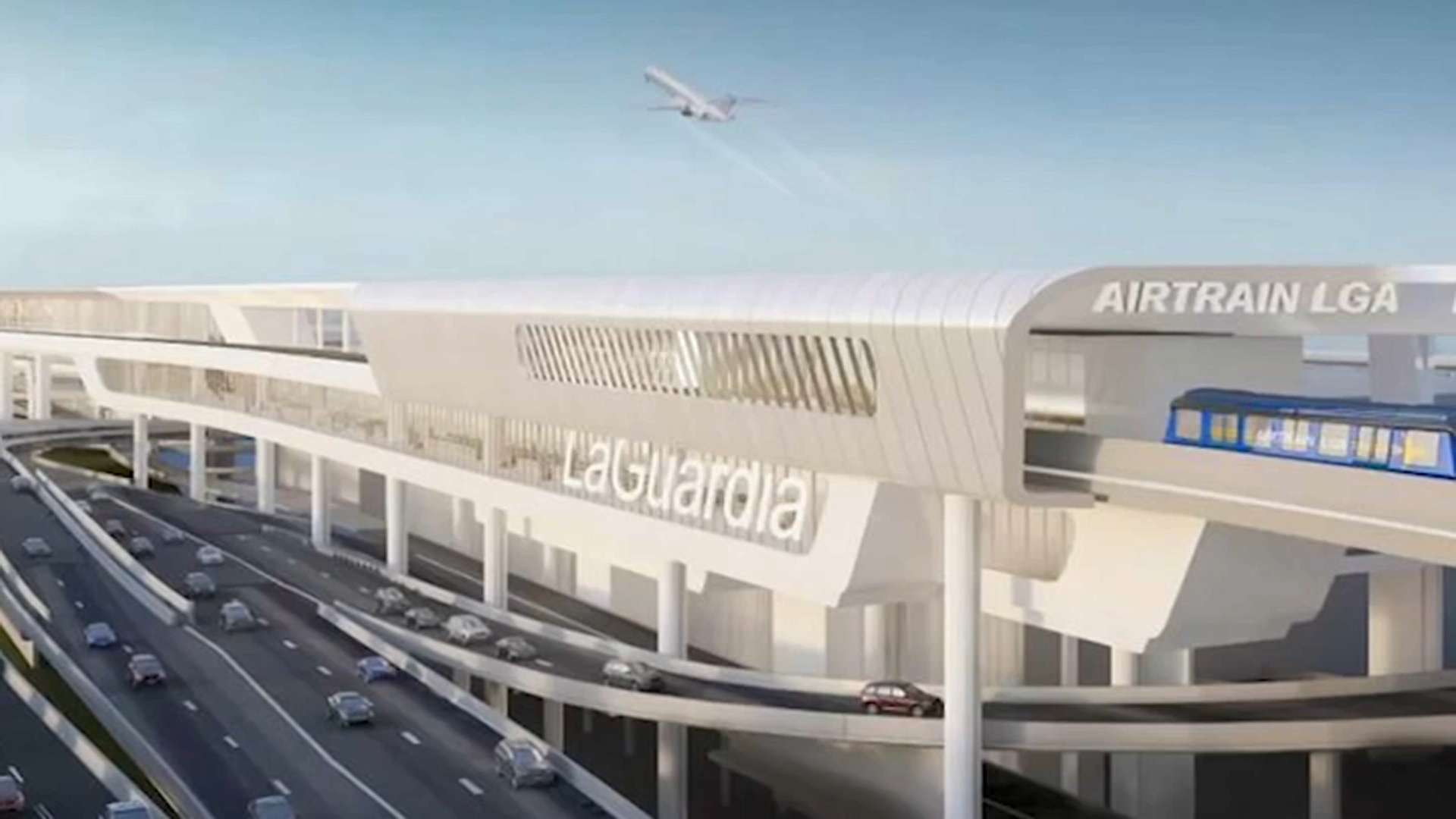 Public and transit officials have sought for years to build a rail link to LaGuardia, which opened more than 80 years ago and remains one of the few major U.S. airports without rail service. In a preliminary report last year, the FAA said it reviewed dozens of other proposed alternatives including ferry service, improved bus service and the extension of subway service to the airport.

The monorail was the best alternative because it provides “a time-certain transportation option and supplemental access” to the airport and will reduce vehicle traffic, the FAA wrote in the document released Tuesday. The FAA also concluded the project was “reasonable to construct and operate given cost considerations" and wouldn't affect subway or rail service during construction.

“LaGuardia Airport is the only major airport on the East Coast without a rail mass transit link, and it is way past time for that embarrassment to end,” the Port Authority said in a statement. “The LaGuardia AirTrain will provide a sustainable and reliable travel option and will remove millions of vehicles from congested highways and local roads each year.”

Residents in northern Queens are crying foul over a plan to create an AirTrain to LaGuardia Airport. Roseanne Colletti reports.

The Port Authority has said the project won't require the taking of any public property. Numerous residential units, a middle school and two parks will experience noise and vibration impacts during construction, according to Tuesday's report.

“However, with incorporation of mitigation measures and due to the temporary nature of the impact, FAA has determined the noise and vibration impacts from construction are not significant,” the report concluded.

Preliminary construction on supporting infrastructure is expected to begin this summer, according to the Port Authority. The project is expected to take several years to complete.