A 35-year-old woman has been charged with murder in the death of her 46-year-old fiancé, who vanished 11 days ago when his kayak capsized on the Hudson River, authorities said Thursday.

Angelika Graswald and Vincent Viafore, of Poughkeepsie, were kayaking in choppy waters off Cornwall-On-Hudson in Orange County April 19 when Viafore's kayak overturned, dumping him in the water.

Authorities allege Graswald intentionally killed him, and said the charges are based on inconsistencies in her story; they would not discuss the method, manner or motive beyond saying they believe he was killed on the river.

Graswald was arrested Wednesday while placing flowers on Bannerman's Island, an island in the Hudson near the spot where she and Viafore had gone to kayak the day he disappeared.

Initially, authorities had said Graswald tried to help her submerged fiancé, who wasn't wearing a life jacket when his boat flipped. She called 911 and then fell out of her own kayak. A passing boat scooped up Graswald and she was treated for hypothermia at a local hospital, authorities said.

Viafore's kayak was recovered, but his body was never found. State police and local marine patrols and fire departments searched for him for days by boat and helicopter to no avail.

In a tearful exclusive interview with News 12 in Westchester five days after the capsize, a devastated Graswald said she saw Viafore trying to figure out how to paddle in the rough water, and watched as the waves tossed him into the river. Holding her head in her hands at times during the interview, Graswald said Viafore told her he didn't think he would make it.

She encouraged him to hold on, she told News 12, adding she saw boat lights before she lost sight of him. 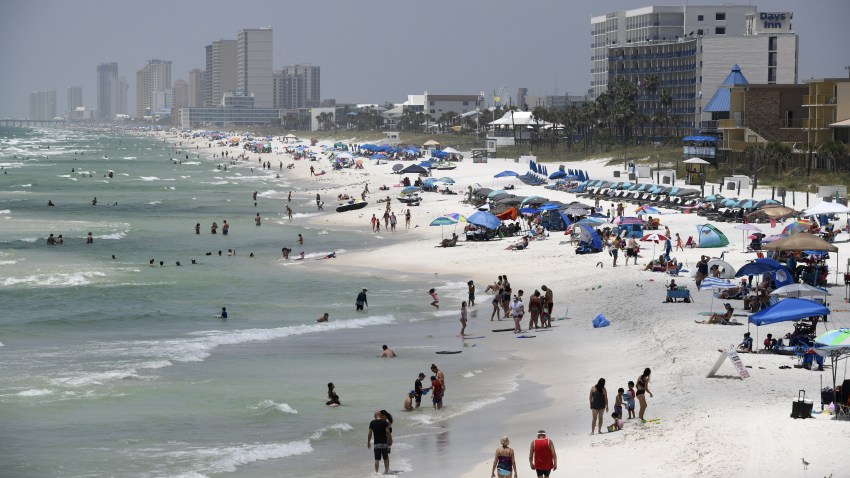 A Facebook page with images of Graswald and her fiancé features an outpouring of support for the 35-year-old woman, both from friends and strangers alike. One Facebook user wrote about remembering "Vinny" from their youth -- attending Catholic school together and playing games like Monopoly and Wiffle ball in her basement.

Graswald wrote on her own Facebook page 10 days ago: "Please keep your prayers for Vince. Miracles are possible."

Graswald, who is Latvian and uses several aliases, according to authorities, was remanded to jail after her arraignment Thursday and is due in court next week. The matter will be presented to a grand jury, authorities said. Attorney information wasn't available.

Barbara Gottlock, a friend of Graswald and did volunteer work with her, was stunned by the arrest. She told NBC 4 New York that Graswald seemed to be "happy and in love" with her fiance.

"She never said anything in my presence negative about him," she said.

Gottlock said she and her husband, whose home overlooks the water, remember seeing Graswald and Viafore just as they pushed their kayaks into the water from Bannerman's Island.

"I could see a woman and a man out there, but I couldn't make out faces," Gottlock said. "We put two and two together and figured that's her. And then she sent a few pictures from the island before she left."

The Gottlocks keep a telescope in their living room; they said Graswald asked them to use it to search for her fiance's body before she was arrested. Now the authorities are asking for the public's help finding it.

"You hope for the best that perhaps it was all a tragic accident but at this point it's all up in the air," said Wes Gottlock.