A family dog who went missing in the Hudson Valley a year and a half ago was found living in the woods, eating animal carcasses to survive.

When he was discovered, Bandit the dog had traveled nearly 10 miles from an animal hospital he’d escaped from in Gardiner, New York, back on Oct. 8, 2016.

Bandit's family searched high and low for him after he ran away, but even after several sightings he had “all but disappeared,” according to Buddha Dog Rescue & Recovery. 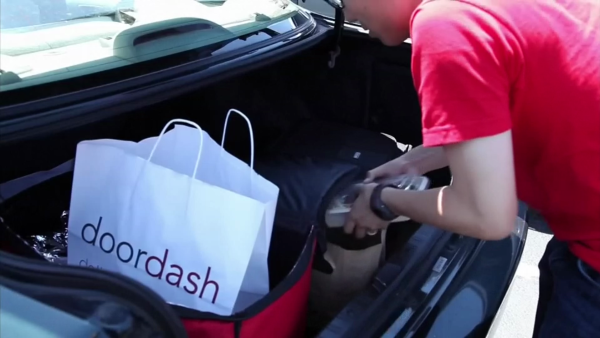 Fast-forward many months to Feb. 8, 2018, when a local named Tab Calvitti spotted the black dog on the edge of the forest. Although she tried more than once to lure Bandit out of the woods, he had vanished into the thicket.

Calvitti eventually got ahold of Buddha Dog Rescue, who set up a trap and two enclosures to capture the wary dog, who'd been living on carcasses left by hunters on the 27-mile-long Wallkill Rail Trail.

“Once the enclosure was set it took five days for him to take baby steps over that threshold,” Buddha Dog Rescue wrote in a Facebook post this week.

“Watching his antics on video were a constant source of amusement,” the post continued. “He would chase the critters away from his enclosure, play with toys that we left for him and play bow and do his little playful dance in front of the enclosure.”

Rescuers had nicknamed him Wally, but on the day he was finally captured, they learned he was Bandit and had a family.

“I immediately called the family, they were in a state of shock and the first words out of their mouths were ‘omg he's alive!’” Buddha Dog Rescue wrote. “Tears of joy and relief flowed.”

The family ultimately decided to leave Bandit with Buddha Dog Rescue because they feared he may escape from their fence-less yard and felt he'd be better off with someone who had the time to work with him during his rehabilitation.

When all was said and done, the 3-year-old pooch had spent half his life in the “dense, swampy woods” of Ulster County.

“He will need a lot of time, love and training to learn what it's like to live in a home again,” Buddha Dog Rescue wrote.

Despite all the effort it took to coax Bandit out of his wilderness home, Buddha Dog Rescue says it “was all worth it to bring this boy to safety.”