Given all the red tape, the earliest you might expect a New York dispensary to open to adults for recreational use is December -- but that's just around the corner. See the full list of approved sites below

New York state announced the first retail recipients of marijuana licenses on Monday, the latest step in an arduous process steeped in legal red tape and one that moves the Empire State closer to capitalizing on the economic potential that other states have reaped from recreational pot sales in recent years.

About a dozen of the 36 licenses announced Monday go to businesses within the five boroughs. The regulations then advance to a 60-day public comment period. (Scroll down for full list of approved licensees.)

The state Office of Cannabis Management says it reviewed 900 applicants in whittling down its annual approval list to the 36 unveiled Monday at its Harlem offices on 125th Street. Applicants in the initial round had to demonstrate “a significant presence in New York state." See the full list here.

You won't be able to knock on the doors today or tomorrow -- once a business or nonprofit gets a license, it still has a round of paperwork to complete. But the first New York recreational pot dispensaries should be up and running (and allowed to deliver) by December, and that's not even two weeks away. And Monday's announcement is just the first wave.

Going forward, license applications will be sent to the board for its consideration on a rolling basis.

It's not clear how many total licenses will ultimately be awarded statewide or in New York City, where some in Brooklyn are waiting with bated breath after a federal judge temporarily blocked the state from issuing recreational pot licenses there and in upstairs areas amid ongoing legal challenges to the selection process.

The judge's order temporarily bars the state from issuing retail licenses for the five regions of the state Variscite selected in its business application: Brooklyn, central New York, the Finger Lakes, the mid-Hudson region and western New York. It does not cover nine other regions of the state, including the rest of the city.

The ruling affects up to 63 of the 150 possible business licenses.

New York still plans to begin adult marijuana sales by the end of the year, starting with shop owners with past pot convictions or their relatives. State lawmakers designed the legal market to make sure the first retailers were people directly affected by drug law enforcement. The board said Monday the initial approvals did include "justice-involved individuals," businesses affected by prior cannabis convictions, and nonprofits that serve the recently incarcerated.

“They don’t really have a lot of options but to wait and hope that they don’t end up having to suffer any losses," said Dan Livingston of the Cannabis Association of New York, a trade group.

Whatever the wrinkles, New York's approach to legalization has gotten some kudos for innovating and emphasizing equity, and applicant advocate and cannabis lawyer Scheril Murray Powell counsels patience. As chief operating officer of the Justus Foundation, she works to help longtime sellers go legal.

Meanwhile, there is new pressure on those businesses that have been selling pot without a license, seemingly without impunity, for months.

“We’ve put out requests to cease and desist. Particularly the storefront and the trucks. I’ve been very clear about the frustration that it’s caused," said Chris Alexander, from the NYS Office of Cannabis Management. 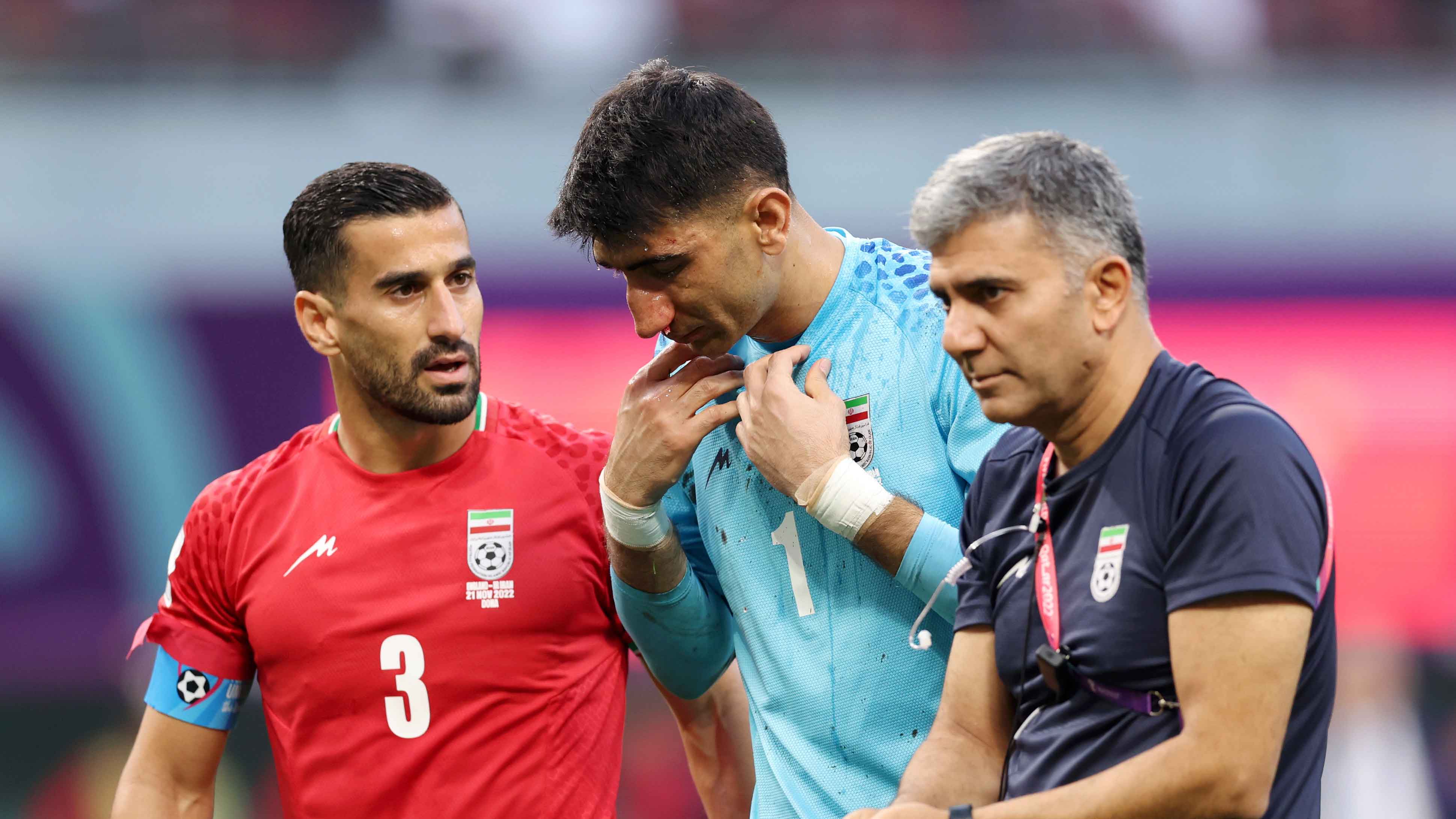 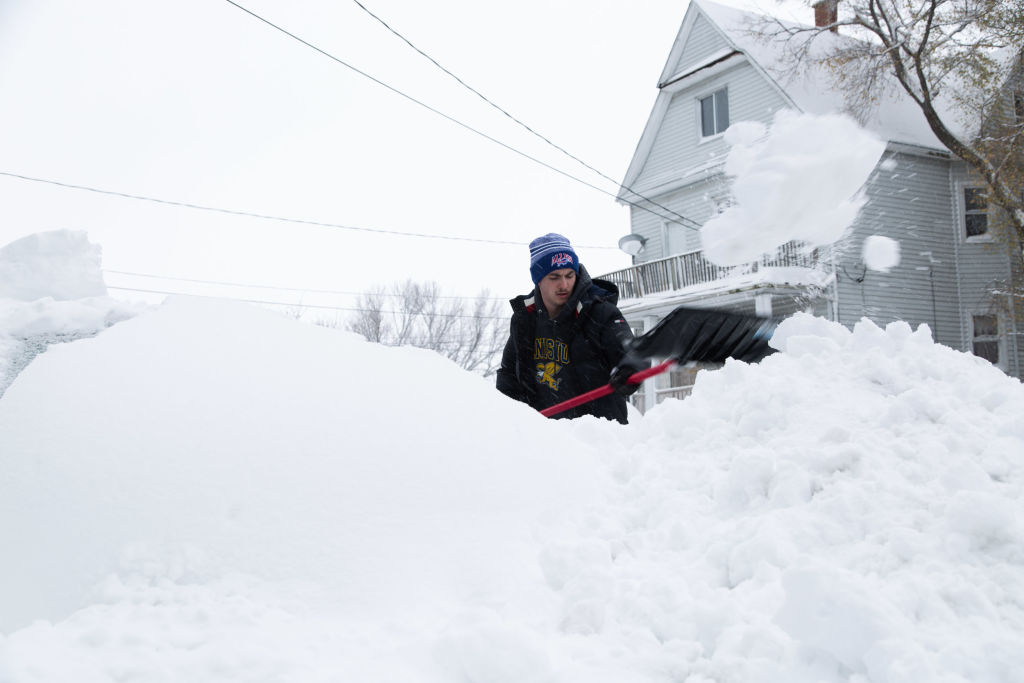 Which Are the First Adult Use Marijuana Dispensaries in NYC

Here are the first businesses and nonprofits granted licenses to sell pot to adults for recreational use in New York. 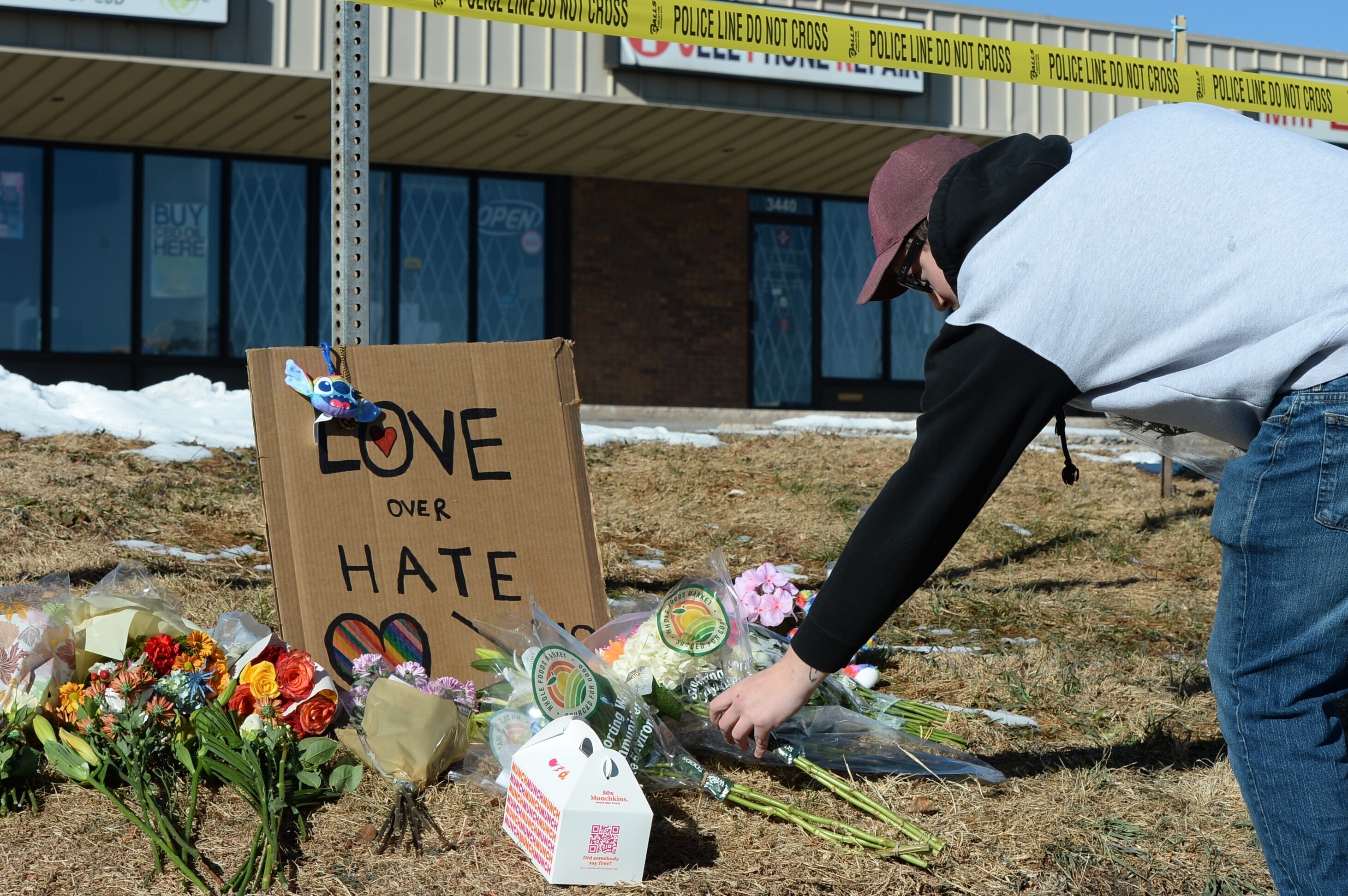 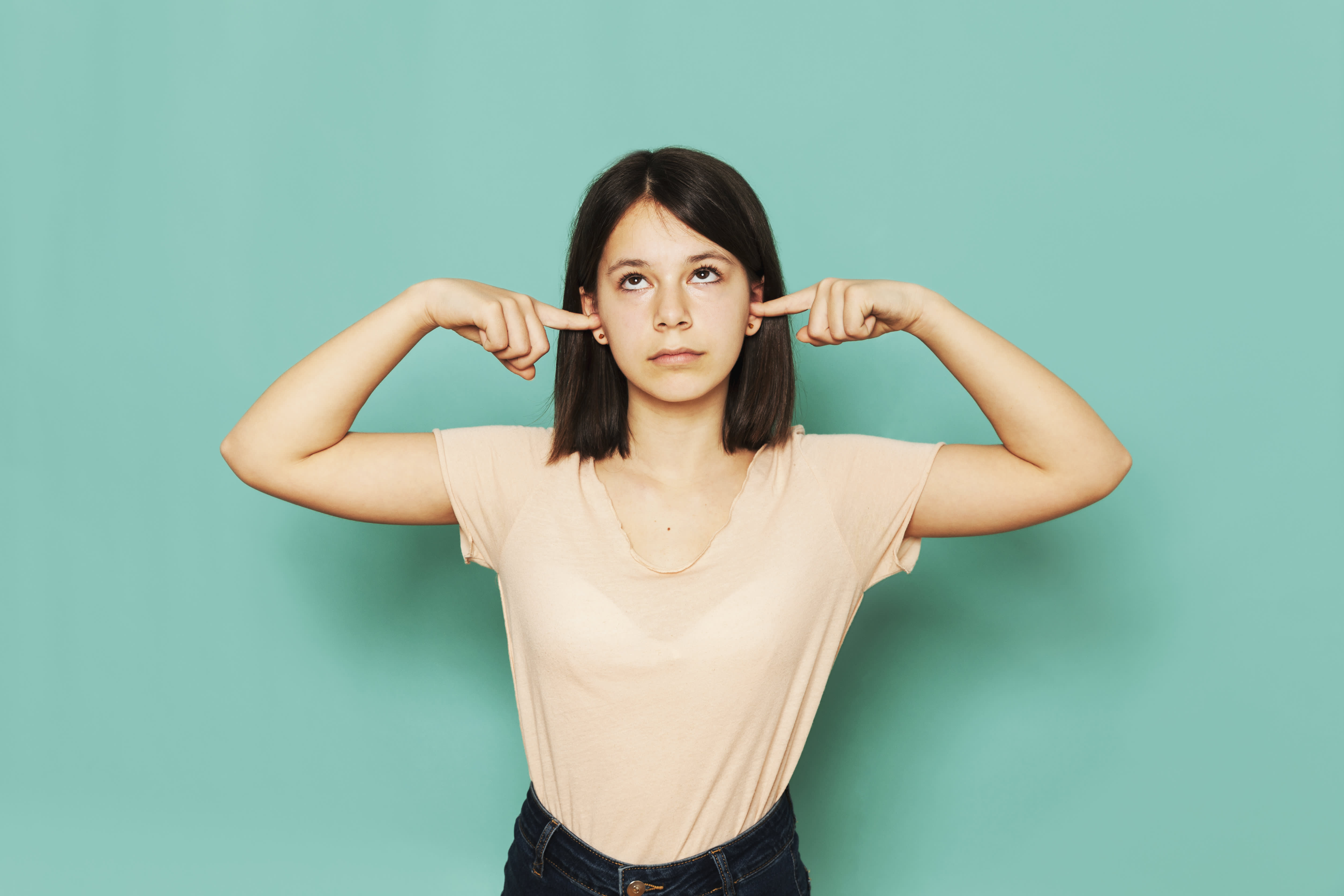 Avoid These 10 ‘Cringeworthy' Phrases That Are Annoying Your Co-Workers

Police Search for Father After ‘Horrific,' ‘Gruesome' Murder of Baby Girl in Conn.

New York will begin handing out the first round of retail licenses for recreational marijuana sales, Andrew Siff reports.

Housing Works Cannabis, LLC - HOUSING WORKS
Housing Works is a healing community of people living with and affected by HIV/AIDS, including the recently incarcerated. The New York City-based nonprofit is the nation’s largest community-based AIDS service group as well as the nation’s largest minority-controlled AIDS organization. It serves over 15,000 people annually through primary and mental health care, case management, reentry services, job training, behavioral health, and more. Their Justice Initiative, launched in 2018, focuses on catering those services to New Yorkers recently released from incarceration, tailoring their work to the specific needs of that population. Housing Works operates 12 thrift shops, a bookstore café, and a processing and distribution center; all of which employ graduates of their job training and peer training programs and are designed to give them work experience that will help them build for the future.

Urban Weeds LLC - Urban Upbound
Urban Upbound is a Queens-based organization that assists individuals, including formerly incarcerated New Yorkers, looking for employment. The services they provide include 1-on-1 career counseling, sector-focused job readiness training, financial counseling and job placement and retention services for unemployed and underemployed youth and adults. It also operates the Urban Upbound Federal Credit Union (UUFCU), which serves as an important pillar of the Urban Upbound model and an anchor in the community, connecting Queens residents to financial products that promote long-term asset building and economic mobility that are not available through mainstream banks.

CWS Holdings I, LLC -- Challenge Industries
Challenge Industries is a non-profit organization based in Ithaca, New York that for over 50 years has been committed to creating pathways to employment for people with disabilities or barriers to resources such as justice-involved individuals. Since 1968 Challenge has served over 700 individuals involved with the justice system by providing them with programs that range widely, from pre-vocational services, which offer training and experience in general work skills, to direct placement, which provides jobseekers with the tools and supports to secure full-time employment with opportunity for career advancement. Challenge is a partner agency in Workforce Development and has close working relationships with the Tompkins County Department of Social Services, local community service agencies and schools, and ongoing relationships with over 250 employers in Tompkins and surrounding counties in upstate New York.

Kush & Kemet LLC - LIFE CAMPS
Founded in 2002, LIFE Camps (Love Ignites Freedom Through Education) is a community organization that is a leader in violence prevention and intervention in the country. Investing in local youth's educational and social development while offering resources for families that have been inaccessible in the past. LIFE Camp says it has contributed to a decline in crime since its founding and through alternative community initiatives that provide mental, physical, and emotional wellness needs of parents and families impacted by the trauma of gun violence.

On Point Cannabis, INC. - Broome County Urban League
Since 1968, the Broome County Urban League (BCUL) has provided social services for their local community in Binghamton, New York. The BCUL focuses on youth development through after-school programs, tutoring and mentorship opportunities, technology classes, and workforce development. BCUL is committed to supplying justice-involved individuals with resources and education. All programs are available for all, regardless of age. From 2012-2018 the BCUL co-led a work program that employed justice-involved individuals and others from hard-to-reach populations providing vocational opportunities to increase employability skills.

GOTHAM CAURD - STRIVE, Inc.
Founded in 1984, STRIVE has been a national leader in helping those facing the biggest societal barriers to employment. Providing training and support to justice-involved individuals, STRIVE has worked to build careers and assist individuals in achieving economic empowerment. Through their re-entry programs STRIVE has administered one federal grant serving 3,500 justice-impacted adults and youth, across 10 U.S. cities. With a long history of serving justice-involved individuals, STRIVE has transformed the lives of more than 80,000 participants by successfully helping them enter and re-enter the workforce through their STRIVE Career Path and STRIVE Future Leaders.