A Bronx man carrying a gas can and matches was arrested near Rockefeller Plaza Monday afternoon, police say.

NYPD Critical Response Command officers stationed in the area of Sixth Avenue and 48th Street were alerted by a witness to a man yelling, "F--- the NYPD" and throwing a bottle, NBC News reports.

When officers went to arrest Alterman, he allegedly told police, "Sometimes you guys do things that make others do things, even though that's not who we are," the official told NBC News.

He added, "Have you seen the news today?"

A separate law enforcement official said he became combative when he was confronted by cops. The man did not get close to the tree or to the crowds, a source said.

At the time of his arrest, the NYPD says he was carrying a red two-gallon gasoline can that was half-filled with fluid that smelled like gasoline, as well as matches and a book called "Son of Hamas." 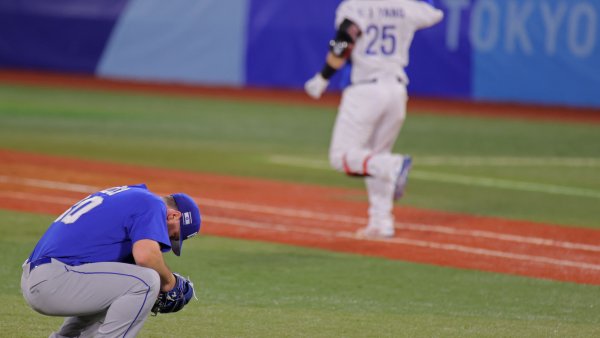 New Yorkers Are the Secret Behind Israel's Olympic Baseball Program

A police department official said Alterman told police that he got the gas can at 10th Avenue, did not have a car and was walking around.

Alterman was charged with felony making a terroristic threat and two other misdemeanor charges.

Attorney information for the man was not immediately available.

Alterman, who told police he lives at a halfway home, did not pick up at a phone number listed for him.

Police say Alterman has been arrested twice this year on criminal mischief and criminal trespass charges.

Tom Winter contributed to this report