The victim refused medical attention at the scene

Police are looking for a man they say punched a 25-year-old wearing traditional Jewish garb, then broke off a piece of furniture and threw it at him in what they are investigating as an apparent hate crime in Brooklyn this week.

The stranger approached the victim on Martin Luther King Jr. Place shortly after 11:30 a.m. Monday, made an anti-Jewish statement and punched him in the chest.

Cops say he then broke a piece of furniture and threw it at the victim, striking him in the back. The suspect ran off afterward. 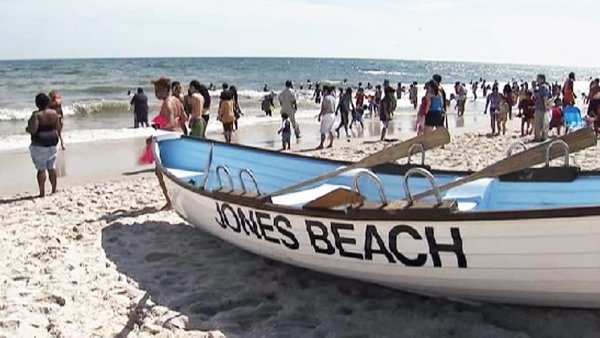 The victim complained of pain to his back and chest but refused medical attention at the scene. The NYPD Hate Crime Task Force investigation is ongoing.

Gov. Andrew Cuomo says he has also directed the state's Hate Crimes Task Force to offer assistance in the investigation.

"I am disgusted to learn of yet another attack against a member of our Jewish community in broad daylight," Cuomo said in a statement Friday. "This is anti-Semitism, plain and simple. It's abhorrent and unacceptable, and these hateful acts have absolutely no place in New York."

Police released surveillance footage of the suspect (above). Anyone with information about him is asked to call Crime Stoppers at 1-800-577-TIPS.