The man police believe to be responsible for violently kicking a woman in the chest, sending her falling down an escalator at a Brooklyn subway station, has been arrested.

Bradley Hill was taken into custody Friday night, and charged with assault and attempted assault for the incident that was caught on surveillance footage on Sept. 9. He did not respond to reporters' questions as police led him out of the stationhouse in handcuffs.

In the video, the 32-year-old Hill is seen going up the escalator at Barclays Center. The video shows him turning around to kick the victim in her chest, sending her tumbling down several feet of the narrow steps.

The victim said that it all started with a bump.

"There was someone that brushed past me, like pushed me to the side and it was this guy and I told him real quick, 'say excuse me,'" the woman told NBC New York earlier in the week.

That's when the man snapped, according to the woman, and kicked her in the chest sending her 20 feet down the escalator. She suffered an injured ankle, as well as bruises and cuts across her body, police said. 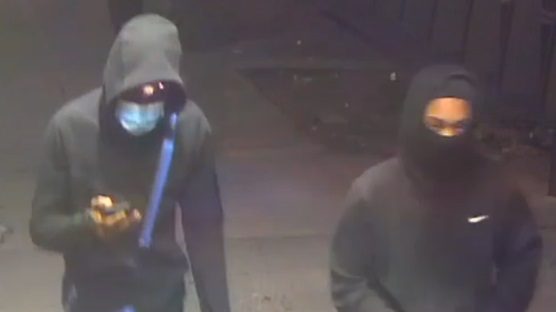 “I’m lucky I’m not dead or unconscious but it could happen to somebody that runs into him," the woman said.