Listen Up: A Closer Look at the Top Stories for Friday, April 26

Happy Friday! Pack that umbrella and rain gear it's going to be a damp one for much of the day today, but highs will be in the 50s. As always, get the latest forecast at nbcnewyork.com/weather. 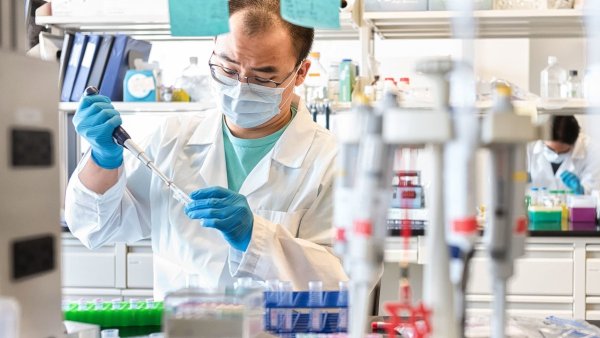 It's been a long time coming, but the L train slowdown is here.

It's not the shutdown we were all freaking out about last year, but the MTA is starting more than a year of work on the line.

Most rush hour days wont be impacted, but trains could be slowed way down on weeknights and weekends.

The New York Giants have a surprising heir apparent to Eli Manning and a run-stopping successor to Snacks Harrison on the defensive line.

The Giants stunned many at the NFL draft by taking quarterback Daniel Jones of Duke with the sixth pick overall, before turning to a glaring need on defense by selecting Clemson tackle Dexter Lawrence with the 17th pick overall.

In the weeks leading up to the draft, many prognosticators felt the Giants would fill the defensive needs with the sixth pick and then turn their attention to quarterback at No. 17, the pick they got from Cleveland by trading wide receiver Odell Beckham Jr., perhaps targeting Dwayne Haskins of Ohio State or Drew Lock of Missouri.

3. Your License May Soon Be Invalid for Domestic Flights

Do you have a gold star? If not, you will soon not be able to board a domestic flight.

Come next year, if you plan to take a domestic flight you will need specific forms of your license to board the plane.

The TSA is rolling out new requirements nationwide and travelers in New Jersey and New York are among the impacted.