‘Like I'm In A War': Hero Who Helped Lift Crashed Cab Off Victims Describes Scene

Police say the taxi collided with a bicyclist before jumping the curb and hitting the three women, at least one of whom could lose a leg

Ordinary New Yorkers turned into extraordinary heroes to help save victims, and are describing what the scene was like after two women suffered severe leg injuries when police said an out-of-control taxi cab hit a bicyclist before hopping a curb and slamming into a group on a busy Manhattan sidewalk.

Two people were left trapped under the taxi SUV Monday afternoon, after the 60-year-old driver was trying to turn left on Broadway around 1 p.m., but struck a bicyclist moving southbound near West 29th Street, police said.

"It was like pow, people started shouting, screaming," said Bayo Falaye, who was a block away when the crash occurred. "Everybody's was like, 'What's going on, what's going on?' I was thinking it was a fight until we saw it was an accident." 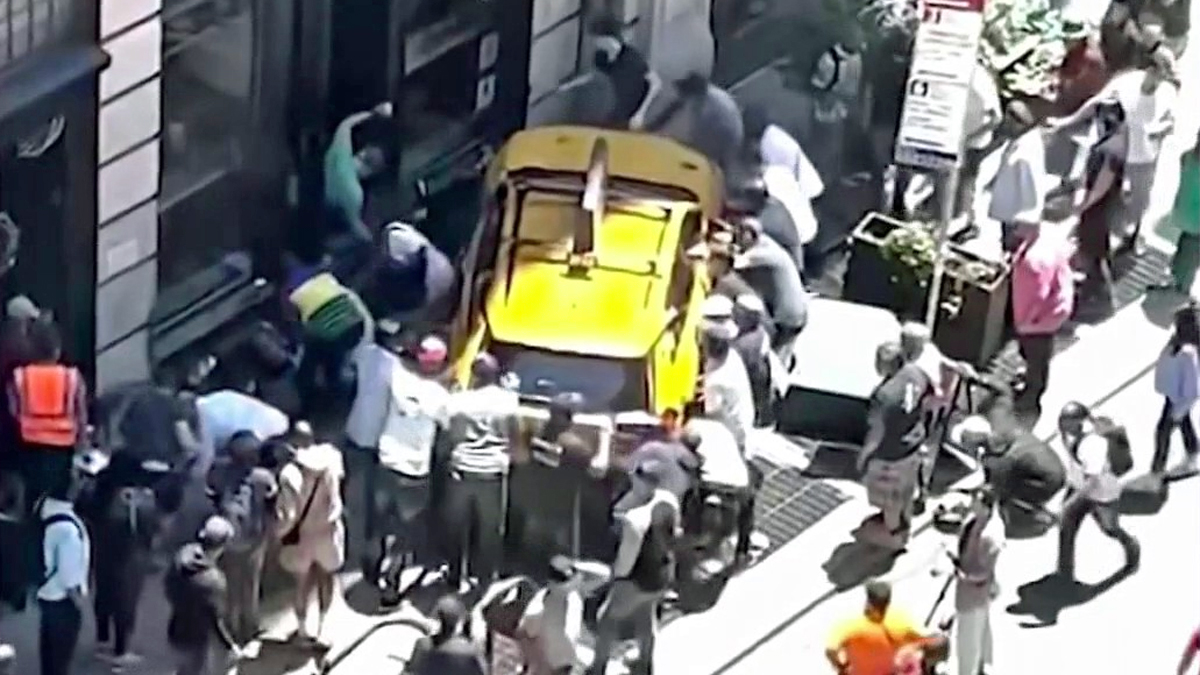 Law enforcement sources said that a cyclist ran a red light on Broadway and collided with the cab as it was turning.

The impact threw the bicyclist to the road, and the taxi dragged him briefly before it hopped the curb and started traveling down the sidewalk, coming to a rest further down Broadway. Six people were injured in the crash, three critically, police said.

Two women, a 32-year-old and a 48-year-old, were taken to a hospital in critical condition with serious injuries to their legs. Their conditions remained critical as of Tuesday morning.

The four injured pedestrians are all tourists, two from Mexico and two from Ohio.

The driver of the cab was transported to a hospital for treatment of pain to his neck and back, while the 50-year-old bicyclist was taken for treatment of a right arm injury. He was also expected to recover.

A crowd of onlookers tried to lift the vehicle off the trapped women after the Monday afternoon accident. Cops described a "remarkable" scene as some 15 to 20 people rushed over to help move the taxi off the women.

A bike delivery worker, who asked not to be identified, was among those who rushed in to help pick up the car off the victims.

"When I look at her eyes, it's horrible, like I'm in a war or something," he said. "It's not normal, so last night I didn't sleep."

Falaye said he thought the situation on the roads in NYC was getting worse, and the numbers back up his belief. The number of traffic deaths in the city have increased since the pandemic, and Mayor Eric Adams is facing pressure to find a solution.

Adams has promised to redesign 1,000 intersections and beef up police traffic enforcement. On Tuesday, the group Transportation Alternatives blamed the taxi driver for the crash, and said it could have been prevented by making Broadway car-free.